NASA officials cleared Boeing’s Starliner spacecraft for flight Thursday after a “thorough and comprehensive” review of the crew capsule’s readiness, setting the stage for final pre-launch preparations at Cape Canaveral ahead of liftoff Dec. 20 on an unpiloted demonstration mission to the International Space Station.

The Starliner’s Orbital Flight Test will blast off on top of a 172-foot-tall (52.4-meter) United Launch Alliance Atlas 5 rocket from Cape Canaveral Air Force Station. The test flight is a prerequisite for the first Starliner launch with astronauts on-board, a milestone mission scheduled some time in 2020.

“Together, NASA and Boeing are ready to demonstrate the capabilities of the CST-100 Starliner spacecraft ton top of a human-rated Atlas 5 rocket,” said James Morhard, NASA’s deputy administrator. “This is the first flight test to the International Space Station of this new crew-capable system.”

During a full day of briefings and discussion Thursday at NASA’s Kennedy Space Center, representatives from NASA, Boeing and United Launch Alliance reviewed the status of flight hardware, software and the space station’s readiness to receive the Starliner spacecraft.

“We are go for launch for the Orbital Flight Test next Friday, Dec. 20,” said Phil McAlister, director of NASA’s commercial spaceflight development programs. “There’s still some standard open work to complete, and a couple of technical issues we have to close out, so we could move off the 20th. But right now, the 20th is looking good.”

“Part of our requirements was to provide that dataset to the International Space Station program, Mulholland said. “They are almost complete with that review, but they are conducting a thorough review of that to make sure that they’re satisfied with the thoroughness of our build.”

Mulholland said final analysis and qualification of the Starliner’s “mission data load,” which will be loaded into the capsule’s computer Tuesday, is also ongoing.

The Atlas 5’s Russian-made RD-180 main engine and two Aerojet Rocketdyne solid rocket boosters will power the launcher off the pad. A dual-engine Centaur upper stage will power the Starliner into space and deploy the capsule on a preliminary suborbital trajectory. The capsule’s own thrusters will fire about a half-hour after liftoff to reach a stable orbit and begin its pursuit of the station.

“While officially getting the authority to proceed with the launch, it’s important to remember that the launch of the Starliner is just the beginning,” Mulholland said Thursday. “The spacecraft will spend about eight days in orbit, and we’ve got a highly skilled team who will be executing the mission.”

Boeing, ULA and NASA have backup launch opportunities reserved with the U.S. Air Force’s Eastern Range at Cape Canaveral for Dec. 21 and Dec. 23.

Assuming the launch occurs Dec. 20, docking of the Starliner spacecraft with the International Space Station’s Harmony module is scheduled for Dec. 21 at 8:08 a.m. EST (1308 GMT).

The space station crew will open hatches and enter the Starliner spacecraft, retrieving cargo and performing inspections during the ship’s week-long stay.

After slowing its speed enough to fall back into the atmosphere, the Starliner will jettison its disposable service module. The crew module will orient itself to fly belly first, exposing its heat shield to temperatures up to 3,000 degrees Fahrenheit (1,650 degrees Celsius).

While the service module burns up in the atmosphere, the spacecraft’s crew module will unfurl three main parachutes to slow down for landing. The capsule will inflate airbags to cushion its touchdown at White Sands Space Harbor in New Mexico on Dec. 28 at 5:48 a.m. EST (1048 GMT).

Recovery teams will be on standby at White Sands, the mission’s preferred landing site, to safe and retrieve the spaceship. They will transport the capsule back to Florida for refurbishment and reuse on a future crewed Starliner flight.

“Mainly, the focus of this flight is to prove out … the spacecraft’s ability to get to the International Space Station and dock safely, transfer the cargo, and then safely return back to White Sands,” Mulholland said.

The Flight Readiness Review held Thursday was a major milestone in the Starliner’s first launch campaign.

“The Boeing team, in particular, went above and beyond in the last few months to complete the necessary testing and prepare the necessary certification products required for this review,” McAlister said. “Everyone is eager to see this mission fly, but the NASA team did a thorough and comprehensive job verifying all the safety products.

“If someone saw something that gave them pause or required additional work, they spoke up, we talked about it, and in some cases, we developed additional data to help close the open item,” McAlister said. “The team worked quickly but they didn’t hurry, and I think that speaks to the competence and professionalism of the team.”

NASA is paying Boeing more than $4.8 billion for the Starliner program through a series of agreements and contracts since 2010. While the decade-long development of the Starliner spacecraft is nearing the finish line, the unpiloted test flight later this month is a precursor to future flights with astronauts.

Boeing astronaut Chris Ferguson, a former space shuttle commander, will fly on the Starliner’s first crewed test flight next year. NASA astronauts Mike Fincke and Nicole Mann will join Ferguson on the mission to the space station, where they could stay for up to six months.

The Starliner’s demonstration flight this month will also test the capsule’s life support systems before astronauts fly next year. An instrumented test dummy named “Rosie the Astronaut” will ride in one of the capsule’s seats to collect data on the environments astronauts will see on future missions.

“This uncrewed test flight is not just another contract milestone,” McAlister said Thursday. “Its just a phenomenal opportunity for us to learn the true performance of the spacecraft. Computer models are great, but they only go so far. Seeing how the spacecraft actually performs in the operational environment of space is a huge confidence-building measure, and it’s going to provide us with the critical data we need for the final certification.”

McAlister cautioned that the Starliner’s first trip to space will be risky.

“While we’ve done everything we think is necessary prior to flight, there will undoubtedly be some unexpected results,” he said. “This is a test, and testing inevitably identifies some items that were unanticipated, and some of those items may even be unwelcome, but we are going to work through all those challenges that may arise in order to get our crew members to space, and our spacecraft will be better because of it.”

NASA’s other commercial crew partner, SpaceX, conducted the first unpiloted test flight of its Crew Dragon spacecraft to the station in March. Kathy Lueders, manager of NASA’s commercial crew program, said Thursday that SpaceX could launch its first Crew Dragon flight with astronauts in the first quarter of 2020.

After the Starliner and Crew Dragon complete their first crewed missions, NASA plans to certify both vehicles for regular crew rotation flights to the space station. Each capsule will carry at least four astronauts for NASA and international partners to and from the station, ending U.S. reliance on Russian Soyuz crew ferry ships.

A fifth seat on Starliner missions could be sold commercially for space tourists or private astronauts.

“We have not had this capability in the United States since the retirement of the space shuttle in 2011, and we are looking forward to ending that gap,” McAlister said. 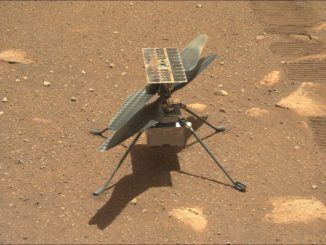 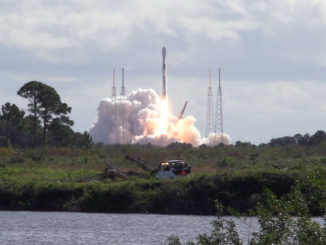 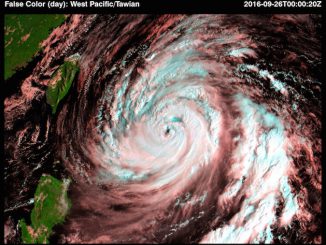