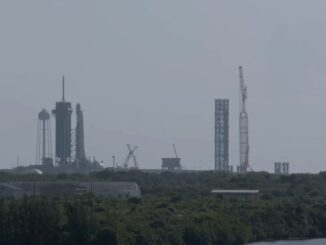 SpaceX continues to launch Falcon 9 rockets from Launch Complex 39A in Florida as construction work advances on the nearby tower for the company’s next-generation Starship rocket. Overnight Tuesday, SpaceX rolled another Falcon 9 to pad 39A for liftoff with the next batch of Starlink internet satellites, just hours after another section of the Starship gantry tower arrived at the pad. 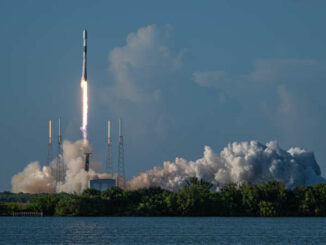 South Korea’s first mission to the moon lifted off at 7:08 p.m. EDT (2308 GMT) Thursday from Cape Canaveral Space Force Station in Florida. The launch was the second of the day from Florida’s Space Coast, marking the shortest turnaround between launches at Cape Canaveral since 1967. 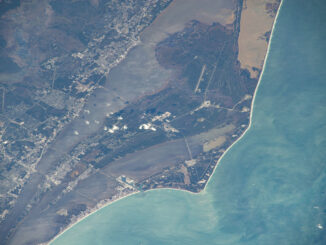 With two rockets from industry rivals United Launch Alliance and SpaceX ready for liftoff just 12 hours apart Thursday, the Cape Canaveral spaceport is poised to surpass the record for most missions in a year to fly into orbit from its launch pads. The launch day doubleheader would also mark the shortest span between two space launches from Florida’s Space Coast since 1967. 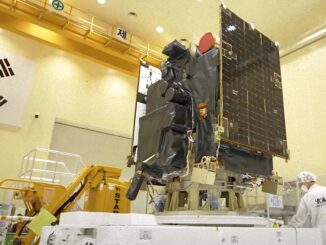 A South Korean spacecraft set for launch to the moon next week from Cape Canaveral has been loaded with the fuel it needs to maneuver into a low-altitude lunar orbit for image-taking and scientific observations. 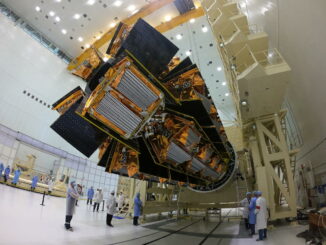 OneWeb and Eutelsat announced plans to merge Tuesday, bringing together OneWeb’s network of internet satellites in low Earth orbit with Eutelsat’s fleet of larger video, data relay, and broadband platforms in geostationary orbit. OneWeb says it is on track to resume deploying its remaining internet satellites as soon as September, with three SpaceX flights and two Indian launches on tap to replace Russian Soyuz rockets no longer available after Russia’s invasion of Ukraine. 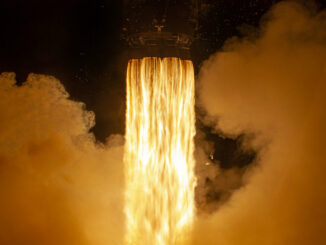 SpaceX and NASA have delayed the launch of the next U.S. crew flight to the International Space Station from early September to no earlier than Sept. 29, allowing time for ground teams to replace an interstage on the mission’s new Falcon 9 booster after it was damaged during transport. 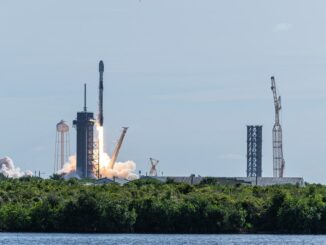 Continuing a record-breaking launch cadence, SpaceX sent a Falcon 9 rocket aloft Sunday from the Kennedy Space Center in Florida with 53 more satellites for the company’s Starlink internet network, the sixth Falcon 9 launch in 17 days and 33rd overall this year. 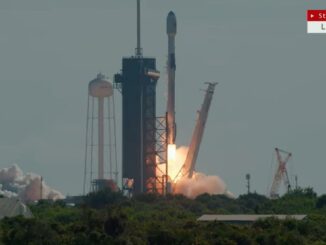 SpaceX sent another cluster of 53 Starlink internet satellites into orbit Sunday aboard a Falcon 9 rocket, the company’s 33rd mission of the year and sixth launch of July. Liftoff from pad 39A at NASA’s Kennedy Space Center in Florida occurred at 9:38 a.m. EDT (1338 GMT). The Falcon 9 booster landed on SpaceX’s drone ship parked downrange in the Atlantic Ocean northeast of Cape Canaveral. 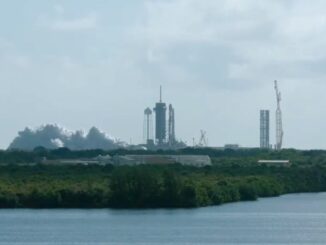 SpaceX test-fired a Falcon 9 rocket at NASA’s Kennedy Space Center Saturday in preparation for liftoff Sunday with the company’s next batch of 53 Starlink internet satellites. Test-firings on the launch pad were once a customary part of every SpaceX launch campaign, but the company is phasing out the static fire tests for most missions as the Falcon 9 launch cadence has ramped up to an average of one flight per week 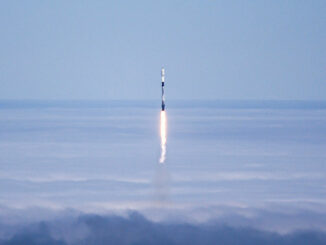 With 2022 barely half over, SpaceX launched its 32nd mission of the year Friday from California’s Central Coast, breaking the company’s record for most launches in a year and delivering 46 more Starlink internet satellites into polar orbit to provide global broadband service.