SpaceX trucked its Crew Dragon Endeavour spacecraft — refurbished with a new heat shield and structural enhancements — across the Cape Canaveral spaceport this week for attachment to a Falcon 9 rocket ahead of a planned liftoff next Thursday with four astronauts heading to the International Space Station.

The crew capsule arrived Tuesday at the hangar near pad 39A at the Kennedy Space Center after a trip up the road from nearby Cape Canaveral Space Force Station, where SpaceX processes Crew Dragon spacecraft between missions.

Once the capsule was inside the cavernous hangar, SpaceX teams lifted the spacecraft of its transporter and rotated it horizontal for a connection with its Falcon 9 launcher. SpaceX plans to roll the Falcon 9 and Crew Dragon Endeavour up the ramp to pad 39A later this week ahead of a test-firing and a launch dress rehearsal this weekend.

Like the Crew Dragon Endeavour spacecraft, the Falcon 9 booster is reused from a previous mission. The first stage previously launched Nov. 15 with SpaceX’s previous crewed mission, known as Crew-1, boosting the Crew Dragon Resilience spaceship toward the space station with four astronauts on-board.

The rocket landed on a SpaceX drone ship in the Atlantic Ocean and returned to Florida’s Space Coast for inspections and refurbishment. NASA and SpaceX agreed to assign the booster to launch the Crew-2 mission this month.

Assuming an on-time launch next Thursday, the Crew Dragon Endeavour is scheduled to dock with the station at 5:30 a.m. EDT (0930 GMT) next Friday, April 23. Kimbrough and his crewmates will spend about six months on the space station before returning to Earth in late October.

The Crew-2 astronauts will replace Mike Hopkins, Victor Glover, Soichi Noguchi, and Shannon Walker, who flew to the space station last year on the Crew-1 mission. Hopkins’s crew is scheduled to return to Earth on April 28 aboard Crew Dragon Resilience.

The SpaceX crew rotation this month comes after the launch of two Russian cosmonauts and a U.S. astronaut on a Soyuz spacecraft April 9 from the Baikonur Cosmodrome in Kazakhstan. Those crew members will replace an outgoing Soyuz crew preparing to depart the orbiting research lab Friday for a landing in Kazakhstan.

The Crew Dragon Endeavour’s first mission took off May 30, 2020, with NASA astronauts Doug Hurley and Bob Behnken on the first launch of humans into orbit from U.S. soil since the retirement of the space shuttle in 2011.

Hurley and Behnken launched aboard the commercial crew capsule on a test flight known as Demo-2, and they announced the name “Endeavour” for the spacecraft soon after reaching orbit. They logged 64 days in orbit, and spent nearly all of that time living and working on the International Space Station.

The two-man crew undocked from the space station and rode Crew Dragon Endeavour to a parachute-assisted splashdown Aug. 2 in the Gulf of Mexico south of Pensacola, Florida.

A SpaceX recovery ship ferried the spacecraft back to Cape Canaveral for post-flight inspections, refurbishment, and upgrades ahead of its second mission.

“I can happily say the vast majority of the vehicle is flight-proven,” said Benji Reed, senior director of human spaceflight programs at SpaceX. “In this case, we are changing some valves, for example, we are changing some of the thermal protection system. On crew vehicles … we always fly new parachutes. So some of those are new, but otherwise it’s really the same vehicle that’s very carefully inspected, carefully prepared, refurbished as needed, and ready to fly.”

The Crew Dragon spacecraft stands about 26.7 feet tall (8.1 meters) and measures 13 feet (4 meters) in diameter, according to SpaceX.

Steve Stich, manager of NASA’s commercial crew program, said in a press conference last month that the Crew Dragon for the Crew-2 mission will feature “enhanced capabilities” designed to make the spacecraft safer and ready to handle rougher seas and stronger winds.

“One of the upgrades on this vehicle is improved pad abort performance,” Stich said. “The Dragon is designed to have continuous abort capability from the launch all the way until it gets into orbit. SpaceX went off and looked at a way to optimize their propellant system and provide a little more propellant for an abort off the pad.”

“That did a couple of things,” Stich said. “One, it improved crew safety should we get into that kind of unfortunate situation for a pad abort where the crew would need to leave the pad for an emergency. And secondly, it really improved launch availability. We can handle a little bit stronger onshore winds and improve launch availability.”

The Crew Dragon could perform a pad abort in the event of a major problem with the Falcon 9 rocket on the launch pad. The capsule would fire its SuperDraco abort engines to propel itself off the rocket and over the Atlantic Ocean near the seaside launch complex in Florida, where the spaceship would deploy parachutes and splash down just offshore.

A pad abort or in-flight abort would help ensure the astronauts can escape a catastrophic rocket failure.

“When we splash down in the ocean, there’s basically this phenomenon that can occur called a secondary splash, or a secondary impact, where you hit the water and the water comes back up and basically hits the … structure,” Reed said.

“If there is just the right combination of wave height, winds, and velocity of the vehicle as it comes in, the secondary splash can hit pretty hard,” he said. “So we’ve done a lot to analyze for that and test for that.”

Some of the structural enhancements on the Crew Dragon Endeavour debuted with the launch of the Crew Dragon Resilience spacecraft in November. The upgrades will help SpaceX and NASA relax downrange wind and wave constraints, which can limit when the mission can launch or return to Earth.

“One of the things that we’ve done is we’ve actually beefed up parts of the structure, so that we can expand the window of opportunity to bring the crew home, while maintaining all of that safety and all of that margin,” Reed said. “For the crew, I think it’s a really important update that we’ve done on this particular Dragon. And going forward, that’ll always be part of the design.”

The Crew-2 mission will be the second operational crew rotation mission using a SpaceX Dragon spacecraft. SpaceX has a contract with NASA for a minimum of six crew rotation flights to the space station, and the company charges the agency about $55 million per seat, according to NASA’s inspector general.

NASA turned over crew transportation services to the private sector after the end of the shuttle program. The agency has contracts with SpaceX and Boeing for crew missions to and from the space station, but Boeing’s commercial Starliner capsule has not yet flown with astronauts.

One technical issue that delayed the first astronaut flight on a Crew Dragon spacecraft involved an explosion of a test capsule in 2019 just before a firing of the SuperDraco engines on the ground. Investigators found the explosion was caused by an unexpected interaction of nitrogen tetroxide, one of the propellants used in the SuperDraco engines, with a titanium valve in the high-pressure propulsion system. Stich said SpaceX has modified the propulsion system for the upcoming mission to make it safer.

“We learned a lot about titanium and nitrogen tetroxide, the oxidizer, and that compatibility,” Stich said. “We’ve enhanced the SuperDraco thrusters and removed some titanium from that system and gone to a stainless steel kind of material in those, and improved safety there.” 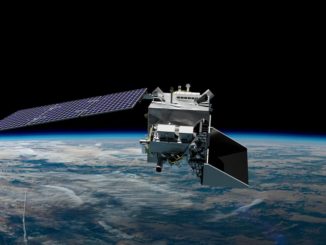 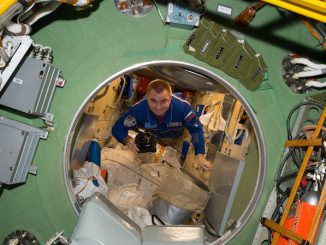 Space station crew could be cut to five 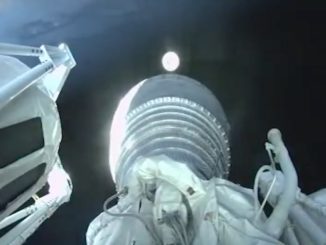