SpaceX’s proposal to land astronauts on the moon using the company’s reusable Starship vehicle could be “game-changing” for space exploration, but comes with risks and complexity that “threaten the schedule viability” to achieve NASA’s goal of returning crews moon by the end of 2024, agency officials said.

NASA awarded SpaceX a $135 million contract Thursday to advance the design of the Starship transporter for potential use as a crewed lunar lander. The space agency also inked a $579 million agreement with Blue Origin and a $253 million deal with Dynetics for work on their own human-rated lunar lander concepts.

SpaceX’s Starship is significantly larger than other other proposed landing systems. NASA will eventually select one company to lead development of a lander to carry astronauts to the lunar surface as soon as 2024, the schedule goal set by the Trump administration last year.

The landers are designed to transport crews from NASA’s Orion spacecraft in high lunar orbit to the moon’s surface, then back to the Orion ship, which will fly the astronauts back to Earth.

The funding provided in the contracts announced Thursday only covers a 10-month “base period” in the Human Landing System contract scheme. NASA plans a continuation review in February 2021, during which agency officials will likely select two of the three companies to continue with full-scale lander development efforts. But NASA has not ruled out continuing with all three concepts.

“Each company proposed a little bit different that they needed to do on their designs during the base period,” said Doug Loverro, associate administrator of NASA’s human exploration and operations mission directorate. “They all proposed different amounts of money in order to go ahead and get that work done.”

Read more about the lunar lander proposals in our earlier story.

The $135 million contract is the most significant government investment in SpaceX’s Starship program to date.

“SpaceX proposed the Starship,” said NASA Administrator Jim Bridenstine. “It’s obviously a very different solution set than any of the others. But it also, it could be absolutely game-changing. So we don’t want to discount it. We want to move forward. If they can have success, we want to enjoy that success with them.”

A source evaluation panel then rated the proposals submitted by Blue Origin, Dynetics and SpaceX on their technical and management approach merits:

SpaceX’s Starship vehicle will stand around 160 feet (50 meters) tall with a diameter of roughly 30 feet (9 meters), dwarfing the other human-rated lunar lander concepts. It will land and take off vertically, powered by Raptor engines each capable of generating nearly a half-million pounds of thrust at full power.

A giant Super Heavy booster being developed by SpaceX — fitted with 37 methane-fueled Raptor engines — will launch the Starship from Earth’s surface. The Starship has its own set of six Raptor engines, acting as an upper stage, orbital platform, and a deep space transporter.

Once in orbit after separation from its Super Heavy booster — which returns to Earth — the Starship is designed to be refueled in space, enabling it to carry people and cargo to the moon, Mars and other solar system destinations. Two other Starship-derived vehicles — a tanker and a propellant storage vehicle — would launch into orbit to deliver the fresh propellant to the Starship lunar lander, which would then propel itself toward the moon.

“The SpaceX design is a single-stage solution using their Starship concept,” said Lisa Watson-Morgan, NASA’s HLS program manager at the Marshall Space Flight Center in Huntsville, Alabama. “It provides extensive volume for the crew with two airlocks and ample down-mass capability. It can land up to 100 tons of cargo on the moon. It builds off their Falcon and Dragon heritage. The SpaceX proposal included in-space propellant transfer demonstrations, and an uncrewed lunar test landing.”

SpaceX said the Starship tailored for Artemis missions will not fly with a heat shield of landing flaps used for return to Earth. Instead, the vehicle would remain in space for multiple trips between the moon’s surface and lunar orbit.

Jurczyk, NASA’s third-ranking official and top civil servant, wrote that the Starship vehicle meets or exceeds all of NASA’s threshold requirements for the Human Landing System.

The expanded capabilities of the Starship offer NASA improved flexibility and mission effectiveness, both for the 2024 landing mission — named Artemis 3 — the landings that follow, Jurczyk wrote.

The Starship concept has two fully redundant airlocks, giving the vehicle the capability to support up to four suited astronauts if needed, according to NASA.

SpaceX’s proposed lander also leans on hardware and software from the company’s previous programs, such as the Dragon spacecraft to carry cargo and crews to the International Space Station, and the Falcon 9 launch vehicle, Jurczyk wrote.

NASA is trying to balance two objectives in the Artemis program. One involves getting astronauts to the moon fast to meet the Trump administration’s 2024 schedule goal. The other would allow for a “sustainable” presence of humans at the moon by 2028, largely thanks to the planned Gateway mini-space station NASA aims to build in lunar orbit in collaboration with international and commercial partners.

“This proposed design to be immediately developed in support of its first demonstration mission meets or exceeds all of NASA’s requirements for sustainability with reusable elements and robust capabilities that will help realize the agency’s long-term goals for a sustainable and cost-effective lunar surface transportation system,” Jurczyk wrote in the source selection statement. “These capabilities include numerous, extended duration EVAs (spacewalks), increase cargo capacity, the leveraging of refueling, and a design that supports any solar angle or thermal environment encountered on the lunar surface.

“By immediately incorporating these capabilities into its proposed design, SpaceX’s proposal provides substantial mission design flexibility and dramatically reduces the time and cost associated with transitioning into sustainable phase mission operations,” Jurczyk wrote. “These and other thoughtful sustainable design features offer excellent value to NASA for missions beyond 2024 while simultaneously meeting the solicitation’s condition of not adding additional risk or other detriments to the 2024 mission.”

But there are some signifiant risks to the Starship concept SpaceX proposed to NASA, according to Jurczyk.

He wrote that the Starship’s propulsion system is “notably complex and comprised of likewise complex individual subsystems that have yet to be developed, tested, and certified with very little schedule margin to accommodate delays.”

“Additionally, there is significant risk associated with successful development of the integrated propulsion system given the proposed approach for integrating and testing the individual elements of the system,” Jurczyk wrote. “While I note that SpaceX has proposed a robust and aggressive plan for early systems demonstrations, which lends credibility to its proposed execution, this plan does not adequately address the risk of potential delay in development, as well as concomitant delay to SpaceX’s demonstration mission.”

While SpaceX is testing prototypes of its Starship vehicle in South Texas, the company has not publicized any major advancements on the ship’s life support, propellant transfer, or Super Heavy booster systems.

Jurczyk wrote that the Starship operations plan “requires numerous, highly complex launch, rendezvous, and fueling operations which all must succeed in quick succession in order to successfully execute on its approach.”

He added that the risks threaten the Starship’s ability to meet NASA’s goal for a crewed lunar landing on the moon’s south pole in 2024.

Jurczyk wrote that SpaceX “heavily prioritizes early and numerous ground and flight system demonstrations to reduce schedule and technical risk,” an attribute he identified as a significant strength to the Starship proposal.

SpaceX says that many of the Starship’s systems will be demonstrated on operational missions prior to 2024. The company envisions the Starship and the Super Heavy booster — both fully reusable — as eventual replacements for the company’s Falcon rocket family and Dragon spacecraft.

The quick pace of testing planned by SpaceX will allow the company to mature critical technologies and reduce schedule and technical risk.

However, Jurczyk gave SpaceX a mixed review on the metric of past contract performance.

He wrote that SpaceX has had a “positive performance trend” with the company’s unpiloted Dragon cargo missions to the International Space Station. SpaceX has delivered cargo to the space station 21 times since 2012, demonstrating “successful experience in the areas of rendezvous and proximity operations, fault management, berthing, and mission operations,” Jurczyk wrote.

“This relevant past performance is likely to have a positive impact on SpaceX’s successful performance of the HLS effort,” he wrote.

But SpaceX’s poor record for on-time development with the human-rated version of the Dragon spacecraft and the Falcon Heavy rocket decreased the confidence of NASA’s source evaluation panel in SpaceX’s ability to successfully execute on its proposed Starship lunar lander development schedule.

The Falcon Heavy’s first test launch occurred in February 2018, well after SpaceX’s initial target to launch the heavy-lift rocket before the end of 2013.

Elon Musk, SpaceX’s founder and CEO, said in 2014 that piloted missions using the Crew Dragon could be flying in 2016. SpaceX and NASA are now on the cusp of the first Crew Dragon launch with astronauts, scheduled for no earlier than May 27.

One other significant strength of SpaceX’s Starship proposal outlined by Jurczyk was associated with the company’s approach to offering commercial services using the vehicle. SpaceX also proposed to provide “substantial” amounts of private funding to support the Starship development program.

That approach to the public-private partnership between NASA and SpaceX would “contribute to fostering a cislunar economy and result in more cost-effective, recurring lunar transportation services for NASA and other customers,” Jurczyk wrote.

“SpaceX plans to provide cargo and crewed mission services for a broad spectrum of commercial customers, enabling routine access to numerous locations beyond low-Earth orbit,” he wrote. “Finally, SpaceX’s proposed future ability to deliver large payloads to the lunar surface will be a key contributor to realizing NASA’s goal of a sustained human presence on the lunar surface.”

Here is a list of the Starship proposal’s strengths and weaknesses, as identified by NASA: 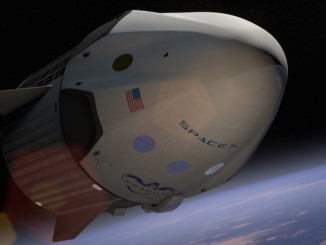 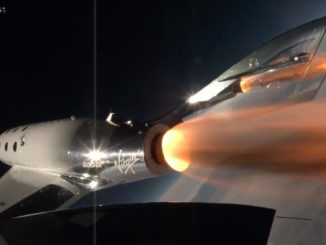 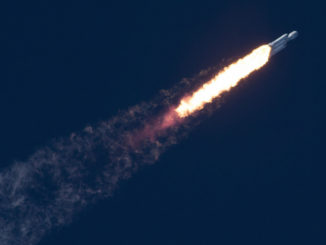