SpaceX’s launch team presided over a mock countdown Tuesday afternoon, during which the Falcon 9 rocket was filled with liquid propellants as if it was real launch day.

The countdown rehearsal culminated in the ignition of the Falcon 9’s main engines at 5:30 p.m. EST (2230 GMT) Tuesday. Hold-down restraints kept the Falcon 9 firmly on the ground at Cape Canaveral’s Complex 40 launch pad.

After several seconds, the Merlin engines shut down as a plume of steam and smoke appeared above pad 40. SpaceX tweeted later Tuesday evening to confirm the hold-down test-firing, which is a customary milestone in the company’s launch campaigns.

SpaceX will lower the Falcon 9 rocket horizontal and roll it back inside a hangar at the southern perimeter of pad 40 later this week. Workers inside the hangar will mate a Dragon cargo capsule to the rocket and prepare to return the fully-assembled launcher to the pad ahead of next week’s mission.

The launch attempt Dec. 4 is scheduled for 12:51 p.m. EST (1751 GMT), roughly the moment that Earth’s rotation brings the launch pad underneath the space station’s orbital track. It will mark SpaceX’s 12th launch of the year.

The Falcon 9’s first stage — making its first launch next week — is expected to attempt a landing on SpaceX’s drone ship in the Atlantic Ocean for refurbishment ahead of a future flight.

The Dragon supply ship will deliver several tons of equipment to the station, including more than a ton of specimens and hardware for scientific experiments, such as an investigation into flame behavior in microgravity, and 40 mice scientists are launching for a study of muscular degradation during spaceflight.

Assuming an on-time launch Dec. 4, the logistics mission will arrive at the station Dec. 7 and return to Earth with cargo in early January for a splashdown in the Pacific Ocean.

The Dragon spacecraft set to launch Dec. 4 previously flew two times to the space station on resupply missions in September 2014 and June 2017, according to SpaceX.

The launch and rendezvous of SpaceX’s Dragon spacecraft next week is not the only major activity planned aboard the space station in the coming days.

The Russian Progress MS-12 cargo freighter is scheduled to undock from the station’s Pirs module Friday to head for a destructive re-entry over the South Pacific Ocean.

On Monday, Dec. 2, Italian astronaut Luca Parmitano and NASA crewmate Drew Morgan will head out of the station’s airlock on the third in a series of spacewalks to repair the Alpha Magnetic Spectrometer, a $2 billion particle physics experiment searching for signs of antimatter and dark matter.

Russian teams at the Baikonur Cosmodrome in Kazakhstan are readying a Soyuz booster to launch the Progress MS-13 supply ship Dec. 6 at 4:34 a.m. EST (0934 GMT). That cargo mission is scheduled to arrive at the station Dec. 8, one day after the anticipated rendezvous of SpaceX’s Dragon cargo craft. 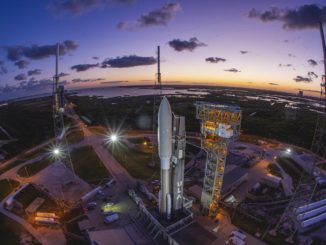 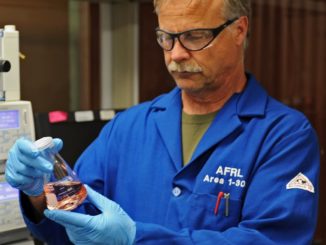