NASA has selected a SpaceX Falcon 9 rocket — flying with a reused first stage booster — to launch the Imaging X-ray Polarimetry Explorer mission from pad 39A at the Kennedy Space Center in Florida in April 2021, bypassing Northrop Grumman’s air-launched Pegasus rocket for the task.

The $50.3 million contract with SpaceX announced Monday covers “the launch service and other mission-related costs,” NASA said in a press release.

The value of the IXPE launch contract is one of the most concrete examples of SpaceX’s progress in reducing launch costs by recovering and reusing first stage boosters.

NASA awarded its most recent launch contract with SpaceX in April, selecting a Falcon 9 rocket to loft the agency’s Double Asteroid Redirection Test, or DART, mission from Vandenberg Air Force Base in California in mid-2021. A NASA spokesperson said that contract, valued at $69 million, has provisions for SpaceX to build a new first stage booster.

NASA’s Launch Services Program, which oversees procurement of launch vehicles for NASA’s research satellites, has awarded SpaceX contracts for six missions to date. Before DART, the last mission awarded to SpaceX was for the launch of the Sentinel 6A ocean altimetry mission in November 2020 from California. That contract, announced in October 2017, was valued at $97 million.

The launch contract for the IXPE mission announced Monday permits SpaceX to use a previously-flown first stage, according Tracy Young, a NASA spokesperson.

The terms of commercial launch contracts are often not publicly released, but satellite operators have said they received financial discounts from SpaceX when launching their payloads on previously-flown boosters. SpaceX typically charges more to U.S. government customers, such as NASA or the U.S. Air Force, because of the government’s oversight and mission assurance requirements.

“SpaceX is honored that NASA continues to place its trust in our proven launch vehicles to deliver important science payloads to orbit,” said Gwynne Shotwell, SpaceX’s president and chief operating officer. “IXPE will serve as SpaceX’s sixth contracted mission under NASA’s LSP, two of which were successfully launched in 2016 and 2018, increasing the agency’s scientific observational capabilities.”

During the mission’s preliminary design phase, engineers assumed IXPE would launch on Northrop Grumman’s air-dropped Pegasus XL rocket. The IXPE spacecraft, built by Ball Aerospace, was designed to fit inside the Pegasus rocket’s payload fairing envelope, and will weigh about 660 pounds (300 kilograms) at the time of launch.

IXPE is designed to fly in an unusual 335-mile-high (540-kilometer) equatorial orbit, at an inclination of 0 degrees, to minimize the X-ray instrument’s exposure to radiation in the South Atlantic Anomaly, the region where the inner Van Allen radiation belt comes closest to Earth’s surface.

The air-launched Pegasus XL rocket could have sent the IXPE spacecraft into such an orbit from a position over the Pacific Ocean near Kwajalein Atoll, the remote staging point for four previous Pegasus missions.

The only firm mission in Northrop Grumman’s Pegasus backlog is the launch of NASA’s Ionospheric Connection Explorer, or ICON, spacecraft. ICON was supposed to launch in 2017, but a series of problems with its Pegasus rocket have kept the mission grounded.

The earliest possible launch date for ICON is now likely no earlier than September, according to NASA and industry officials.

NASA’s launch contract for the ICON mission was valued at $56.3 million when the agency announced the agreement in 2014.

NASA last month selected a pair of heliophysics missions to become the next Small Explorer mission after IXPE.

Four satellites comprising the Polarimeter to Unify the Corona and Heliosphere, or PUNCH, mission will launch on the same rocket as two satellites that make up the Tandem Reconnection and Cusp Electrodynamics Reconnaissance Satellites, or TRACERS, mission. The PUNCH mission was originally designed to fly on a Pegasus rocket, but after NASA’s decision to launch PUNCH in tandem with TRACERS, officials are expected to select a different launcher.

IXPE passed its critical design review — the point at which a spacecraft’s design is frozen — last year, and engineers proceeded into full-scale manufacturing of the satellite and its X-ray telescope payload.

NASA selected IXPE to become the next in the agency’s line of Small Explorer missions in January 2017. At the time, NASA said the IXPE mission would cost $188 million, covering development of the spacecraft and its X-ray telescope payload, a launch vehicle, and two years of operations.

After launch, the IXPE spacecraft will extend a 13-foot (4-meter) boom holding three X-ray mirror modules to direct X-ray light onto a set of three detectors housed in the main body of the satellite.

The Italian Space Agency, ASI, is providing the X-ray detectors and a ground station for the IXPE mission.

IXPE will measure the polarization of high-energy cosmic X-rays, collecting data that will allow astronomers to study the unseen environment around black holes, neutron stars and pulsars, the extremely dense collapsed remains left behind by exploding stars.

Astronomers hope IXPE will reveal the spin of black holes, and yield new discoveries about the extreme magnetic fields around a special type of neutron star called magnetars. 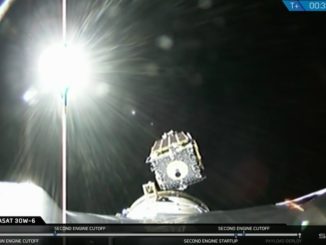 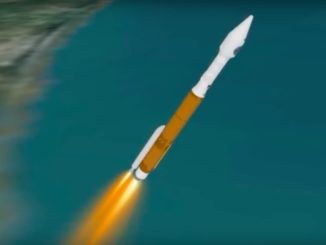 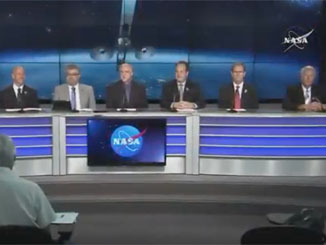