Closing out a 30-day mission, a SpaceX Dragon cargo capsule departed the International Space Station on Monday for a fiery trip back to Earth, culminating in re-entry back into the atmosphere and a parachute-assisted splashdown in the Pacific Ocean southwest of Los Angeles.

The station’s Canadian-built robotic arm pulled the Dragon spacecraft from its berthing port on the Harmony module early Monday, and ground controllers in Houston commanded the arm to release the supply ship at 12:01 p.m. EDT (1601 GMT). A series of three thruster firings by the Dragon’s Draco control jets pushed the capsule away from the station, setting up for a deorbit burn nearly five hours later.

The deorbit burn set up the Dragon for re-entry, slowing the craft’s velocity enough to dip into the atmosphere over the Pacific Ocean. Fitted with a protective heat shield, the capsule plunged back to Earth before deploying a series of parachutes to slow for splashdown in the Pacific Ocean around 202 miles (325 kilometers) southwest of Long Beach, California, at 5:48 p.m. EDT (2148 GMT; 2:48 p.m. PDT).

The unpiloted supply ship returned to Earth with more than 4,200 pounds (1,900 kilograms) of equipment.

SpaceX recovery teams were on station in the Pacific to hoist the capsule aboard a boat for the trip back to the Port of Los Angeles, where time-sensitive human and animal research specimens will be turned over to science teams around the world.

The mission was SpaceX’s 17th resupply flight to the space station under a $3.04 billion contract with NASA. The capsule arrived at the orbiting complex May 6, two days after a predawn launch from Cape Canaveral aboard a Falcon 9 rocket.

Before re-entering the atmosphere Monday, the Dragon jettisoned its unpressurized trunk to burn up during re-entry with a pair of decommissioned NASA instruments loaded into the external payload bay of the SpaceX cargo craft.

NASA’s Cloud-Aerosol Transport System, or CATS, instrument was fastened outside the space station after its delivery on a previous SpaceX cargo mission in January 2015. The CATS instrument measured clouds and tiny particles in the atmosphere that play a role in Earth’s climate and weather.

NASA’s SCaN Testbed experiment, which arrived at the station in 2012, was also tagged for disposal during re-entry of the Dragon’s trunk Monday. During its mission, SCaN Testbed demonstrated the use of software-defined radios for space communications.

SpaceX is gearing up for its next resupply mission to the space station, which is set for launch from Cape Canaveral in July.

More photos from Monday’s return of the Dragon spacecraft are posted below. 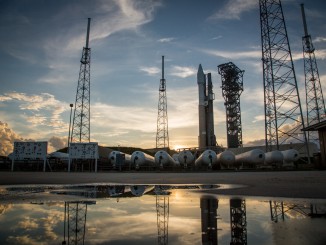 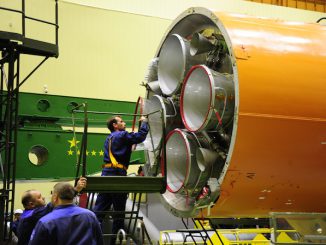 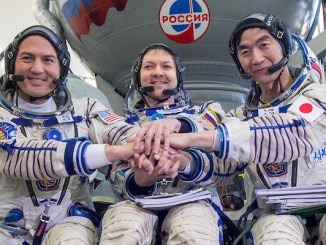