Passing a major pre-flight milestone ahead of a launch and landing planned early Sunday, a SpaceX Falcon 9 rocket ignited its main engines Wednesday for a hold-down firing at Cape Canaveral.

The next step in launch preparations will be to return the Falcon 9 rocket to its horizontal assembly building for mating with the Telstar 19 VANTAGE communications satellite, a U.S.-built, Canadian-owned craft set to begin a 15-year mission beaming broadband services across the Americas and the Atlantic.

Liftoff is set for 1:50 a.m. EDT (0550 GMT) Sunday at the opening of a four-hour launch window. It will be SpaceX’s 13th launch of the year, and the second flight of the company’s upgraded Falcon 9 Block 5 vehicle.

Read our full story for details on the static fire test. 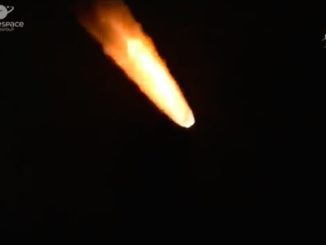 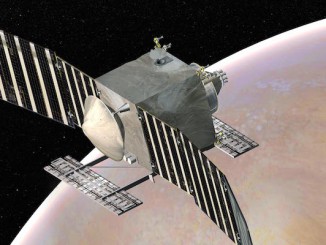 NASA might pick two Discovery missions, but at a price 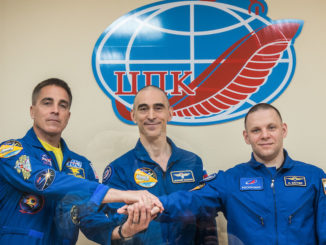