Liftoff of a previously-flown Falcon 9 rocket from NASA’s Kennedy Space Center with a European-built television broadcast satellite has been pushed back from Saturday until at least next Wednesday night, officials said.

The Falcon 9 launcher was supposed to take off with the SES 11/EchoStar 105 communications satellite Saturday evening, but two SES officials said Thursday that the mission would be postponed. An SES official familiar with the launch campaign said liftoff from pad 39A was now expected no earlier than next Wednesday, Oct. 11.

“The shift gives us extra time to complete final launch preps with the bonus of bypassing some bad weather headed for the Cape this weekend,” a SpaceX spokesperson said.

The company did not disclose a reason for the four-day slip, but one source said SpaceX needed to conduct some “minor engine rework” on the Falcon 9.

Built by Airbus Defense and Space, the nearly 11,500-pound (5,200-kilogram) satellite carries a shared communications payload for SES and EchoStar.

SES and EchoStar announced their agreement to develop the SES 11/EchoStar 105 satellite in September 2014. The companies then said the launch was expected by the end of 2016.

EchoStar Satellite Services will employ 24 Ku-band transponders aboard the satellite to replace digital network capacity the Colorado-based company currently leases on the AMC 15 satellite owned by SES. For its half of the new satellite, SES intends to operate the craft’s C-band transponders for video and data distribution services.

The Falcon 9 rocket will deploy the SES 11/EchoStar 105 satellite into an elliptical transfer orbit high above Earth, then the spacecraft’s on-board thruster will steer it into a circular geostationary orbit along the equator. The spacecraft will begin service hovering over 105 degrees west longitude, giving its antennas coverage over the Americas.

The slip will move the launch of SES 11/EchoStar 105 after a Falcon 9 flight from Vandenberg Air Force Base in California set for Monday, Oct. 9. That mission, flying with a newly-built Falcon 9 rocket, will add 10 more satellites to Iridium’s next-generation voice and data relay fleet.

Preparations for the Iridium launch from California’s Central Coast are proceeding on schedule, Iridium said Wednesday. All 10 satellites, each about the size of a refrigerator, have been fueled and affixed to their two-tier mounting dispenser in readiness for encapsulation inside the Falcon 9’s payload shroud.

The static fire test for the SES 11/EchoStar 105 flight was completed Monday at the Kennedy Space Center in Florida.

The back-to-back launches will mark the 14th and 15th SpaceX flights this year, the busiest flight rate in the history of the California-based company led by billionaire Elon Musk. 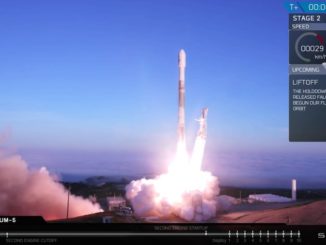 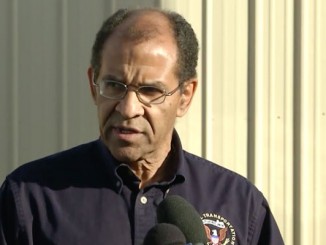