President Donald Trump signed a new NASA authorization bill Tuesday, the first such space policy framework since early in the Obama administration, that largely continues the space agency’s efforts to foster a commercial economy in Earth orbit and explore deep space, with an eventual goal of landing humans on Mars.

The legislation sets high-level goals for NASA and directs the space agency to continue development of the Space Launch System heavy-lift rocket, the Orion crew capsule, and a deep space habitat to house astronauts on voyages beyond Earth orbit.

“I’m delighted to sign this bill,” Trump said in an Oval Office signing ceremony. “It’s been a long time since a bill like this has been signed, reaffirming our national commitment to the core mission of NASA: human space exploration, space science and technology. With this legislation, we support NASA scientists, engineers, astronauts and their pursuit of discovery.”

The NASA Transition Authorization Act of 2017, passed by the Senate and House on Feb. 17 and March 7, is the space agency’s first new authorization signed into law since October 2010. With minor tweaks, the bill maintains NASA’s trajectory toward deep space exploration and commercialization crafted during the Bush and Obama administrations in the aftermath of the space shuttle’s retirement.

“In very short order, the president will be taking action to re-launch the National Space Council,” Pence said. “He’s asked me to chair that, as vice presidents have in the past, and we’re going to be bringing together the best and the brightest in NASA, and also in the private sector.”

In addition to maintaining support for the SLS and Orion programs, the authorization act has provisions for a detailed report on NASA’s plans to develop and demonstrate key technologies needed for a human mission to Mars, including a list of precursor missions in cis-lunar space, the region around the moon.

The policy framework calls for NASA to “develop a human exploration roadmap, including a critical decision plan, to expand human presence beyond low Earth orbit to the surface of Mars and beyond, considering potential interim destinations such as cis-lunar space and the moons of Mars.”

Lawmakers wrote in the authorization act that the multibillion-dollar SLS and Orion programs, along with contributions from the private sector, academia and the international community, is the “most practical approach to reaching the moon, Mars and beyond.”

NASA will also commission an independent, non-governmental study on a Mars human space mission that could be launched in 2033, examining the technical and budgetary requirements of such a flight.

The authorization act also supports the International Space Station through at least 2024, with provisions to study a possible extension to 2028 or 2030, and the commercial crew and cargo programs to transport astronauts and supplies to the orbiting research outpost.

“This bill will make sure that NASA’s most important and effective programs are sustained, and orders NASA to continue transitioning activities to the commercial sector, where we have seen great progress,” Trump said.

“I am grateful for the president’s action today which will restore stability and certainty to NASA and the future of the U.S. space program,” said Sen. Ted Cruz, R-Texas.

“It puts us on a dual track,” said Sen. Bill Nelson, D-Florida. “We have the commercial companies going to and from the International Space Station. We have NASA going out and exploring the heavens and going to Mars.”

But Elon Musk, the chief executive of SpaceX, said the bill would do little to accelerate a mission to Mars.

“This bill changes almost nothing about what NASA is doing,” Musk wrote on Twitter. “Existing programs stay in place and there is no added funding for Mars.”

SpaceX’s long-term goal is to send people to Mars, and Musk unveiled an audacious concept last year to begin setting up a habitat on the red planet with commercial interplanetary spaceships and huge rockets, not with the government-backed SLS and Orion.

“Perhaps there will be some future bill that makes a difference for Mars, but this is not it,” he later tweeted.

The bill signed by President Trump on Tuesday authorizes $19.5 billion for NASA in fiscal year 2017, but a separate appropriations bill is required to approve the agency’s budget and determine the level of funding each of NASA’s programs will receive.

The legislation questions the utility of NASA’s Asteroid Redirect Mission, a concept that would send a robotic spacecraft to pluck a large boulder off a near-Earth asteroid and return the sample to the vicinity of the human for visits by astronauts.

Congress has never fully supported the idea, and independent reviews have concluded the technologies that would be validated on such a mission, such as high-power solar-electric propulsion, could be tested in other ways before a crewed expedition to Mars.

In the authorization act, lawmakers ordered NASA to write a report on alternatives to the Asteroid Redirect Mission for demonstrating such technologies.

The White House’s fiscal year 2018 budget blueprint released earlier this month calls for the cancellation of the Asteroid Redirect Mission.

Lawmakers also authorized NASA to provide for lifetime medical monitoring and treatment of former astronauts for conditions potentially associated with their service in the space program.

The space agency’s senior reviews, which decide which of NASA’s extended science missions should continue to receive federal funding, will occur every three years under the provisions of the authorization act, not every two years as they do now. Scientists say the change will give them more time analyzing data and operating missions, instead of writing proposals.

Some lawmakers criticized the authorization act for not specifically addressing NASA’s Earth science and heliophysics programs, but it garnered bipartisan support, passing the Senate by unanimous consent and the House with a voice vote.

Other parts of the authorization act direct NASA to identify spacecraft that could be aided by satellite servicing missions, and to solicit and review concepts to remove space junk from orbit. 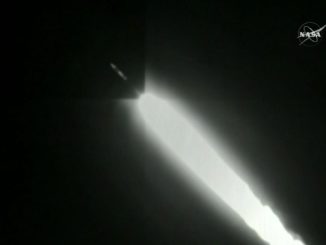 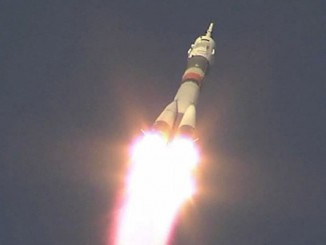 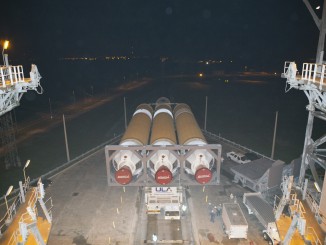