Chaired by Vice President Mike Pence, the space council met at the Kennedy Space Center Wednesday to review recommendations that will be sent to the president for approval, re-iterating the administration’s push to end government funding of the International Space Station in 2025 in favor of one or more commercially-developed follow-on outposts.

“President Trump and our entire administration believe that America’s prosperity, security and even our national character depend on American leadership in space,” Pence said in a cavernous room where space station components were once assembled and tested before launch.

But U.S. companies “are often stifled by a convoluted maze of bureaucratic obstacles and outdated regulatory processes,” he said. “Today’s launch licensing regime is plagued by burdensome government barriers.”

Government launch licenses, for example, “can’t be transferred from one site to another,” Pence said. “So if a company receives its license to launch a rocket from the Kennedy Space Center but then wants to move their mission to California or even just a few miles away from Cape Canaveral, that same company must complete the entire process all over again.”

“The government’s figured out how to honor drivers licenses across state lines, there’s no reason we can’t do the same for rockets.”

He promptly toured a United Launch Alliance processing hangar, getting a close-up look at a Delta 4 heavy-lift rocket scheduled to launch a solar probe later this year, and then visited Blue Origin’s huge new rocket factory where Amazon founder Jeff Bezos plans to build a new family of orbit-class boosters.

The vice president and his wife later attended a reception with space dignitaries and executives that was closed to the news media. But Pence announced 29 nominees to serve on a space council advisory panel, including moon walker Buzz Aldrin, Eileen Collins, the first woman to command a space shuttle mission, and a variety of other luminaries from business and academia.

During Wednesday’s public session, Jeffrey Rosen, Deputy Secretary of Transportation, outlined a 45-day plan to overhaul, modernize and streamline the space licensing framework to speed up FAA reviews, expand the use of waivers to gain quick “interim relief” and to set up a joint task force to ensure better cross-agency cooperation.

The new licensing framework is aimed at enabling a much more rapid “file-and-fly” application-to-approval process.

“But our share of the 1,700 new companies created worldwide last year was only 45 percent, far lower than our share of launches,” he said. “Private companies funded $3.9 billion of our space effort last year, but they’re competing against 70 foreign governments. So they need all the support we can give them.”

Since the space council’s first meeting last October, a review of an “outdated regulatory framework” and “discussions with an ambitious but frustrated space industry made it clear that the rate of regulatory change must match the rate of technological change,” Ross said.

“Satellite companies now face a permitting timeline that can take five years … and provides no certainty or predictability to industry,” he added. “This is unacceptable and must change. Otherwise, companies and customers will go overseas.”

Ross said the Commerce Department is working to create a “new, one-stop shop for space commerce.” Several offices across multiple agencies that deal with different aspects of the space industry will be consolidated in a single Commerce Department office “to coordinate all space-related functions.”

Pence outlined four recommendations based on the council’s work since the first meeting last October that will be sent to the president for approval.

First, the Department of Transportation will be directed to replace restrictive launch and re-entry licensing regimes with a more streamlined system by March 1, 2019. As outlined by Ross, the Commerce Department will move all space commerce responsibilities into a single office monitored directly by the secretary to facilitate mission authorization for commercial space initiatives.

Space-related export control requirements also will be streamlined, with a new framework in place by Jan. 1, 2019. And the National Telecommunications Information Administration will work to develop guidelines for protecting the radio frequency spectrum used by satellite systems to encourage expanded commercial space activities.

“These recommendations, I believe, will transform the licensing regimes that oversee launch, re-entry and new commercial space operations, and they’ll empower American businesses to create the jobs of the future, attract new investment to our shores and unlock new opportunities, new technologies and new sources of American prosperity,” Pence said.

“With these reforms, American private enterprise will usher in a new era of space leadership that will propel our economy, strengthen our national security and rekindle our belief that America can, and will, continue to accomplish anything we put our minds to.”

But the council was warned that America’s leadership in space faces major threats and challenges from Russia and China, which are both working to develop ground- and space-based anti-satellite weapons while expanding their own commercial presence in space.

Dealing with China will be particularly tricky, the council was told, given a pervasive military involvement in all aspects of the nation’s space program and the ever-present threat of technology transfer.

Even so, the council was urged to find a solution that might enable private sector space cooperation.

“China is quietly developing a robust commercial space industry,” he said. “I say ‘quietly’ because Americans are barred by our own regulations and our own mindset from participation in this marketplace.”

But avoiding direct cooperation with China, “albeit with justified concerns over technology transfer and other legitimate issues, is not the American global leadership that we all strive to achieve,” Manber said. “I urge us to negotiate a stern but fair agreement with China and allow U.S. businesses to do what we do best, and that is to innovate and compete better than anyone else.” 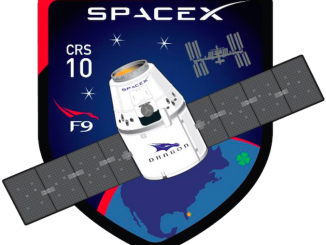 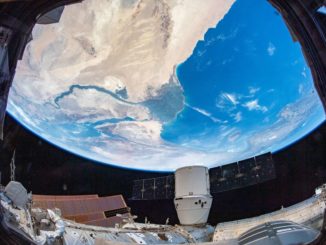 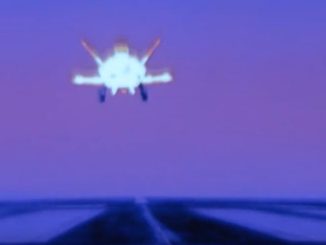