A commercial lunar lander built by Astrobotic will launch from the Kennedy Space Center on a SpaceX Falcon Heavy rocket in late 2023 to deliver a water-hunting NASA rover to the moon’s south pole, officials announced Tuesday.

Astrobotic’s first medium-class Griffin lander will haul NASA’s Volatiles Investigating Polar Exploration Rover, or VIPER, mission from the Earth to the moon. The 950-pound (430-kilogram) rover will be outfitted with three spectrometers and a drill to scan lunar soil for signs of water ice, then bore to a depth of up to 3.3 feet (1 meter) in hopes of directly sampling the ice embedded in the moon’s crust.

NASA last year awarded Astrobotic a $199.5 million contract to deliver the VIPER rover to the moon through the agency’s Commercial Lunar Payload Services, or CLPS, program. Based in Pittsburgh, Astrobotic is developing a small-class lunar lander named Peregrine set for launch late this year on a United Launch Alliance Vulcan rocket on one of the first NASA-funded CLPS missions.

The Griffin lander is larger and heavier than the Peregrine spacecraft. Astrobotic announced Tuesday that it selected SpaceX to launch the first Griffin lander with the VIPER rover aboard a Falcon Heavy rocket, the most powerful operational launcher in the world.

The mission will take off from pad 39A at NASA’s Kennedy Space Center in Florida.

“Gaining a better learning of resources on the moon is critical to advancing humanity’s reach beyond Earth, and we are honored to support this exciting mission and NASA’s CLPS program,” said Stephanie Bednarek, SpaceX’s senior director of commercial sales.

Daniel Gillies, Astrobotic’s mission manager for the first Griffin lander, said the company received proposals from multiple companies that were capable of launching the mission in late 2023.

“There are a number of technical parameters,” Gillies said in an interview with Spaceflight Now. “Obviously going to the moon is a little bit different than, say, doing a GTO (geosynchronous transfer orbit) mission or doing a LEO (low Earth orbit) mission. So there’s just a lot that has to be considered.”

“Our vehicle is not a CubeSat, so in many ways it has interfaces that are more in line with your traditional large satellites,” Gillies said. “So, as such, compatibility was key.”

And the Falcon Heavy will dispatch the Griffin lander with enough speed to fly a direct route to the moon using a trans-lunar injection. Some lunar missions have been deployed in orbit around Earth, then have to use their own propulsion to reach the moon.

“We get dropped off at trans-lunar injection,” Gillies told Spaceflight Now. “So the launch vehicle is actually doing quite a lot for us.”

Gillies said Astrobotic purchased the launch service for the Griffin lander directly from SpaceX, without using an intermediary or broker. Astrobotic considers the mission a dedicated launch. The company did not disclose the financial terms of its agreement with SpaceX.

“It’s kind of a short and stout lander,” Gillies said. “It’s as wide as the fairing possibly allows. It’s got legs that hang down below the separation plane, which is different than a … satellite. In terms of height, with VIPER, it’s a few meters tall.”

Astrobotic did not identify which companies bid on the mission, but the company has a pre-existing relationship with ULA, which won a launch contract in 2019 to carry the Peregrine lander on the inaugural test flight of the company’s new Vulcan Centaur rocket.

Other than compatibility, Gillies, a former SpaceX employee, said past performance and price were also major factors in Astrobotic’s decision to go with the Falcon Heavy rocket.

“Falcon does have a long history, and it’s wild being to say that now from where I was eight years ago when I was starting at SpaceX myself,” Gillies said. “There wasn’t a Falcon Heavy yet. It was still on paper and just coming together, and now I’m here procuring one, which is a pretty exciting place to be.

“Beyond technical, beyond past performance, cost is always a factor as well, and I’ll say all the offerers that participated made really strong position, and at the end of the day, it was a really hard decision to make,” he said. “But SpaceX met all of our requirements and really stood out.”

Gillies said the requirements of the first Griffin lander mission — largely driven by the scientific goals of the VIPER rover — mean the launch can only occur at certain times. After reaching the moon a few days into the mission, the Griffin spacecraft will go into lunar orbit for around five days before commencing a final descent toward a landing site near the south pole, according to NASA.

“We really intend to go directly to the moon and get them there as quickly as possible,” Gillies said. “That just drives some tight requirements in terms when we can launch exactly.”

The Griffin lander will use hydrazine-fueled braking rockets for the final powered descent. On-board safety sensors will scan the lunar surface for obstacles and help the lander navigate to a precise landing site.

Once on the surface, the lander will extend a ramp to allow the VIPER rover to drive off the platform and begin its 100-day science mission.

Managed by NASA’s Ames Research Center, the VIPER rover will drive into dark craters at the moon’s south pole to prospect for water ice. Orbiters flying around the moon have found evidence that the shadowed regions harbor deposits of ice that future astronauts could use as a source of water, oxygen, and rocket fuel.

“The rover will venture into permanently shadowed craters, some of the coldest spots in the solar system, where water ice reserves have endured for billions of years,” NASA says on its website.

NASA’s Artemis program aims to land astronauts at the lunar south pole some time in the 2020s, the first step of a long-term ambition to build up to a permanent human presence at the moon. Scientists want to learn more about the location, physical state, and composition of the ice deposits before sending astronauts there.

The company has ordered engines and propulsion system components for the lander, and Astrobotic completed a systems requirements review before the end of 2020.

“Then we went into prototype manufacturing,” Gillies said. “So we’ve actually built prototypes of our egress ramps.”

NASA is testing the egress system at the Johnson Space Center in Houston using a prototype of the VIPER rover.

“They’ll actually be able to drive down the ramp, and then we’ll get real feedback on the very fine details of what it means to egress from the lander, and that’ll factor back into our structural qualification model and flight model.” 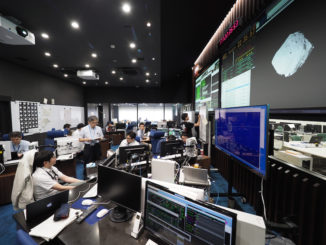 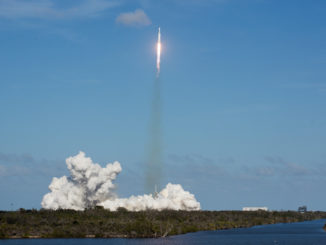 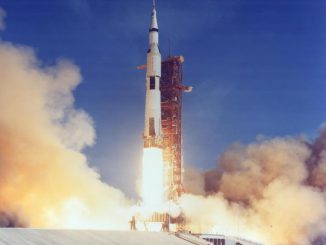