Sixty years ago Monday, a 27-year-old Russian test pilot named Yuri Gagarin strapped into a Vostok capsule in Central Asia and rode into orbit atop a launcher derived from a Soviet nuclear missile, becoming the first human to travel into the void of space.

Twenty years later, in 1981, the era of reusable spacecraft dawned with the first launch of NASA’s space shuttle.

It’s a coincidence that the two famous anniversaries fall on April 12. NASA scrubbed the first try to launch the space shuttle Columbia on April 10, 1981, due to a timing error in the ship’s flight computers.

April 12 is celebrated as Cosmonautics Day in Russia, marking each anniversary of Gagarin’s historic launch into space.

Gagarin’s flight began with a liftoff from a Soviet spaceport named the Baikonur Cosmodrome, now part of the independent republic of Kazakhstan.

The launch from the cosmodrome on the barren steppes of Kazakhstan occurred in secret. Only a relatively small group of Soviet government officials, engineers, and the launch crew knew of the mission’s schedule.

Gagarin climbed into his Vostok 1 capsule on top of a Vostok rocket at Baikonur. Burning highly refined kerosene as fuel, the Vostok rocket fired away from its launch pad at 0607 GMT (9:07 a.m. Moscow time) on April 12, 1961.

“Poyekhali!” Gagarin radioed at liftoff. That translates to “let’s go” in English.

Sixty years ago today, a 27-year-old Russian test pilot named Yuri Gagarin strapped into a Vostok capsule in Central Asia and rode into orbit atop a launcher derived from a Soviet nuclear missile, becoming the first human to travel into the void of space. https://t.co/Z3NC8MQ00k pic.twitter.com/R005rlALFb

Within 10 minutes, Gagarin was in orbit around Earth inside the confines of his one-man spaceship.

He flew around Earth one time, reaching a maximum altitude of 203 miles (327 kilometers) before the Vostok capsule’s automatic flight control system fired retro-rockets to allow the spacecraft to plunge back into the atmosphere. Gagarin carried an envelope containing the code to unlock the Vostok capsule’s manual controls if necessary.

Gagarin bailed out of the capsule — as planned — at an altitude of about 23,000 feet (7 kilometers) as it descended toward landing. The cosmonaut and the spacecraft both touched down under parachutes in rural southern Russia, completing a 108-minute flight.

Sixty years later, space crews launching from Baikonur still follow some traditions started by Gagarin. Like Gagarin, present-day cosmonauts and astronauts each plant a tree near the cosmodrome, and get pre-flight haircuts at crew quarters near the cosmodrome. They also often sip champagne on launch day.

Legend has it that Gagarin had to relieve himself on the bus ride to the launch pad, and stopped to urinate on one of the bus’s tires. Some crews have continued to ask for the bathroom break on the trek to the pad at Baikonur.

Gagarin remains a near-mythical fixture in Russian space lore. Crew members preparing to launch to the International Space Station lay flowers at Gagarin’s tomb in the Kremlin Wall in Moscow, and make the pilgrimage Gagarin’s office at the cosmonaut training center in Star City, Russia. They also visit the cabin Gagarin slept in the night before his 1961 flight.

Major fixtures of Russia’s space program have been named for the Soviet hero. The Gagarin Cosmonaut Training Center, where crews prepare for space missions, is named in his honor. The launch pad at Baikonur where the Vostok 1 capsule took off has been  named Gagarin’s Start.

Cosmonauts aboard the International Space Station marked the 60th anniversary of Gagarin’s mission.

‘The man who dared to set off into this flight, Yuri Alekseyevich Gagarin, is our compatriot,” said Sergey, Kud-Sverchkov, a flight engineer currently aboard the space station. “On that day, the whole planet learned his name, as it was then that a new history began — the history of crewed space flights.”

‘The legendary 108 minutes of Gagarin’s flight became an example of heroism for his followers, including us,” said Oleg Novitskiy, another cosmonaut on the space station.

The first U.S. astronaut to accomplish an orbital mission was John Glenn, who flew around Earth three times inside his Friendship 7 spacecraft in February 1962.

Before Glenn’s launch, Russian cosmonaut Gherman Titov completed a 25-hour orbital mission in August 1961. The Soviet Union’s string of spaceflight firsts, which began with the launch of the Sputnik 1 satellite in 1957, continued for several years. Russian cosmonaut Valentina Tereshkova became first woman to fly in space in June 1963, and Alexei Leonov performed the first spacewalk in 1965.

Ultimately, the United States took the lead in Space Race and landed the first astronauts on the moon in July 1969.

NASA developed the space shuttle after the end of the Apollo moon missions. After years of delays, the first shuttle — Columbia — finally blasted off from pad 39A at the Kennedy Space Center in Florida on April 12, 1981, at 7 a.m. EST (1200 GMT).

“STS-1 was a pure test mission, and all we really wanted to do was to prove that the system would work,” Crippen said during a recent NASA podcast. “So our job was to take off, get into orbit, check out all the systems on the vehicle, and bring it in safely for a landing.”

Young and Crippen guided Columbia through a two-day test flight in low Earth orbit, becoming the first people to fly on a reusable spaceship, and the first astronauts to launch with the help of solid-fueled rocket boosters.

“It was only when the count got inside of about a minute that I turned to John and I said, ‘I think we might really do it,'” said Crippen, now 83. “And I think it was at that point my heart rate went up to about 130. It was probably one of the most exciting moments of my life.”

And unlike any spaceship before, Columbia returned to Earth for landing on a runway April 14 at Edwards Air Force Base in California. Young flew the 100-ton spaceplane by hand during the final approach and landing.

“It allowed us to fly a diverse group of people into space to become astronauts,” Crippen said. “We didn’t need just test pilots any more. So it opened up the field of the astronauts to a much broader range than we’d ever had before.”

But two fatal accidents that killed 14 astronauts in 1986 and 2003 raised questions about the shuttle’s safety. The George W. Bush administration directed NASA to end the shuttle program after completing assembly of the International Space Station.

The final shuttle flight concluded July 21, 2011, with the landing of Atlantis at the Kennedy Space Center.

“It was a fantastic flying machine, but it was also a fragile one,” Crippen said. “It took lots of TLC, and the people at Kennedy Space Center were very good at that. When Atlantis landed after the last flight, that vehicle was as good of condition as it could have possibly been, and it was certainly capable of flying some more.

“But the politics and the accidents spelled the end of that,” Crippen said. “And it’ll be a long time before we have a vehicle that’s nearly as magnificent as the space shuttle was.”

But the shuttle could only fly to an altitude of a few hundred miles. Since 2011, NASA has turned over responsibility for crew and cargo transportation to the private sector, and the agency is focusing on launching astronauts back to the moon.

“We do need to get out of Earth orbit. We need to go back to the moon,” he said. “That’s the right thing to do.” 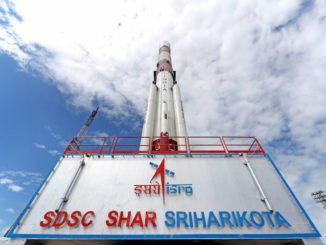 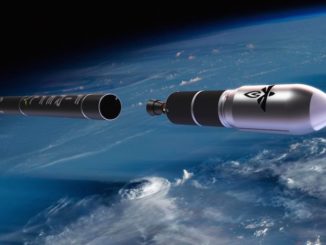 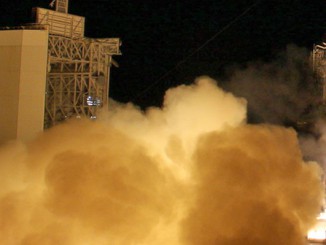