The China National Space Administration released an accelerated video replay of the Chang’e 5 spacecraft’s landing in the Oceanus Procellarum region of the moon Tuesday.

The Chang’e 5 mission’s goal is to collect more than 4 pounds of rocks for return to Earth in mid-December, the first lunar sample return mission since 1976.

The robotic lander touched down on the moon at 10:11 a.m. EST (1511 GMT) Tuesday to begin a two-day stay drilling, scooping, and sealing rocks to bring back to Earth.

This sped-up video shows a downward-facing camera view on the Chang’e 5 lander, showing the craft flying with its engine facing in the direction of travel as the probe slowed down to fall out of lunar orbit. The spacecraft then pitches over to begin a vertical descent and briefly pauses at an altitude of about 330 feet (100 meters) to search for a safe place to land.

The shadow of one of the spacecraft’s four landing legs enters the scene as Chang’e 5 reaches the moon’s surface.

Chang’e 5 launched Nov. 23 and entered orbit around the moon Nov. 28 before the lander detached from the mission’s orbiter and return module to begin descent maneuvers. The spacecraft’s ascent module is set to take off from the moon Thursday to head for an automated rendezvous with the return craft in lunar orbit before returning to Earth later this month.

Read our full story on the Chang’e 5 landing for more details on the mission. 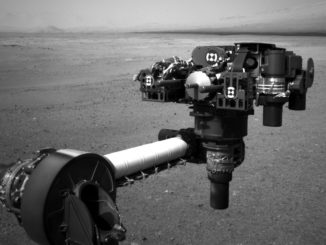 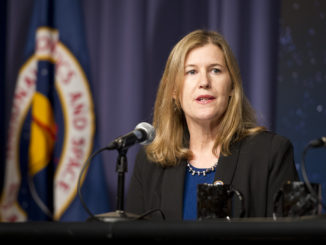 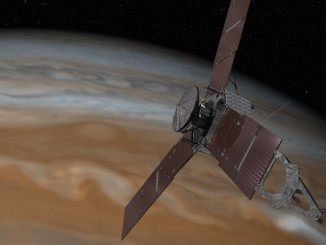