United Launch Alliance teams mounted a top secret payload for the National Reconnaissance Office on top of an Atlas 5 rocket at Cape Canaveral Monday in preparation for a liftoff scheduled just after sunset Nov. 3.

The Atlas 5 launcher is set to blast off from pad 41 at Cape Canaveral Air Force Station at 5:58 p.m. EST (2258 GMT) next Tuesday, Nov. 3. That’s around 22 minutes after sunset at the Florida spaceport.

The Atlas 5 flight from pad 41 is going ahead next week as ULA continues resolving launch pad infrastructure issues at the company’s other Cape Canaveral launch facility. Those problems have delayed the flight of a Delta 4-Heavy rocket with a different NRO spy satellite since late August, and caused ULA to swap the order of its missions to have the next Atlas 5 flight go first.

The most recent culprit for the Delta 4-Heavy launch delays has been an issue with the swing arms on the pad.

Tory Bruno, ULA’s president and CEO, tweeted Oct. 20 that the company is fixing a mechanical issue with the swing arms on pad 37B.

“We are working through the hydraulics on the swing arms, replacing several dozen valves, a couple thousand gallons of hydraulic fluid, and several other important items,” Bruno tweeted. “We will set a flight date soon. Mission success is the priority.”

The launch delays have raised concerns with aging infrastructure at the Delta 4 launch pads. ULA has only five more Delta 4-Heavy missions in its backlog through 2023 before the Delta rocket family is retired in favor of the company’s next-generation Vulcan Centaur rocket.

“We do more, not less, to maintain the Delta pads today,” Bruno tweeted. “However, with the low launch tempo, and advanced age, they seemed to have crossed a threshold, so we will change.”

The Delta ground systems are more than 20 years old, Bruno added, and “coping with a low launch tempo.”

He said ULA engineers are evaluating Delta 4’s launch pad systems to identify how to “reset their life” with preemptive refurbishment and replacements, along with periodic activations and testing in between missions.

The next Delta 4-Heavy launch — designated NROL-44 — is now expected to lift off some time after the company’s next Atlas 5 mission set for Nov. 3.

Read more about the NROL-44 launch delays in our earlier story.

The launch campaign for the next Atlas 5 mission began with the raising of the rocket’s first stage — tail number AV-090 — on its mobile launch platform inside the Vertical Integration Facility near launch pad 41 on Sept. 11. In the following days, technicians installed the rocket’s three GEM 63 solid-fueled boosters on the bottom of the bronze first stage.

Workers then added the rocket’s Centaur upper stage, already integrated with the bottom part of the Atlas 5’s payload fairing, made by RUAG Space in Switzerland.

Last week, ULA transferred the Atlas 5 rocket to pad 41 for a fueling test and practice countdown. The ULA team loaded the Atlas 5’s first stage with its flight supply of RP-1 kerosene fuel, which will remain aboard the rocket through launch.

On Oct. 21, the Atlas 5 team ran through countdown procedures and filled the rocket’s first stage with its load of super-cold liquid oxygen. The Atlas 5’s Centaur upper stage was also loaded with liquid hydrogen and liquid oxygen as the practice countdown continued through pre-launch checkouts, polling, and final status checks before cutoff of the sequence just prior to the point of engine ignition.

The rocket was then drained of its hydrogen and oxygen propellants and returned to the VIF a quarter-mile to the south of pad 41.

The classified payload for the NROL-101 mission was mounted on top of the Atlas 5 rocket Monday, capping assembly of the 206-foot-tall (63-meter) launch vehicle.

The launch scheduled next week will mark the 86th flight of an Atlas 5 rocket, and the fourth Atlas 5 to blast off in the “531” configuration with three solid rocket boosters and a 5.4-meter-diameter (17.7-foot) payload fairing.

The new GEM 63 motors set to debut on the Atlas 5 mission next week measure 66 feet (20 meters) long and 63 inches (1.6 meters) wide. They can produce 373,800 pounds of thrust at maximum power. The GEM 63 boosters will ignite on the launch pad and burn for 94 seconds, consuming 97,500 pounds (44.2 metric tons) of pre-packed solid propellant before jettisoning to fall into the sea.

The boosters give an extra push to rockets carrying heavier payloads into orbit, or missions that need to place satellites into high-altitude orbits. The Atlas 5 rocket can launch with any number of solid-fueled boosters between zero and five, depending on the requirements of each mission.

Like the AJ-60A motor, the GEM 63 will have fixed nozzles and a curved, or ogive, nose cone, providing the proper aerodynamic shape to ensure the booster cleanly falls away from the Atlas 5 after burnout. Northrop Grumman’s GEM 63 booster produces roughly the same thrust and has approximately the same dimensions as the AJ-60A, allowing ULA to introduce the new booster model as a “direct replacement” for the older Aerojet Rocketdyne version.

Julie Arnold, a ULA spokesperson, said the company will continue to fly the Aerojet Rocketdyne boosters on future Atlas 5 missions until the rocket is fully transitioned to the Northrop Grumman motors. The AJ-60As will continue launching on missions with Boeing’s Starliner commercial crew capsule, and ULA is working with NASA toward the future use of GEM 63s on astronaut launches. 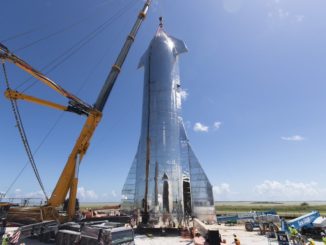 Elon Musk to provide update on SpaceX’s Starship this weekend 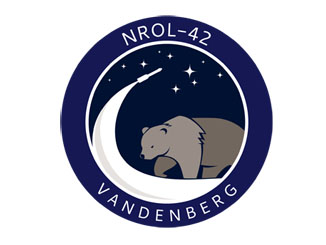 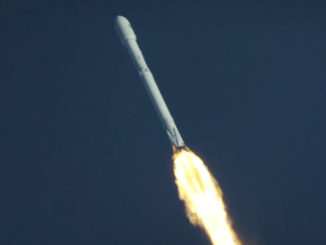