The Falcon 9 rocket carried Argentina’s SAOCOM 1B radar imaging satellite into orbit after lifting off from pad 40 at Cape Canaveral Air Force Station at 7:18 p.m. EDT (2318 GMT) on Aug. 30.

Portions of the video released by SpaceX are sped up.

The video shows the Falcon 9 firing off pad 40 with 1.7 million pounds of thrust from nine Merlin 1D engines. More than two minutes into the flight, the booster separated from the Falcon 9’s upper stage, which powered into orbit with the SAOCOM 1B satellite.

Pulses from cold gas thrusters are seen as the rocket flipped around to fly tail first. Then the rocket ignited three of its engines for a maneuver to reverse course and begin flying back toward Cape Canaveral.

Four titanium grid fins then unfurl to give the rocket added aerodynamic stability during re-entry into the atmosphere.

The final engine firing in the sequence used just the rocket’s center engine to brake for landing. Four legs extended from the base of the rocket before it settled on the seaside landing pad.

The Aug. 30 launch marked the fourth flight of this particular rocket — designated B1059 — and the successful landing paves the way for SpaceX to ready the reusable booster for future missions. 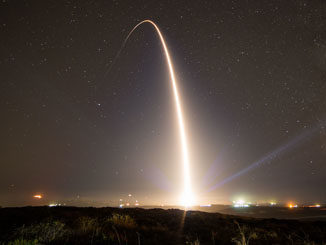 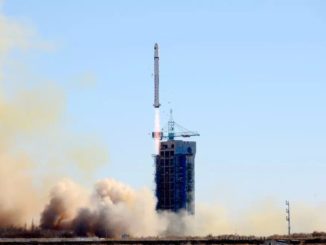 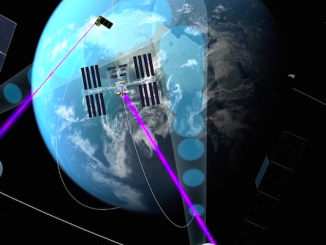