A heavy-lift Long March 5 rocket propelled China’s first Mars landing mission toward the Red Planet on Thursday after launching from a seaside spaceport on Hainan Island, the second of three international Mars probes expected to depart planet Earth this month.

Kicking off a nearly seven-month journey, China’s Tianwen 1 spacecraft lifted off from the Wenchang Space Launch Center in southern China’s Hainan province at 12:41 a.m. EDT (0441 GMT; 12:41 p.m. Beijing time) on top of a Long March 5 rocket, the heaviest launcher in the country’s inventory.

A live video feed streamed by amateur spectators near the launch site showed the Long March 5 rocket climbing away from the Wenchang spaceport. Ten rocket engines fueled by kerosene and liquid hydrogen powered the 187-foot-tall (57-meter) Long March 5 into a sunny midday sky, and the rocket quickly receded from view in the unofficial online video feed.

Chinese state media did not broadcast the mission live or publicize the exact launch time in advance, but airspace and maritime notices warning pilots and sailors to steer clear of downrange drop zones suggested the Long March 5 was scheduled to lift off Thursday.

Chinese authorities lifted the news blackout on the launch once the 11,000-pound (5-metric ton) Tianwen 1 spacecraft was injected onto a trajectory toward Mars by the Long March 5’s second stage. The China National Space Administration confirmed the Long March 5 rocket placed Tianwen 1 on the proper course toward Mars about 36 minutes after launch.

The China Aerospace Science and Technology Corp., the government-owned prime contractor for China’s space program, declared the launch a success in a statement.

Tianwen 1 is scheduled to arrive at Mars next February after a seven-month voyage. If successful, the mission will be China’s first probe to enter orbit around another planet.

Two-to-three months later, the Tianwen 1 orbiter will release a lander to enter the Martian atmosphere and aim for a controlled touchdown in Utopia Planitia, a broad plain in Mars’s northern hemisphere. Once on the surface, the lander will lower a ramp and a 529-pound (240-kilogram) rover will drive onto the surface.

NASA has landed the only successful rovers on Mars to date.

The seemingly flawless launch Thursday by the Long March 5 rocket gives China’s most powerful launcher an 80 percent success record after five flights. The Long March 5 failed on its second test flight in 2017, but has now logged three consecutive successes.

Tianwen 1 is China’s next leap in solar system exploration after a series of progressively complex robotic expeditions to the moon.

Most recently, China has landed two rovers on the moon, including the first to explore the surface of the lunar far side. The next Chinese lunar mission, named Chang’e 5, is scheduled for launch on a Long March 5 rocket late this year on a mission to return samples from the moon.

China officially started development of the Mars mission in 2016.

“Benefiting from the engineering heritage of China’s lunar exploration program, the Chinese national strategy set Mars as the next target for planetary exploration,” wrote Wan Weixing, chief scientist of China’s Mars exploration program, in a paper published this month by the science journal Nature Astronomy. “China’s first Mars mission is named Tianwen 1, and aims to complete orbiting, landing and roving in one mission.”

Wan died in May after a long illness.

Chinese officials announced the Tianwen name for the country’s planetary missions in April. The name Tianwen comes from the work of ancient Chinese poet Qu Yuan, meaning “quest for heavenly truth,” according to the China National Space Administration, or CNSA, the country’s space agency.

After reaching Mars in February, the Tianwen 1 spacecraft will initially enter a long-period capture orbit around the Red Planet. The orbiter will eventually settle in a loop around Mars ranging between 165 miles (265 kilometers) and nearly 7,500 miles (12,000 kilometers) over the Martian poles.

As soon as next April, the lander and rover modules will detach from the orbiter to begin a descent through the Martian atmosphere. Radar soundings from orbit have indicated the presence of a reservoir of ice containing as much water as Lake Superior, the largest of the Great Lakes, in the Utopia Planitia region targeted by Tianwen 1’s lander.

The Tianwen 1 orbiter is designed to operate for at least one Martian year, or about two years on Earth. The solar-powered rover, fitted with six wheels for mobility, has a life expectancy of at least 90 days, Chinese officials said.

“Tianwen 1 is going to orbit, land and release a rover all on the very first try, and coordinate observations with an orbiter,” Wan, the late chief scientist for China’s Mars program, wrote in Nature Astronomy. “No planetary missions have ever been implemented in this way. If successful, it would signify a major technical breakthrough.

“Scientifically, Tianwen 1 is the most comprehensive mission to investigate the Martian morphology, geology, mineralogy, space environment, and soil and water-ice distribution.”

The rover’s ground-penetrating radar would be one of the first science instruments of its kind to reach the surface of Mars. NASA’s Perseverance rover carries a comparable instrument to scan subsurface layers of the Martian crust in search of water ice deposits.

The technique allows an instrument to determine the chemical make-up of rocks on Mars.

The discussions between French and Chinese scientists were intended to “maximize the quality of the data” produced by the Tianwen 1 rover, according to Agnes Cousin, a planetary scientist at IRAP who worked with Chinese researchers developing the rover’s instruments.

French scientists from the same research institute helped develop the ChemCam instrument on NASA’s Curiosity rover and the SuperCam payload set for launch July 30 on NASA’s Perseverance Mars rover. ChemCam and SuperCam use the same Laser-Induced Breakdown Spectroscopy technique as the Tianwen 1 rover.

Researchers from France provided a norite calibration target to fly on the Tianwen 1 rover. It’s similar to a unit on NASA’s Curiosity rover used to calibrate ChemCam’s measurements by turning the instrument on a target — like the rock norite — with a known composition.

The SuperCam instrument on NASA’s Perseverance rover will us a different type rock as a calibration target, but Cousin said scientists at her lab in France will still be able to cross-calibrate measurements from Curiosity, Perseverance, and the Tianwen 1 rover.

Argentina is home to a Chinese-owned deep space tracking antenna that will be used to communicate with Tianwen 1 after launch. The European Space Agency has agreed to provide communications time for Tianwen 1 on its own worldwide network of deep space tracking stations, and help with the probe’s navigation on the journey to Mars.

The launch of the Tianwen 1 Mars mission Thursday occurred less than four days after the launch of the Hope Mars probe developed by the United Arab Emirates, and a week before NASA’s Perseverance Mars rover is scheduled for blastoff.

The ever-changing positions of the planets only allow for missions to make a direct trip from Earth to Mars once every 26 months or so. The Mars launch window opened this year in mid-July and extends until mid-August.

While NASA and U.S. scientists are aiding the UAE’s Hope Mars orbiter, NASA has no such role on China’s Tianwen 1 mission. NASA’s Deep Space Network, which provides tracking and communications coverage for numerous U.S. and international space probes, has not been called up to support Tianwen 1’s voyage to Mars.

Instead, China is using a combination of its own tracking antennas and ESA’s global network of ground stations.

“With today’s launch, China is on its way to join the community of international scientific explorers at Mars,” Bridenstine tweeted. “The United States, Europe, Russia, India, and soon the UAE will welcome you to Mars to embark on an exciting year of scientific discovery. Safe travels Tianwen-1!” 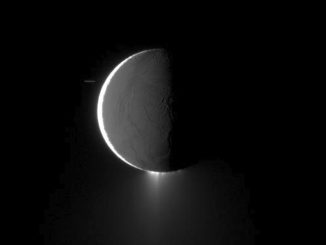 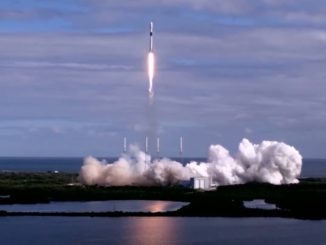 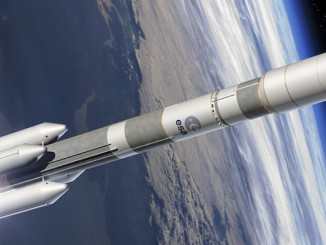