A failure during the second stage burn of a Rocket Lab Electron rocket caused seven small commercial satellites to crash back to Earth Saturday following liftoff from New Zealand.

Carrying satellites from the United States, Japan and the United Kingdom, the Electron launcher lifted off from Rocket Lab’s privately-run spaceport on New Zealand’s North Island at 5:19:36 p.m. EDT (2119:36 GMT).

The 55-foot-tall (17-meter), liquid-fueled rocket aimed to deploy the small satellites at an altitude of 310 miles (500 kilometers), but a malfunction during the Electron’s second stage burn kept the rocket from attaining the velocity needed to enter a stable orbit around Earth.

“We lost the flight late into the mission,” tweeted Peter Beck, founder and CEO of Rocket Lab. “I am incredibly sorry that we failed to deliver our customers satellites today. Rest assured we will find the issue, correct it and be back on the pad soon.”

In a statement Saturday, Rocket Lab said the issue that caused the launch failure occurred “approximately four minutes into the flight.” The company said the rocket stayed within its flight safety corridor, and that it is working with the Federal Aviation Administration to “investigate the anomaly and identify its root cause to correct the issue to move forward.”

The video stream appeared to show the Electron’s second stage firing normally until the live feed from the rocket froze at T+plus 5 minutes, 41 seconds. At the same time, telemetry data displayed on Rocket Lab’s video stream showed the rocket stop accelerating at a velocity of 8,509 mph, or nearly 13,700 kilometers per hour.

An altitude display showed the rocket continue climbing for about 26 more seconds, reaching a peak altitude of 121 miles (194.8 kilometers) before descending back to Earth. The rocket and its payloads likely disintegrated and burned up once they re-entered the atmosphere.

The data feed showed the rocket reached a peak altitude of 194.8 kilometers before falling back to Earth.https://t.co/GMLbgXLtm5 pic.twitter.com/mCydc8XJzI

Canon’s CE-SAT-1B Earth-imaging spacecraft was the largest of the payloads on Saturday’s mission. The 147-pound (67-kilogram) satellite was shaped like a cube, and measures a bit larger than a dorm room refrigerator.

Its camera system was designed to be able to resolve objects on the ground as small as about 3 feet, or 90 centimeters, according to Canon. CE-SAT-1B was to be Canon’s second satellite in orbit, and the Japanese electronics company — eyeing a fleet of Earth-viewing satellites — intended to test the spacecraft’s design for future mass production.

“We are of course disappointed, while at the same time are always aware that launch failures are part of the business of space,” Spaceflight said in a statement. “We will work closely with Rocket Lab and our customer Canon Electronics who had their CE-SAT-IB imaging satellite onboard this mission to figure out the next steps, but we are undeterred in our resolve to get our customers to space.

“We have faith in all our launch vehicles, including Electron, and look forward to many more successful launches with them,” Spaceflight said.

Five SuperDove Earth observation nanosatellites from Planet were also aboard Rocket Lab’s Electron rocket Saturday. The SuperDoves were advanced versions of Planet’s medium-resolution Dove satellites, and are each about the size of a shoebox.

Based in San Francisco, Planet operates a fleet of more than 120 Earth observation satellites providing daily imaging coverage over all of the world’s landmass, providing data on changing features to governments and businesses. The five SuperDoves launched with Rocket Lab Saturday were part of Planet’s “Flock 4e” batch of nanosatellites.

“While it’s never the outcome that we hope for, the risk of launch failure is one Planet is always prepared for,” Planet said in a statement on its website. “We already have 26 SuperDoves, Flock 4v, slated for launch on a Vega rocket later this summer, and several other launches over the next 12 months are on the manifest.”

The other payload on Rocket Lab’s failed launch Saturday was Faraday 1, a CubeSat from the British company In-Space Missions. The 6U CubeSat measures about the size of a small briefcase, and is the first in a series of smallsats planned by In-Space Missions.

“The In-Space team is absolutely gutted by this news,” the company tweeted. “Two years of hard work from an incredibly committed group of brilliant engineers up in smoke. It really was a very cool little spacecraft.”

Faraday 1 was packed with experimental payloads, including a software-defined radio from Airbus Defense and Space that can be remotely reprogrammed in orbit. Other payloads on Faraday 1 were to pursue applications such as Internet of Things, characterization of a ground-based laser, 360-degree optical video imaging, radio spectrum monitoring, real-time video from space, and satellite-based communications, according to In-Space Missions.

The launch Saturday was the 13th mission for Rocket Lab’s Electron booster, which is sized to carry small satellites into orbit on dedicated missions. Rocket Lab says its launch service allows smallsat companies to put their payloads into more ideal orbits on their own schedule, rather than taking a rideshare or secondary payload slot on a larger rocket.

A ground system problem forced the termination of the first Electron test launch in 2017. Rocket Lab officials said the Electron rocket operated normally on that mission until range safety teams had to send the termination command.

Before Saturday’s launch failure, Rocket Lab said it aimed to launch on a monthly cadence for the rest of 2020 and into 2021. The company said it planned to launch its first Electron rocket from a new launch site at Wallops Island, Virginia, as early as August.

Rocket Lab’s next launch from New Zealand was to carry a commercial radar surveillance satellite into orbit for Capella Space, a San Francisco startup developing a constellation of all-weather Earth-imaging spacecraft.

The company said in a statement Saturday it has eight Electron rockets in production at factories in Auckland, New Zealand, and in Southern California.

Made of carbon fiber materials and powered by 3D-printed engines with electric turbopumps, the Electron rocket has numerous missions on the books, including flights for the U.S. military, the NRO and NASA, which announced a contract earlier this year for Rocket Lab to launch a CubeSat to the moon. 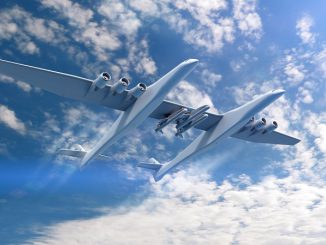 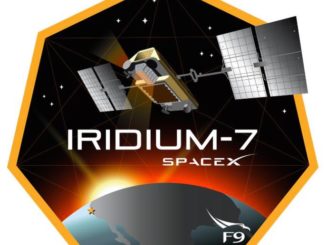 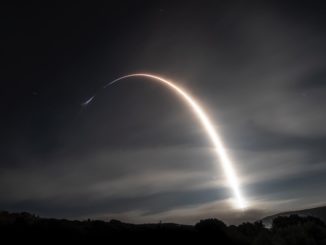