NASA has added extra safeguards to the agency’s standard pre-launch quarantine protocol to protect astronauts Bob Behnken and Doug Hurley from the coronavirus and other contagions in the final two weeks before their scheduled May 27 launch on SpaceX’s Crew Dragon spacecraft.

The two-man crew will quarantine at their homes near the Johnson Space Center in Houston until next Wednesday, May 20, when they fly aboard a NASA Gulfstream jet to the Kennedy Space Center in Florida to begin the final week of preparations for liftoff, according to Brandi Dean, a NASA spokesperson.

Known as “flight crew health stabilization,” NASA’s astronaut quarantine procedures are a routine step before crewed space missions. NASA introduced the quarantine in the Apollo program, when astronauts traveled to the moon, and the health stabilization timeline has been a standard part of crew preparations before space shuttle and International Space Station missions.

But this mission’s pre-launch quarantine comes with some changes amid the coronavirus pandemic.

Behnken and Hurley officially entered quarantine Wednesday, May 13, two weeks before their scheduled launch. The two-man crew will take off  inside a SpaceX Crew Dragon spacecraft launched on top of a Falcon 9 rocket from pad 39A at the Florida spaceport.

Designated Demo-2, the test flight is intended to be a shakedown cruise for the Dragon spacecraft before future crews fly on the capsule for operational missions.

The launch later the month will be the first flight from U.S. soil to carry into orbit since the last shuttle mission in July 2011. Assuming an on-time launch May 27, the Dragon capsule is slated to dock with the International Space Station the next day, kicking off a stay of one-to-four months at the orbiting research lab.

“Spending the final two weeks before liftoff in quarantine helps ensure the Demo-2 crew arrives healthy, protecting themselves and their colleagues already on the station,” NASA said.

NASA will limit who can be in close contact with Behnken and Hurley up until their launch.

“Since Hurley and Behnken are training side by side and will be working and living as a team on the space station with their crewmates, they’re unable to maintain a six-foot distance,” NASA said.

Some astronauts choose to stay in a quarantine facility at the Johnson Space Center in Houston before traveling to Florida for final launch preparations. Crew members may have to stay at the NASA facility if a family member living with them at home can’t quarantine due to job or school requirements, according to the space agency.

Behnken and Hurley are staying at their homes until their trip next week to the launch site on Florida’s Space Coast.

“Some additional safeguards have been added because of the coronavirus,” NASA said. “For example, anyone who will come on site or interact with the crew during the quarantine period, as well as any VIPs, will be screened for temperature and symptoms.”

NASA said Hurley and Behnken, as well as those in direct, close contact with the crew, will be tested twice for the virus before their May 27 launch as a precaution.

“The coronavirus, obviously, has presented us with some new challenges,” said Phil McAlister, NASA’s director of commercial spaceflight development. “If we didn’t have enough, we’ve got that on the plate. I just want to stress we are following a strict, 14-day quarantine protocol prior to launch for the crew members. All personnel that support or interact with the crew during that time period follow that same protocol.”

McAlister told a committee of the NASA Advisory Council on Thursday that anyone not following the quarantine protocols will not be permitted to interact with the Demo-2 crew members “without appropriate protective gear, appropriate distancing or a barrier between them and the astronaut.”

“I think we’re being pretty careful with all that,” McAlister said. “SpaceX has been really good in implementing some additional protective measures.” 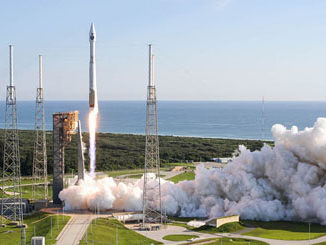 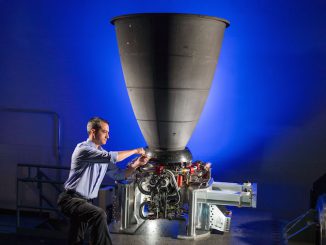 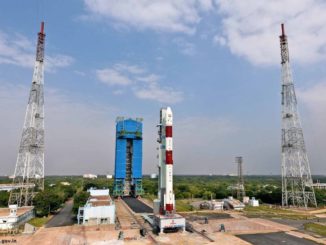