On track for launch from Cape Canaveral in July, NASA’s Perseverance rover has been secured to its rocket-powered descent stage and back shell, part of the protective shield that will safeguard the robot when it arrives at Mars next year.

The rover was attached to its descent stage April 23 inside the Payload Hazardous Servicing Facility at NASA’s Kennedy Space Center in Florida. The combined descent stage and rover stack was then stowed inside the mission’s back shell, half of the aeroshell that will enclose the rover during its trip from Earth to Mars.

The integration milestones signal the start of putting the Perseverance rover into launch configuration. The mission’s launch period opens July 17 and extends through Aug. 5.

“Attaching the rover to the descent stage is a major milestone for the team because these are the first spacecraft components to come together for launch, and they will be the last to separate when we reach Mars,” said David Gruel, the Perseverance rover assembly, test, and launch operations manager at NASA’s Jet Propulsion Laboratory in California, which manages rover operations. “These two assemblies will remain firmly nestled together until they are about 65 feet (20 meters) over the surface of Mars.”

Three flight separation bolts connect the rover with its descent stage, which has eight hydrazine-fueled rocket thrusters to slow the craft’s velocity just before landing. The three bolts will be released by pyrotechnic charges in the final stage of the mission’s descent to the Martian surface, allowing a Nylon cord to unwind and lower the rover around 25 feet (7.6 meters) below the descent stage, according to NASA.

NASA calls the landing technique the “sky crane” maneuver. The same type of descent stage was successfully employed in the landing of NASA’s Curiosity rover on Mars in August 2012.

“Once Perseverance senses it’s on the surface, pyrotechnically-fired blades will sever the cords, and the descent stage flies off,” NASA said in a statement. “The sky crane maneuver ensures Perseverance will land on the Martian surface free of any other spacecraft components, eliminating the need for a complex deployment procedure.”

In the next few weeks, engineers and technicians working inside the pristine clean room at Kennedy will install sterilized tubes on the rover. The tubes will store Martian rock samples until a future mission can retrieve the specimens for return to Earth.

Then ground crews will attach the mission’s 14.9-foot-wide (4.5-meter) ablative heat shield on the bottom of the back shell, cocooning the rover inside its aeroshell, which will protect the robot from scorching temperatures as it plunges into the Martian atmosphere. The aeroshell will then be attached to the mission’s solar-powered cruise stage, the module that will fine-tune the rover’s trajectory on the interplanetary journey to the Red Planet.

The circular cruise stage will jettison from the aeroshell just before entry into the Martian atmosphere. The mission’s entry, descent and landing on Mars is fixed on Feb. 18, 2021, regardless of when it lifts off during this year’s 20-day launch period.

Once through the hottest part of entry, the spacecraft will deploy a supersonic parachute, then release the heat shield on the bottom of the aeroshell. The rocket pack landing stage will then separate from the back shell to begin the powered descent phase before lowering the rover for touchdown.

The entire entry, descent and landing process will take around seven minutes from the time the spacecraft hits the upper reaches of the Martian atmosphere until the rover softly lands on the surface of Mars.

Before the rover can attempt the make-or-break landing on Mars, the mission has to safely launch from Earth.

Once the Mars-bound spacecraft is fully assembled in June, the team of JPL engineers working at Kennedy will hand over the vehicle to United Launch Alliance for encapsulation inside the payload fairing of its Atlas 5 rocket.

The spacecraft — inside the Atlas 5’s fairing — will next be transported across the Cape Canaveral spaceport to ULA’s Vertical Integration Facility at pad 41. A crane will hoist the payload on top of the Atlas 5 rocket inside the VIF for final electrical checkouts and an end-to-end integrated test before rolling out to the launch pad.

Also on tap in early July: The installation of the rover’s plutonium power source. The nuclear-powered robot will be fitted with its radioisotope power generator inside ULA’s vertical rocket hangar.

The Perseverance rover is currently second in line on ULA’s mission manifest after the planned launch of an Atlas 5 rocket May 16 with the U.S. Air Force’s X-37B orbital spaceplane.

Once the X-37B mission takes off, ULA will begin stacking the Atlas 5 rocket for the Perseverance mission, formerly known as Mars 2020. The Atlas 5 assigned to launch the Mars rover will fly in the “541” configuration with a 5.4-meter-diameter (17.7-foot) payload fairing and four solid-fueled strap-on boosters.

NASA says ground teams are taking extra precautions as they prepare the Perseverance rover for launch during the coronavirus pandemic.

If the mission can’t take off in July or August, the next opportunity to launch the rover will not be until September 2022, when the Earth and Mars are again properly aligned to make the interplanetary voyage possible. Such a delay could add up to $500 million to the mission’s total cost, according to NASA Administrator Jim Bridenstine.

While many members of the mission’s software development, science, operations and planning teams have worked remotely over the last two months, around 80 mission-critical personnel have performed required final processing, testing and assembly steps on the spacecraft at the Kennedy Space Center.

The processing team traveled between their home base in Southern California and Florida’s Space Coast on a NASA aircraft, minimizing their risk of exposure to the COVID-19 viral disease.

NASA identified the Perseverance mission as the top priority for the agency’s science directorate, and top officials approved extra measures to ensure the rover could remain on schedule for launch.

Some team members who would have traveled to Kennedy to perform inspections of the rover were able to instead complete their work remotely, thanks to a live video connection through a smartphone.

In addition to its sample collection mission, the Perseverance rover carries a suite of science instruments and the first zoom-capable camera to travel to Mars. The instruments will gather information on soil and rock composition, and the presence of organic material, the building blocks of life.

A Norwegian-developed ground-penetrating radar on Perseverance will study the Red Planet’s underground geologic structure. The instruments mounted inside the Perseverance rover’s main body include MOXIE, which will demonstrate the production of oxygen from carbon dioxide in the atmosphere of Mars, a capability that future astronaut explorers could use.

The mission also carries a weather station and two microphones to record the sound of the rover’s landing and Martian winds.

Another pioneering objective of the Perseverance mission will be the deployment of the first Mars Helicopter — recently named Ingenuity by Alabama high school student Vaneeza Rupani — to fly through the planet’s thin atmosphere.

Carrying cameras and its own solar panel to produce electricity, the rotorcraft become the first vehicle of its kind to fly to another planet. Its mission is primarily a technology demonstration. 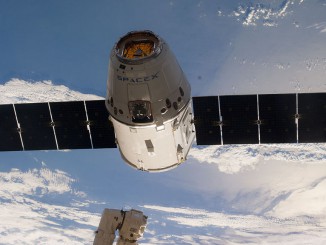 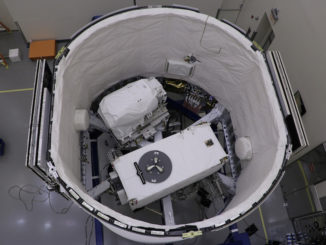 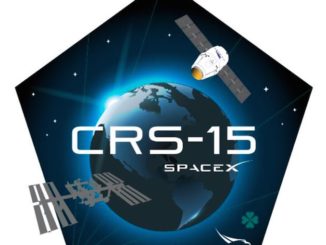