Taking aim on the International Space Station, nine kerosene-burning rocket engines powered a SpaceX Falcon 9 launcher into a clear sky over Florida’s Space Coast on Friday night to begin the final flight of the first version of the company’s Dragon cargo ship.

Minutes later, the Falcon 9’s first stage booster returned to a site a few miles from its starting point and landed at Cape Canaveral, marking the 50th time SpaceX has recovered a Falcon booster intact since the California rocket maker’s first successful recovery in 2015.

The first stage’s nine Merlin 1D engines powered the launcher toward the northeast from Cape Canaveral, and the booster shut down and separated from the Falcon 9’s upper stage around two-and-a-half minutes later.

Three of the booster’s engines ignited to steer the rocket back toward the launch site, and three engines fired again minutes later to help the rocket stage slow down and target a return to Landing Zone 1 at the Florida spaceport.

The Falcon 9 booster’s center engine ignited again around eight minutes after liftoff as the first stage descended toward the landing zone. Four landing legs extended moments before touchdown as sonic booms crackled across the Space Coast.

Moments later, the Dragon spacecraft separated from the Falcon 9’s upper stage and unfurled its power-generating solar panels. A series of engine burns will fine-tune the ship’s approach to the space station, setting the stage for an automated laser-guided rendezvous before it is captured using the research lab’s Canadian-built robotic arm around 7 a.m. EDT (1100 GMT) Monday.

The back-to-back spectacles of a rocket launch and landing have become somewhat routine as SpaceX recovers and reuses Falcon boosters, but Friday night’s mission was a turning point for the company’s Dragon program, which ferries cargo — and soon astronauts — to and from the space station.

SpaceX’s 20th launch to resupply the space station signaled the start of the last flight under a $3 billion contract NASA awarded the company in December 2008. The Commercial Resupply Services, or CRS, contract was intended to ensure the space station continued receiving regular cargo shipments after the retirement of the space shuttle, which occurred in 2011.

After the delivery of this mission’s cargo load Monday, SpaceX will have carried more than 94,000 pounds (about 43 metric tons) to the International Space Station on 20 missions. Assuming the current mission ends successfully next month, 20 Dragon missions will have returned about 74,000 pounds (33 metric tons) of cargo from the space station back to Earth.

Items packed into the Dragon capsule launched Friday include an outdoor science deck to be installed outside the space station’s European Columbus module. The external platform, named Bartolomeo, will be attached to the outer hull of the Columbus module later this month, and astronauts will perform a spacewalk in April to connect wiring harnesses to bring the new facility into use.

The Bartolomeo platform features 12 different mounting sites to accommodate science payloads, experiments, and technology demonstration packages. Developed by Airbus Defense and Space in partnership with the European Space Agency, the new facility adds to the space station capacity for research, and is aimed at offering accommodations for commercial experiments outside the orbiting complex.

The Dragon spacecraft launched Friday night is packed with about a ton of scientific experiments in its pressurized cabin, including biological research investigations studying microgravity’s impact on stem cells, intestinal diseases and chemical reactions.

Another experiment heading to the space station comes from Delta Faucet, which will study water droplet formation in microgravity in hopes of developing better-performing shower heads while reducing water usage.

After about a month in orbit, astronauts will load research specimens and other cargo tagged for return to Earth into the Dragon spacecraft, which is scheduled to depart the space station and splash down in the Pacific Ocean southwest of Los Angeles on April 6.

The return of the Dragon capsule next month will mark the transition to SpaceX’x next CRS contract with NASA. SpaceX’s following series of cargo missions will use a new Dragon spacecraft design known as the Dragon 2. Cargo flights to the space station using the Dragon 2 spacecraft are scheduled to begin in late October.

The Dragon 2’s human-rated variant is named the Crew Dragon, which is scheduled to fly astronauts to the space station for the first time in the coming months.

The Dragon spacecraft shot into orbit during Friday’s launch — designed CRS-20, or SpaceX-20 — previously flew to the space station twice on the CRS-10 and CRS-16 missions in February 2017 and December 2018, according to SpaceX.

It can also dock automatically with the space station, without requiring station crews to capture it with the research lab’s Canadian-built robotic arm. That will mean Monday’s capture of the cargo capsule will be the final time a Dragon spacecraft will be robotically berthed to the orbiting complex.

“One of the things we’ll have with CRS-2 (with SpaceX) is we’ll have a little bit more powered payload locker capability,” said Kenny Todd, NASA’s manager of International Space Station operations and integration. “That’ll help us be able to put on more payloads. A lot of the high-value science we fly is associated with some off our biological samples, and our ability to fly more of those allows us to support more users here on the ground with a lot of investigation in the biomedical area.”

“When they do that, they’ll be a matter of hours from the port,” Todd said. “So that will allow us to get this critical science back in the investigators’ hands much quicker.”

The Dragon 2 will be able to carry heavier cargo loads to the space station. But the Dragon 2’s primary arrival mode, using docking rather than capture and berthing with the robotic arm, comes with a limitation.

When the first Dragon capsule launched on a demonstration flight in 2010, it marked just the second flight of SpaceX’s Falcon 9 rocket. The Falcon 9 is now a workhorse for NASA, the U.S. military and commercial satellite operators, and Friday night’s mission was the 82nd flight of a Falcon 9 rocket since 2010.

SpaceX has matured from a new entrant in the launch industry to a market leader in the decade of Dragon. The company has started regularly reusing rocket boosters and space capsules, and is on the cusp of launching astronauts for the first time.

“We learned so many things,” said Hans Koenigsmann, SpaceX’s vice president of build and flight reliability, during a press conference Friday. “We learned how to operate a spacecraft. We learned how to dock and berth with the station. We learned how to work with NASA, with (mission control in) Houston in parallel, how to do all of these things in order to become basically a space operator.

“There are so many lessons — how to recover it in the ocean, how to refurbish it, and how to make it safe to fly again,” he said. 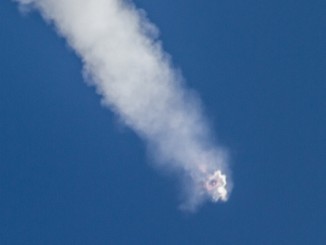 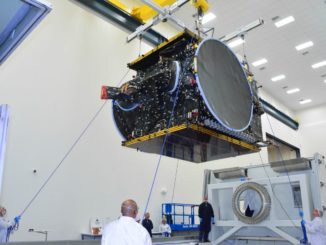 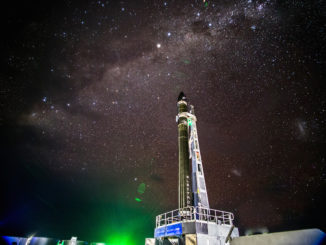