A Eutelsat communications satellite launched Oct. 9 has suffered an “incident” with one of its two solar arrays, the Paris-based operator announced Thursday.

Built by Northrop Grumman, the Eutelsat 5 West B satellite is designed to provide TV broadcast services over France, Italy, Algeria, and neighboring regions for at least 15 years.

Eutelsat said in a statement Thursday that it is investing an apparent solar array anomaly on spacecraft.

“An incident occurred on one of the two solar arrays on the Eutelsat 5 West B satellite, as it approached its orbital test location,” said Marie-Sophie Ecuer, a Eutelsat spokesperson. “An inquiry with Northrop Grumman to investigate the causes of the incident and assess the impact on the performance of the satellite is underway.”

Eutelsat said the spacecraft is fully insured against a possible loss by an insurance policy covering the launch and the first year of operations.

Eutelsat 5 West B launched Oct. 9 from the Baikonur Cosmodrome in Kazakhstan aboard an International Launch Services Proton rocket. The Proton’s Breeze M upper stage delivered the spacecraft, along a co-passenger payload designed demonstrate satellite servicing, into an elliptical transfer orbit.

Satellites in geostationary orbit travel at the same velocity as Earth’s rotation, allowing the spacecraft to remain above the same geographic position 24 hours a day.

The Eutelsat 5 West B satellite was expected to enter service at 5 degrees west longitude.

Eutelsat 5 West B carries a communications payload, supplied by Airbus Defense and Space, with 35 Ku-band transponders. Eutelsat previously said the launch of Eutelsat 5 West B will help ensure uninterrupted service from the 5 degrees west position.

The spacecraft also hosts a geostationary orbit node for the European Geostationary Navigation Overlay System, or EGNOS, to beam GPS and Galileo navigation augmentation signals to improve position accuracy and reliability. The EGNOS signals provide additional navigation data for use by pilots during critical flight stages, such as final approach and landing.

The European GNSS Agency and Eutelsat signed a 15-year deal in 2017 to accommodate the EGNOS payload on Eutelsat 5 West B. The contract was valued at 102 million euros ($112 million).

The Northrop Grumman-built Mission Extension Vehicle, which flew into orbit with the Eutelsat satellite on top of the Proton/Breeze M, is performing well.

“The MEV-1 spacecraft remains in good health and all deployments, including its solar arrays, have been successfully completed,” said Tom Wilson, president, Space Logistics, LLC, a subsidiary of Northrop Grumman that plans to use the MEV to kick-start a satellite servicing business. “All systems are nominal as MEV-1 has begun a multi-month orbit-raising phase of the mission for a planned rendezvous and docking with its first client satellite early next year.”

MEV-1 will dock with an Intelsat communications satellite near geostationary orbit and take over attitude control and orbit maneuvering functions. 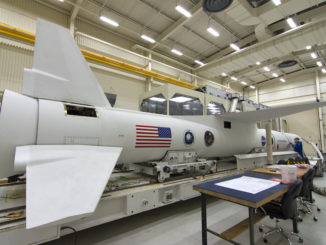 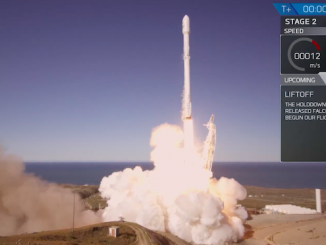 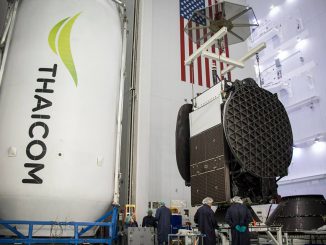