After a spacesuit sizing problem prevented an all-female spacewalk earlier this year, astronauts Christina Koch and Jessica Meir will get a chance to make history Oct. 21 when they venture outside the International Space Station in the fourth of five excursions to install a new set of solar array batteries, NASA managers announced Friday.

“Women (at NASA) are part of the team, I see women at every level of leadership, in technical areas as well as management,” said Megan McArthur a veteran astronaut who now serves as deputy chief of NASA’s astronaut office. “It’s not something that, fortunately, we have to stop and think about very often.”

Even so, she told reporters, “I do think in this case it is something to look back and reflect on.”

“It is a milestone, and it remarks on the fact that we have so many women engaged in the space program now,” she said. “It is something that’s wonderful to see. But, again, we are so well integrated as a part of the team that it’s not something we struggle with or have to think about on a regular basis.”

The assignment comes as NASA works to replace 48 aging batteries in the space station’s solar power system with 24 more efficient lithium-ion power packs. The first set of six replacements was installed on the starboard 4, or S4, solar array segment in January 2017. A second set of six was installed last September on the port 4, or P4 arrays.

The third set, launched Sept. 24 aboard a Japanese HTV cargo ship, will be installed this month on the far left end, or port 6, segment of the power truss. A fourth and final set of batteries is expected to be launched to the station next May for installation on the far right S6 truss segment.

Koch and astronaut Drew Morgan, both EVA veterans, will carry out the first two battery-swap spacewalks, the first on Sunday and the second next Friday. Morgan and Meir are on deck for the third excursion Oct. 16. That will set the stage for Koch and Meir to chalk up the first all-female spacewalk on Oct. 21, followed by the fifth EVA, this one with Meir and Italian astronaut Luca Parmitano on Oct. 25.

With the battery replacement spacewalks complete — and a Russian EVA on Halloween — the station crew will turn its attention to at least five more NASA spacewalks in November and December to repair a $2 billion cosmic ray detector that was not designed for servicing in orbit. Those spacewalks, carried out by Morgan and Parmitano, are considered the most complex since work to service the Hubble Space Telescope.

But the battery work is the highest near-term priority and on Oct. 16 Meir will become the 15th woman — the 14th American — to walk in space since Savitskaya’s historic outing 35 years ago. NASA astronaut Kathryn Sullivan became the first U.S. female spacewalker later in 1984.

In an interview with CBS News before she took off for the station Sept. 25, Meir, who began dreaming of becoming an astronaut when she was a teenager, said she was “really looking forward to the potential to do a spacewalk, since that’s really what I’ve always envisioned myself doing, really, my whole life.”

Koch became the 14th woman to walk in space last March 29 when she and crewmate Nick Hague worked to install the second set of solar array batteries. She originally was expected to venture outside with astronaut Anne McClain for the first all-female spacewalk, but Hague took McClain’s place because of a spacesuit sizing issue.

The swap-out prompted a bit of controversy on the ground, but NASA managers insisted the change was at McClain’s request.

Only one of the four suits aboard the station at the time was configured with a medium-size upper torso section. Suits can be re-sized in orbit, but changing the fit of an upper torso requires repositioning coolant lines and other components and then retesting the systems, a process that can take 12 hours or more.

McClain wore the medium during her first spacewalk March 22 and initially planned to wear a larger suit for the second spacewalk while Koch used the medium. But McClain decided after the first outing that she preferred the medium. Given the time needed to re-size another suit, she opted to delay her second outing until the medium suit was again available.

Hague took her place and joined Koch for the March 29 spacewalk. McClain then replaced Hague during a third excursion April 8. While the crew reassignments were unusual, all the astronauts ended up with the same number of spacewalks as originally planned.

“That spacewalk that had originally been planned to be conducted by Anne McClain and myself was not canceled, it still happened with a different crew to make sure we matched the spacesuit sizes and conducted that spacewalk as safely as possible to get the mission done,” Koch told a reporter in a recent interview from orbit.

“We currently do happen to have two medium spacesuits on board now. … Jessica and I both have trained throughout our six years together in the sizes that are available on board right now.”

The station’s power truss stretches the length of a football field and features eight huge solar wings, four on each end arranged in pairs. The arrays slowly rotate like paddle wheels as the station flies through its orbit to maximize the amount of sunlight reaching the solar cells.

When the station is in sunlight, power is fed directly to the lab’s myriad electrical systems. At the same time, the arrays re-charge four sets of massive batteries mounted at the base of each set of arrays. When the station moves into orbital darkness, the batteries seamlessly kick in to keep the station powered.

The station’s eight electrical power channels originally were supported by 48 nickel-hydrogen — NiH2 — batteries, six per channel. Twenty-four batteries, in two sets of 12, were mounted at the bases of the solar array wings on the starboard, or right, side of the station’s main truss with two sets of 12 on the port, or left, side.

But the original batteries have lost strength over the years and NASA is in the process of replacing all four sets with 24 smaller, more efficient lithium-ion — Li-Ion — batteries. The replacement units pack twice the punch, so only six are needed per set. The spacewalkers will install “adapter plates” with jumpers in the slots where batteries are removed but not replaced.

The upcoming battery swap outs are considered the most challenging yet because the spacewalkers will be working at the far left end of the station’s power truss, beyond the limit of reach for the lab’s robot arm.

As a result, five spacewalks will be needed to give the astronauts time to manually move the big batteries from a pallet to the work site, to re-stow older batteries that are removed and to make all the required structural and electrical connections. 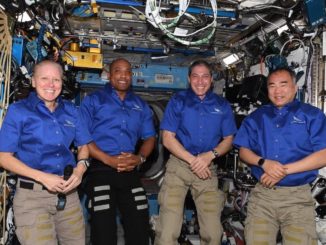 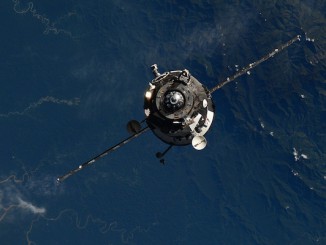 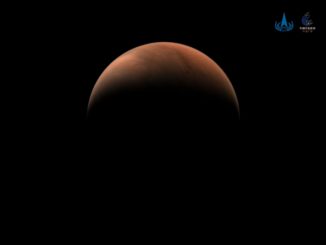