SpaceX test-fired a Falcon 9 rocket Monday night at the Kennedy Space Center in Florida, clearing the way for a launch Thursday with Qatar’s Es’hail 2 communications satellite, the first daytime liftoff from Florida’s Space Coast in more than six months.

The two-stage rocket is set to blast of with a previously-flown first stage booster recovered on SpaceX’s drone ship in the Atlantic Ocean following the July 22 launch of the Telstar 19 VANTAGE communications satellite.

The rocket will be rolled back to the hangar, connected with its commercial satellite payload, and returned to pad 39A in time for a launch window opening at 3:46 p.m. EST (2046 GMT) Thursday.

SpaceX is expected to attempt another landing of the rocket after Thursday afternoon’s liftoff, again aboard the drone ship “Of Course I Still Love You” a few hundred miles east of Cape Canaveral.

The payload for Thursday’s launch is Es’hail 2, built in Japan by Mitsubishi Electric Corp. and owned by Qatar’s national satellite communications company, Es’hailSat. Equipped with Ku-band and Ka-band transponders, Es’hail 2 will provide television broadcasts, broadband connectivity and government services to Qatar and neighboring parts of the Middle East, North Africa and Europe.

The spacecraft also carries the first two amateur radio antennas to fly in geostationary orbit, linking hobbyists across a third of the Earth’s surface in a single hop from as far west as Brazil and as far east as India.

In a statement earlier this year, Es’hailSat said the new satellite features “sophisticated anti-jamming capabilities” to curb interference and will significantly expand the company’s offerings currently provided by Es’hail 1, which launched in 2013 aboard an Ariane 5 rocket.

The launch Thursday will mark the 63rd flight of a SpaceX Falcon 9 rocket, and the 18th SpaceX mission of the year.

It will also end a run of night launches at Cape Canaveral stretching back to May 11, when a Falcon 9 rocket last flew from pad 39A. A series of launches from Cape Canaveral by SpaceX and United Launch Alliance over the summer and fall have all occurred during nighttime. 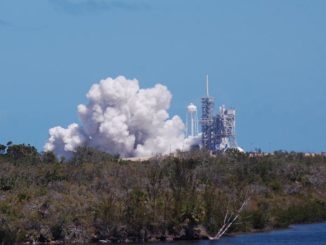 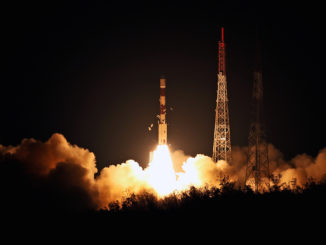 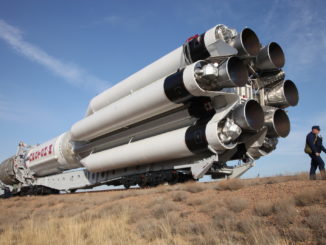