Rocket Lab’s second flight-ready Electron rocket has arrived at its launch base in New Zealand for the company’s first mission to deliver commercial satellites into orbit.

The launch is expected as soon as December, once engineers and technicians complete several weeks of testing on the rocket. The tests are expected to include countdown rehearsals, and possibly a hold-down firing of the Electron’s engines on the launch pad.

The target launch date for the Electron mission, which Rocket Lab says is primarily an experimental test flight, will be announced in the coming weeks, the company said in a statement Monday.

Rocket Lab has dubbed the second Electron launch “Still Testing.” It comes after the Electron rocket’s maiden test flight May 25, which the company named “It’s a Test.”

“It’s a great feeling to have another rocket on the pad,” said Peter Beck, Rocket Lab’s founder and CEO. “To be preparing for a second flight just months after an inaugural test is unprecedented for a new launch vehicle. It’s a testament to Electron’s robust design and the hard-working team behind it.

“The ‘Still Testing’ flight is a significant milestone in opening access to space and unlocking the potential that holds in improving the everyday lives of millions of people,” Beck said in a statement.

Several CubeSats from two California firms will ride to space inside the Electron rocket’s payload shroud. One Dove Earth-imaging CubeSat is slated to be on the launch for San Francisco-based Planet, and at least two Lemur-2 commercial weather CubeSats from Spire Global, another company headquartered in San Francisco, are assigned to the Electron’s second flight.

A manager at Planet said the Electron rocket will aim to release the CubeSats in an egg-shaped orbit ranging between 186 miles and 310 miles (300 to 500 kilometers) above Earth inclined 83 degrees to the equator.

Rocket Lab, Planet and Spire announced the agreement to fly the CubeSats on the Electron test flight in September.

“We’re thrilled with Electron’s performance in the first test flight and now we’re eager to test the next crucial step – payload deployment,” Beck said. “No major changes to the launch vehicle hardware have been required, the third-party error that meant we didn’t make orbit has been corrected and we’re focusing on the six Electron vehicles in production right now.”

The Electron soared to an altitude of 139 miles (224 kilometers) on the May 25 test flight. The first stage completed its burn as designed, then separated before the Electron’s second stage ignited and the vehicle’s payload shroud jettisoned to fall into the Pacific Ocean.

Rocket Lab said a piece of ground equipment supplied by a third party malfunctioned during the launch, losing track of the launcher and prompting a safety officer to send a command to terminate the mission to ensure the rocket did not stray from its pre-approved trajectory.

A review of telemetry data from the rocket showed it performed normally, with no indications of a problem that would have prevented it from reaching the velocity required to enter orbit.

No satellites were aboard the Electron launch in May.

Rocket Lab says there is a high likelihood of delays during the second Electron campaign as officials wait for favorable weather and ensure the rocket is ready for liftoff.

“While we’re still very much operating in a test phase and can likely expect a few scrubs during the second test flight attempt, we’re incredibly excited about carrying Planet and Spire payloads on Electron,” Beck said. “The data these companies gather has an increasingly significant role to play in how we understand our planet and better manage it.”

Beck told Spaceflight Now in August that he expects Rocket Lab will provide a live webcast of the second Electron test flight. The company restricted access to live video from the remote New Zealand launch base on the maiden test flight.

The company has its global headquarters in Huntington Beach, California, and plans to produce rockets there in the future. Rocket Lab’s Electron flights are conducted under the regulatory umbrella of the Federal Aviation Administration.

The light-class Electron rocket is capable of placing up to 330 pounds (150 kilograms) of payloads in a circular sun-synchronous orbit around 310 miles (500 kilometers) above Earth. The two-stage launcher stands 55 feet (17 meters) tall and burns a mixture of kerosene and cryogenic liquid oxygen propellants with nine Rutherford first stage engines and a single Rutherford powerplant on the upper stage.

The Rutherford engine uses electric turbopumps, a technological first in the space launch industry, and was developed in-house at Rocket Lab.

The company says it will charge $4.9 million per Electron flight once the booster begins regular launches, significantly less than any other launch provider flying today. The Electron is sized to offer a dedicated ride for payloads that currently must ride piggyback with a larger payload.

With money from venture capital funds in Silicon Valley and New Zealand, along with a strategic investment from Lockheed Martin and the government of New Zealand, Rocket Lab completed the design and qualification of the Electron rocket with less than $100 million since the company was established in 2006, according to Beck.

A further round of venture capital financing early this year brought the total investment in Rocket Lab to $148 million, valuing the company at more than $1 billion.

Rocket Lab’s competitors in the light launch market include Virgin Orbit, which is developing an air-dropped liquid-fueled rocket in the same class as the Electron. 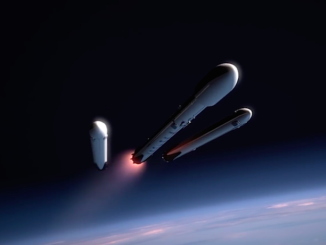 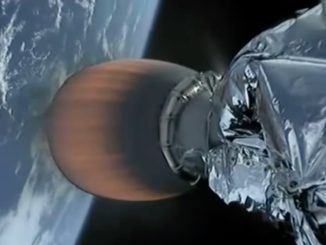 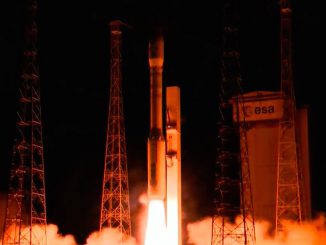