The launch of an experimental fin-stabilized Japanese rocket with a shoebox-sized CubeSat was scrubbed Tuesday, pushing back a test flight to demonstrate how companies and institutions can inexpensively put small satellites in space.

The modified sounding rocket, designated the SS-520-4, was scheduled to fire into the sky from the Uchinoura Space Center in southern Japan’s Kagoshima prefecture at 2348 GMT (6:48 p.m. EST) Tuesday, or 8:48 a.m. Japan Standard Time Wednesday.

Japanese officials announced a few minutes before the launch that the flight would be postponed due to bad weather at the space base. Authorities did not immediately set a new launch date.

The SS-520-4 will try to become the smallest rocket to ever put an object in orbit. Its sole payload is the six-pound (three-kilogram) TRICOM 1 spacecraft, a CubeSat from the University of Tokyo designed for communications and Earth observation experiments.

Standing 31 feet (9.5 meters) tall and spanning around 20 inches (52 centimeters) in diameter, the SS-520-4 will blast off from a rail launch system and head east over the Pacific Ocean, dropping its lower two stages and payload enclosure into the sea in the first few minutes of the flight.

Primarily funded by a $3.5 million budget provided by the the Japanese government’s Ministry of Economy, Trade and Industry, the SS-520-4 program is a one-off demonstration by Japan’s space agency, which aims to validate low-cost technology and launch operations procedures for a future “nano-launcher” to deploy tiny satellites in orbit on dedicated rides.

The launch is purely an experiment, and the student-developed TRICOM 1 CubeSat stowed in the nose of the SS-520-4 booster is as much an educational tool as a space research probe.

If the SS-520-4 rocket’s flight goes as planned, it will become the smallest and lightest vehicle to ever put an object in orbit.

The small-scale satellite launcher is based on Japan’s SS-520 sounding rocket, a two-stage vehicle developed by IHI Aerospace and JAXA’s Institute of Space and Astronautical Science, which has flown twice on suborbital research missions from Uchinoura and Svalbard, Norway, in 1998 and 2000.

The rocket will target an orbit ranging between 111 miles (180 kilometers) and 932 miles (1,500 kilometers) in altitude, with an inclination of 31 degrees.

A timeline of the launch from JAXA is published below. 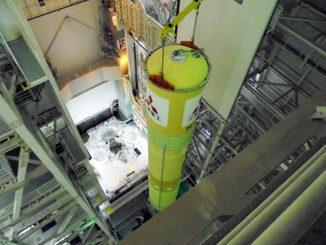 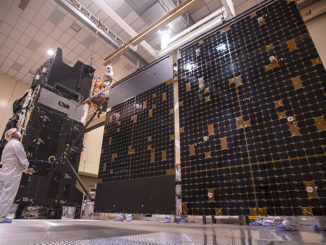