CAPE CANAVERAL — A state-of-the-art satellite to provide high-speed Internet connectivity across North America, specializing in areas where terrestrial networks are not available, will be mounted atop its booster rocket Saturday in preparation for launch next weekend.

The EchoStar 19 spacecraft will be propelled into orbit atop a United Launch Alliance Atlas 5 rocket on Sunday, Dec. 18.

Playalinda Beach just north of the launch pad will offer the best and closest viewing spot for the general public.

The mission was pushed back two days to replace a component and to retest the rocket after pre-flight checkouts turned up a part that was misbehaving.

Built by SSL, the 15,000-pound craft will be moved from the commercial Astrotech payload processing center to Complex 41 early Saturday morning. A crane will hoist EchoStar 19 atop the Centaur upper stage.

The satellite has been encapsulated in the Atlas 5 rocket’s Extra Extended Payload Fairing (XEPF) aluminum nose cone. The shroud is 14 feet wide and 45 feet in length.

Once EchoStar 19 is mounted to the rocket, the Atlas 5 will stand 194 feet tall.

The spacecraft will be operated in geostationary orbit to link rural users to the Internet with the help of a rooftop satellite dish.

It will enable growth of HughesNet, which is the most popular satellite Internet service in the U.S. with one million customers. 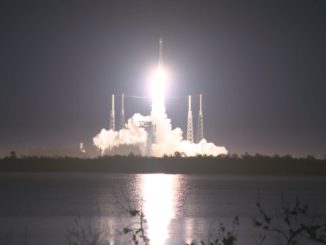 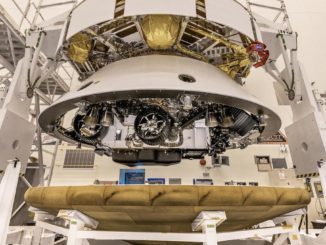 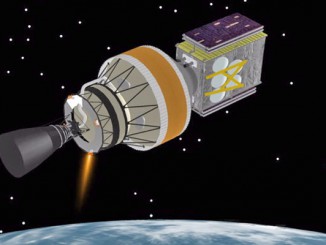