A first look at the red planet from the ExoMars Trace Gas Orbiter, now in its second month at Mars, gave scientists a sample of the three-dimensional imagery and detailed atmospheric measurements expected over the spacecraft’s five-year mission.

The orbiter’s chief objective is to tease out the trace constituents of the Martian atmosphere, particularly methane, a gas detected intermittently over the last decade that scientists think could be produced by microbes or undiscovered ongoing geological activity.

The Trace Gas Orbiter, or TGO, has two instruments — one from Europe and one from Russia — focusing on atmospheric research. A mapping camera from Switzerland and a water-seeking neutron detector from Russia’s Space Research Institute are also aboard the spacecraft.

The orbiter arrived at Mars on Oct. 19 with the Schiaparelli lander, a technology demonstrator probe that crashed after an apparent measurement error led its computer to misjudge its altitude.

The Trace Gas Orbiter was the lander’s mothership, and it successfully swung into orbit with a make-or-break engine burn, giving Europe its second satellite around Mars.

The spacecraft still needs to tighten its orbit, using repeated dips into the upper reaches of the Martian atmosphere next year to create enough drag to tug the satellite into a circular orbit around 250 miles (400 kilometers) above the surface.

For now, the Trace Gas Orbiter is flying in a highly elliptical orbit not optimized for scientific observations. The craft currently flies as close as 140 miles (230 kilometers) and as far as 61,000 miles (98,000 kilometers) from the planet during each 4.2-day orbit.

But ground controllers switched on the craft’s four science instruments last week to gauge their performance. The results are promising, the European Space Agency said.

“We are extremely happy and proud to see that all the instruments are working so well in the Mars environment, and this first impression gives a fantastic preview of what’s to come when we start collecting data for real at the end of next year,” said Håkan Svedhem, ESA’s project scientist for the ExoMars Trace Gas Orbiter.

The orbiter’s science camera — the Color and Stereo Surface Imaging System, or CaSSIS — returned its first images of Mars last week, including a three-dimensional reconstruction from a pair of images taken from different view points as the spacecraft soared overheard.

“The first images we received are absolutely spectacular – and it was only meant to be a test,” said Nicolas Thomas, principal investigator for the CaSSIS camera from the University of Bern in Switzerland. “A lot of public attention has been on the failed landing of Schiaparelli, but TGO has been working really well so we have been extremely busy in the past month.”

CaSSIS got one of the closest views of Mars it will get throughout TGO’s mission, snapping images Nov. 22 of the Hebes Chasma region just north of the red planet’s famous Valles Marineris canyon system from an altitude of 146 miles (235 kilometers), much lower than the orbiter’s operational perch of 250 miles.

Scientists said the 11 images captured by CaSSIS during the Nov. 22 flyby, along with other data on the camera’s performance, will help improve the imager’s on-board software and the quality of images after processing.

“We were quite nervous but it looks as though almost everything functioned as we planned it,” said Antoine Pommerol, CaSSIS co-investigator at the University of Bern. “The resulting images are really sharp.”

The camera aboard the Trace Gas Orbiter is designed to capture pairs of images of the same location on Mars from different angles as the spacecraft flies overhead. The camera first takes one image of a particular location, then the spacecraft pivots to take another picture from a different viewpoint.

The combination of images allows scientists to create a stereo image, revealing topography and vertical relief not visible in a single picture.

“The techniques for producing stereo from this type of data are still being developed but our Italian colleagues from the Astronomical Observatory of Padova (INAF), who are experts in this field, were able to produce a first result in just a couple of days in spite of it being very challenging,” Thomas said in a statement.

While the images released publicly this week are in black-and-white, the CaSSIS team reported a test of the camera’s color capabilities was also successful. Some future snapshots will be in color, scientists said.

The spacecraft’s two atmospheric research instruments are the European-led Nadir and Occultation for Mars Discovery, or NOMAD, package and the Russian Atmospheric Chemistry Suite.

ESA said both instruments “demonstrated they can take highly sensitive spectra of the atmosphere” as designed. Researchers developed NOMAD and ACS to take an inventory of the chemicals that make up a tiny fraction — just 1 percent — of the Martian atmosphere, but are poorly understood and, especially in the case of methane, have potential ramifications for the presence of life on the red planet.

The first measurements from the atmospheric instrument suites looked at chemicals with larger concentrations in the Martian atmosphere, such as carbon dioxide and water.

“Our instrument has a detection sensitivity that is improved by several orders of magnitude compared to previous missions,” said Ann Carine Vandaele, NOMAD’s principal investigator from the Royal Belgian Institute for Space Aeronomy. “Hence, it is expected that both the main constituents and the trace gases (like methane) in the Martian atmosphere will be much better understood.”

The TGO’s fourth instrument — the Fine Resolution Epithermal Neutron Detector, or FREND — also collected its first dataset. The Russian-provided FREND instrument will measure neutrons scattered from Martian soil by the impact of cosmic rays, and the behavior and speed of the minuscule sub-atomic particles will tell scientists about the possible presence of shallow water or ice hidden just below the planet’s surface.

The spacecraft also carries two NASA-built Electra radios to relay commands and science data between Earth and rovers exploring Mars, expediting return of science data from the surface. NASA said this week that the TGO successfully received transmissions from the agency’s Curiosity and Opportunity rovers Nov. 22, and passed on the information to controllers on Earth.

The relay capability provided by the new European orbiter is critical, as three of the four spacecraft currently offering communications relay service at Mars are more than a decade old. The arrival of the Trace Gas Orbiter should help ensure the radio links stay active well into the 2020s.

The orbiter is part of the joint European-Russian ExoMars program, and will be followed up by the 2020 launch of a Russian-developed stationary lander and a European-built rover to search for signs of life.

The TGO’s aerobraking campaign will begin in March, with an eye toward the start of regular science operations in late 2017 or early 2018.

“Not only is the spacecraft itself clearly performing well, but I am delighted to see the various teams working together so effectively in order to give us this impressive insight,” Svedhem said in a statement. “We have identified areas that can be fine-tuned well in advance of the main science mission, and we look forward to seeing what this amazing science orbiter will do in the future.” 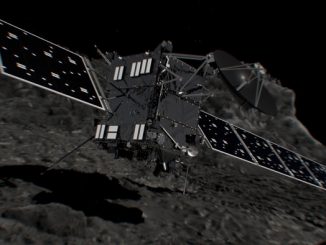 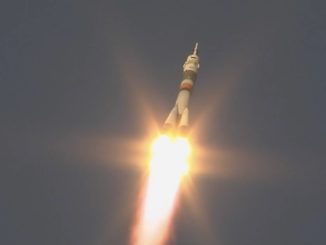 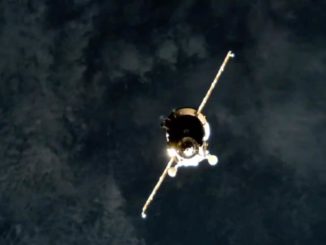