Kennedy Space Center officials said Tuesday that Hurricane Matthew knocked out the main cooling system for the iconic Vehicle Assembly Building and surrounding structures, but they expect no lingering effects from the storm on NASA’s Space Launch System and Orion spaceship scheduled for their first full-scale test flight around the moon in 2018.

Cabana, a former space shuttle commander, took to the skies Saturday for the first aerial assessment of damage wrought by Hurricane Matthew’s winds and storm surge.

“Even though I saw a lot of damage, when I got done I had great relief because it wasn’t as bad as it could have been,” Cabana said Tuesday. “A lot of that has to do with the efforts of the team preparing for Matthew, and the great job that we’ve done getting ready for work today.”

The core of the cyclone remained about 25 miles offshore from Cape Canaveral, but KSC was still hit by 90 mph winds, and a gust to 135 mph was measured by a sensor at the 492-foot-level, roughly the same height as the top of the Vehicle Assembly Building.

But the cavernous rocket integration building weathered the storm well, losing none of the exterior siding panels blown off by weaker hurricanes in 2004. Workers replaced corroded fasteners and washers with stainless steel connectors on the outside of the VAB in the aftermath of the back-to-back 2004 storms, and the change proved prudent, according to Cabana.

One of the most far-reaching impacts from Hurricane Matthew stemmed from the wrecked roof of a utility building near the VAB. The structure houses the chillers needed to cool offices, electronics and vast computer networks in support buildings and the launch control center, which NASA is readying to support countdowns for the Space Launch System, a towering 322-foot-tall (98-meter) booster designed to eventually send human crews into deep space, around the moon, and toward Mars.

The electrical switching equipment inside the utility building was “totally waterlogged” and may need to be completely replaced, Cabana said

Bob Holl, chief of KSC’s Damage Assessment and Recovery Team, said the loss of the chillers was a surprise and a “significant failure.”

But officials installed temporary chillers to allow software engineers to return to work inside the control center Tuesday and resume development of critical software for the SLS and Orion programs.

A report by NASA’s Office of Inspector General earlier this year singled out the software element of SLS and Orion ground systems at Kennedy Space Center as over budget and behind schedule.

NASA is combining multiple software products for the SLS and Orion ground system, which will control pumps, motors, valves, power supplies and other ground equipment, record and retrieve data, and monitor the health and status of the rocket and crew capsule during the countdown.

“Writing computer code to ‘glue’ together disparate products has turned out to be more complex and expensive than anticipated,” the inspector general found in a report released in March.

The NASA watchdog found that the budget for the software development effort has grown 77 percent to $207 million, and delivery of the finished product has slipped from July 2016 to September 2017. The software for the first uncrewed SLS/Orion test flight, named Exploration Mission-1, may not include all the features originally envisioned, officials said.

The quick response to the hurricane damage limited lost time in the software program to a couple of days, Cabana said.

The Orion crew capsule slated to launch atop the SLS on the unpiloted EM-1 test flight in November 2018 is being assembled and tested inside the Operations and Checkout Building at KSC. The spaceship is in good shape after Hurricane Matthew’s passage, Cabana said.

Launch pad 39B, one of two launch facilities left over from the Apollo and space shuttle programs, was also undamaged by the storm. The SLS will blast off from pad 39B from a 380-foot-tall (115-meter) mobile launch platform, which is fully built but is still receiving cabling, tubing and piping.

“I think it really helped going to our clean pad concept,” Cabana said, referring to NASA’s decision to demolish shuttle-era service structures at pad 39B and mount fueling and electrical lines on the mobile launch platform itself.

Officials reported the mobile launcher was unscathed, along with SLS work platforms being installed inside High Bay 3 inside the VAB, although some construction trailers housing contractors were damaged.

“I don’t know, at this time, of any significant issues that will impact SLS or Orion as a result of the hurricane,” Cabana said.

Most of the damage from Hurricane Matthew was in the northern part of the space center, near the VAB and the Complex 39 area, officials said.

Two office buildings adjacent to the VAB — OSB-1 and OSB-2 — sustained roof damage, and recovery crews are drying out water that seeped into offices. About one-fifth of OSB-2, one of the newest buildings on the KSC campus, remains uninhabitable, Cabana said.

The center director declined to offer a cost estimate for the damages, but said the figure will end up in the millions of dollars.

“I’m sure down the road there’s going to be some sort of emergency authorization for Hurricane Matthew that will help us out in the end,” Cabana said. “Financially, we’re in a good position to fix what we have to fix right away.”

“The areas hardest hit were some ground equipment at the SLC-41 Vertical Integration Facility (at the Atlas 5 launch pad), damage to the Mobile Service Tower doors at SLC-37 (the Delta 4 launch pad) and the Delta Operations Center roof,” ULA said in a statement. “We are assessing the timelines to recover these.” 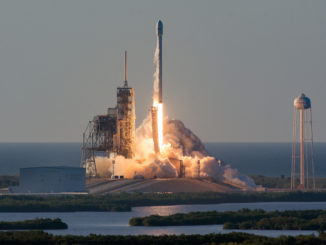 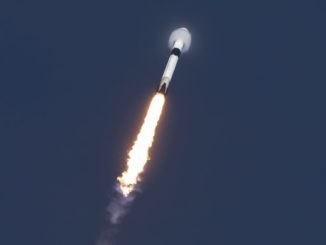