A Russian Proton rocket rolled out to its launch pad at the Baikonur Cosmodrome in Kazakhstan on Friday, riding a specially-built rail car with Europe’s ExoMars mission bound for the red planet.

The ExoMars spacecraft, comprising a European-built orbiter and lander, is the only mission launching to Mars this year, scheduled for blastoff at 0931:42 GMT (5:31:42 a.m. EDT) Monday.

Once the rocket arrived at Complex 200, Russian technicians used a hydraulic lift to rotate the 191-foot-tall (58-meter) rocket vertical. Mobile servicing platforms moved into place around the rocket for ground crews to complete final preflight checks on the booster.

The Proton spent two days at a fueling barn, where the rocket’s Breeze M upper stage received a mix of hydrazine and nitrogen tetroxide propellants. The Proton rocket’s core booster, made of three stages, will receive its load of hypergolic propellants at the launch pad.

The Proton/Breeze M combination has never been used to launch a mission to Mars before.

Then the ExoMars Trace Gas Orbiter, carrying a camera and instruments to study gases in the Martian atmosphere, will unfurl its solar arrays to start recharging the spacecraft’s battery.

The mission’s interplanetary journey will take more than seven months, with arrival at Mars pegged for Oct. 19.

Three days before reaching its destination, the orbiter and lander modules will separate, with the Schiaparelli descent probe heading for a parachute- and rocket-assisted touchdown on the red planet, aiming for the a flat plain named Meridiani Planum.

Around the same time, the Trace Gas Orbiter will swing into orbit around Mars, beginning a five-year mission focused on mapping the planet’s surface, searching for water ice deposits, and confirming the presence of methane in the atmosphere, a key indicator of ongoing biological or geological activity.

ESA partnered with Russia on the ExoMars program in 2012, after NASA pulled out of an agreement to provide two Atlas 5 rockets to launch back-to-back ExoMars missions in 2016 and 2018, citing funding constraints.

Russia will now provide Proton launchers for the ExoMars missions — the 2018 launch will deliver a rover to Mars — and a stationary surface science platform.

Photos of Friday’s rollout of the Proton rocket are posted below. 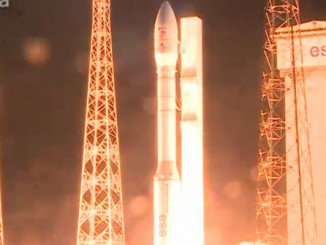 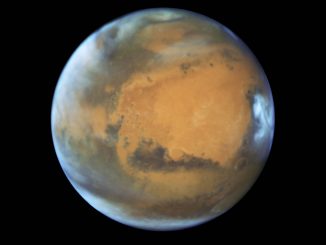 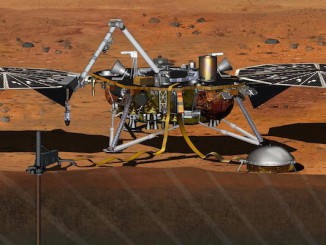