The $300 million Morelos 3 spacecraft was deployed Oct. 2 into a geosynchronous transfer orbit by a United Launch Alliance Atlas 5 rocket from Cape Canaveral, Florida.

Over the past month, the 11,685-pound satellite began using its onboard fuel supply by circularizing its orbit, achieving a 6-degree, inclined geosynchronous orbit 22,300 miles above the planet.

The craft was folded up neatly in a confined volume to fit inside the 14-foot-diameter rocket nose cone for launch.

“The company Boeing Satellite Systems International, manufacturer of the Mexican Satellite System MEXSAT, confirmed to the Secretaria de Comunicaciones y Transportes that the stage of deployment of the solar panels, antennas and Ku-band and L-band satellite thermal radiators concluded successfully, leading to start test runs on orbit,” SCT announced in a press release.

Boeing built the spacecraft using its 702HP design that is powered by two 5-panel solar wings that stretch 135 feet tip-to-tip. The craft will operate on 14 kilowatts of power at the start of its 15-year life.

The craft is designed to provide 3G+ cellular voice and data services to Mexican military forces, emergency responders, rural educators and hospitals in remote parts of the country.

Special light-weight terminals and smartphones on land, at sea and in the air will connect to the telecommunications services.

Boeing is expected to hand control of Morelos 3 to Mexican operators in December in preparation for the start of use by the middle of 2016.

Morelos 3 replaces the capabilities originally planned from the Centenario satellite, which was destroyed in a Russian Proton rocket failure in May. 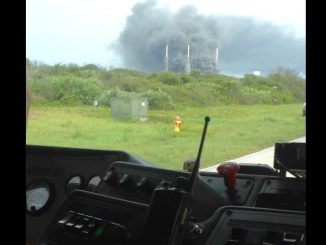 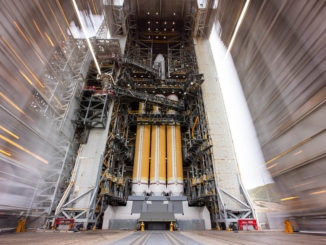 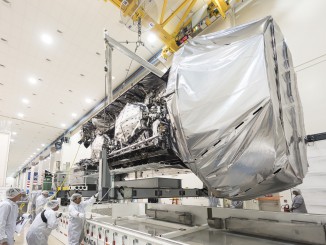