Three Russian military satellites arrived in orbit Wednesday after taking off from the Plesetsk Cosmodrome aboard a Rockot launch vehicle, a decommissioned ballistic missile modified for space applications.

The Rockot launcher lifted off from the Plesetsk Cosmodrome, a military facility about 500 miles north of Moscow, at 2200 GMT (6 p.m. EDT) Wednesday, according to a statement issued by the Russian Defense Ministry.

The booster’s two lower segments fired in the first five minutes of the launch sequence, then a Breeze KM upper stage ignited twice to propel the three satellites into orbit.

The Russian Defense Ministry said the upper stage deployed the spacecraft according to plan, and ground controllers have established communications links with the satellites, which are performing normally.

“The orbital unit consisting of the upper stage Breeze KM and the three spacecraft separated nominally,” said a statement released by the Khrunichev State Research and Production Space Center, the Rockot vehicle’s prime contractor. “Subsequent delta-injection of the spacecraft into the target orbit (was) performed using the Breeze KM upper stage main engine. The spacecraft separation took place at the design time on Sept. 24. Control of the satellites has been handed over to the customer.”

Tracking data released on the U.S. military’s Space Track website indicated three satellites attributed to the launch were in an orbit 1,500 kilometers (932 miles) above Earth inclined 82.5 degrees to the equator.

The Rodnik satellites are produced by ISS Reshetnev, which also builds spacecraft for a civilian analog called the Gonets system.

The launch marked the second flight of a Rockot vehicle this year, and its 24th flight since its maiden mission in 2000. 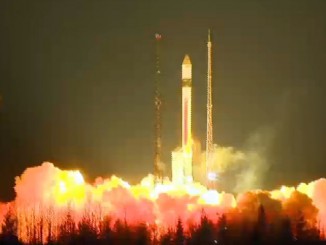 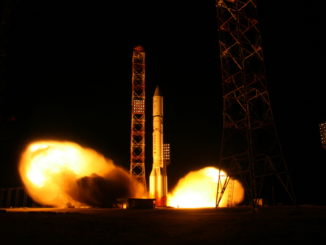 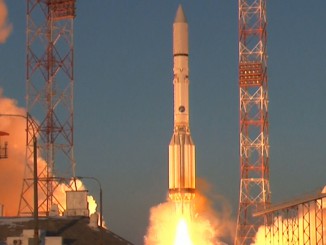