A Russian Proton rocket fired six main engines and soared into space from Kazakhstan on Saturday, deploying a commercial communications satellite owned by SES for a 15-year mission linking Europe, Africa and the Middle East.

The powerful launcher blasted off from the Baikonur Cosmodrome in Kazakhstan at 2137:49 GMT (4:37 p.m. EST) Saturday and climbed into mostly clear skies over the barren plains of Central Asia.

The rocket’s passenger was the ASTRA 2G communications satellite, a 6.6-ton spacecraft designed to beam television broadcasts and broadband services across the United Kingdom and Ireland, continental Europe, Africa and the Middle East.

The Proton’s fiery orange exhaust plume faded into a brilliant moving star as it flew northeast from Baiknour, jettisoned spent rocket stages, and disappeared from the views of cameras tracking the launch.

The rocket’s third stage switched off and separated from a Breeze M upper stage nearly 10 minutes after liftoff. The Breeze M’s main engine ignited five times over the next nine hours to maneuver the ASTRA 2G satellite into an egg-shaped orbit stretching more than 22,000 miles from Earth at its highest point.

The Breeze M stage was programmed to release the ASTRA 2G spacecraft at 0649 GMT (1:49 a.m. EST) after the completion of the engine’s fifth burn.

The mission’s maneuvers in orbit went as planned, according to International Launch Servies, the U.S.-based company which oversees commercial flights of Russia’s Proton rocket.

ILS declared the flight a success in a press release issued after confirmation of spacecraft separation.

ASTRA 2G will use an on-board propulsion system to put itself in a circular orbit 22,300 miles over the equator, where its orbital velocity will match the rate of Earth’s rotation, causing the spacecraft to hover in a fixed location in the sky.

The spacecraft is based on the Eurostar E3000 satellite platform manufactured by Airbus Defense and Space.

ASTRA 2G hosts 62 Ku-band transponders and four Ka-band transponders. It also carries a Ka-band and X-band communications package for the government of Luxembourg, which intends to use capacity on ASTRA 2G to meet regulatory requirements allowing the country to keep a soon-to-expire frequency allocation needed for a future military communications satellite.

Luxembourg plans to develop a dedicated satellite named GovSat to provide its military and allies with extra communications capacity.

Officials said ASTRA 2G would occupy an undisclosed slot in geostationary orbit to meet Luxembourg’s frequency commitment to international regulators before drifting to a final location near 28.2-28.5 degrees east longitude to enter commercial service for SES by June 2015.

The launch of ASTRA 2G was supposed to happen in mid-2014, but the satellite was grounded after a Proton failure in May halted launches of the rocket for four months. When the Proton rocket returned to flight status in late September, Russian government satellites took precedence in the manifest before ILS commercial flights resumed in December.

ASTRA 2G and its Proton rocket were already on the launch pad for a planned Nov. 27 liftoff when officials detected a problem with a gyro unit on the Breeze M stage. Technicians returned the launcher to its hangar for disassembly and repairs.

Saturday’s flight marked the 401st launch of a Proton rocket since it debuted in 1965. It was the 87th Proton launch conducted under the auspices of ILS since 1996, and ASTRA 2G was the 24th satellite owned by SES to lift off aboard an ILS Proton rocket.

The first Proton launch under the ILS umbrella sent up another SES satellite — ASTRA 1F — in 1996.

“ILS Proton has now launched nearly half of our operational fleet,” said Martin Halliwell, chief technology officer of SES. “ASTRA 2G will enhance and secure existing offerings to major direct-to-home (DTH) markets in the UK and Ireland, while meeting the requirements of some of the largest DTH broadcasters in Europe. Its Ka-band capabilities will be a critical communication link between West Africa and Europe. We thank all of the teams for their work on this important mission.”

“It is an honor to launch our 24th mission for our longstanding customer SES,” said Phil Slack, president of ILS. “From our very first ILS Proton mission with SES’s ASTRA 1F in 1996 to today’s launch, we are pleased to enable the growth of industry innovator SES for 18 years. The teams at SES, Airbus Defence and Space, Khrunichev and ILS are to be commended for their tireless efforts and dedication to the success of the mission.” 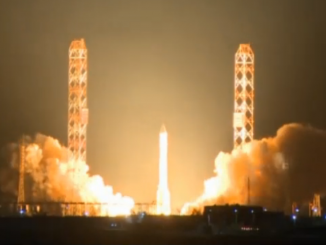 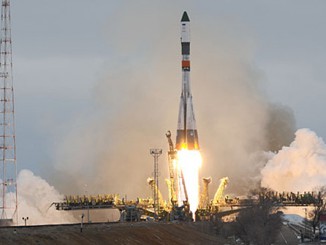 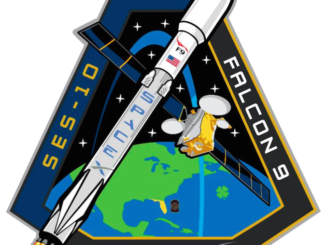