The dream of a self-sufficient space-faring civilization moved a step closer to reality this week as a commercial 3D printer was installed aboard the International Space Station for a tryout in orbit.

Astronaut Barry “Butch” Wilmore unpacked the 3D printer from its launch packaging and put it inside a safety housing in the space station’s Destiny laboratory module, according to Made in Space, Inc., the Silicon Valley startup which built the printer.

“This is a very exciting day for me and the rest of the team. We had to conquer many technical challenges to get the 3D printer to this stage,” said Mike Snyder, Made in Space’s director of research and development, in an update posted to the company’s website.

Developed in a public-private partnership between NASA and Made in Space, the 3D printer launched Sept. 21 on a SpaceX Falcon 9 rocket. It arrived at the space station two days later aboard a Dragon supply ship.

“This experiment has been an advantageous first stepping stone to the future ability to manufacture a large portion of materials and equipment in space that has been traditionally launched from Earth surface, which will completely change our methods of exploration,” Snyder said in Monday’s online update.

The printer was finally placed in an enclosure called the microgravity science glovebox and switched on Monday. The experiment housing allows astronauts to work with materials that may not be safe in the open atmosphere of the space station.

NASA wanted to take extra precautions for the first 3D printer in space.

The 3D printer works by extruding a special type of hot plastic — known as acrylonitrile butadiene styrene, or ABS — into layers to form a three-dimensional object. Engineers can upload the specifications of the finished product to the printer’s computer controller, which oversees the unit’s production.

The ABS plastic is the same material used to make Lego bricks.

In the coming weeks, the 3D printer will begin testing. It does not require much attention by the astronauts, who only need to set up the system and remove the printed part at the end of the process.

The printer will produce an initial set of more than 20 demonstration parts, according to NASA. The materials will include tools and test coupons that will also be printed by an exact copy of the Made in Space printer on the ground, then engineers will compare the products.

“We can build things that come back to the ground, and we can rip them apart,” says Jason Dunn, co-founder and chief technology officer of Made in Space. The test coupons will help test the strength and robustness of the materials printed on the space station.

“That’s really important for two reasons,” Dunn says. “One is it allows us to understand the material characteristics of the printing process, and it also allows us to compare apples to apples with the ground printer to see if it’s actually doing what it’s supposed to do.”

After its founding in 2010, Made in Space flew a prototype 3D printer on zero gravity research airplanes, exposing the hardware to 20-second periods of weightlessness to work out how to operate the printers in microgravity.

“We started with the goal of putting a 3D printer on the space station,” Dunn says. “We recognized that we needed to first figure out how to make 3D printing work in zero gravity.”

There were also thermal concerns.

“How do you keep the hot things hot and the cold things cold? That’s a tricky problem when you’re dealing with a 3D printer where you’re melting material and forming it into new shapes,” Dunn says.

If the technology works on the space station, it will be almost as easy as emailing a part to space, Dunn says.

“With the 3D printers that we can put up there, it will make it easy for anybody to put a part in space,” Dunn told Spaceflight Now before the printer’s launch in September. “We can — from our ground station — send a file to the space station and start printing it.”

Assuming the testbed works, another 3D printer developed by Made in Space is on track for liftoff to the space station next year. It will be available for use by NASA, international space agencies and commercial users, according to Dunn.

For future missions into deep space — where supply lines with Earth may be thin — astronauts could use 3D printers to manufacture spare parts.

“It’s especially important when we consider human space exploration,” said Niki Werkheiser, NASA’s manager for the 3D Printing in Zero-G project. “From day one, the supply chain has been very constrained. We have to launch every single thing we ever need from Earth, so being able to make what you need on orbit — when you need it — is a real game changer.”

Dunn says a joint study between Made in Space and NASA concluded about 30 percent of broken parts on the space station could be repaired with 3D printed parts.

3D printing in space would avoid putting parts through the intense shaking and noise of launch, and it could allow engineers to design and build components on the fly as parts break down in space.

Werkheiser says 3D printers could produce structures for tiny CubeSats that could be released from the space station. Tools, medical gear, and exercise equipment could also be made by a 3D printer.

“When you can design a part to be printed in microgravity, you don’t have to worry about things like launch loads any more,” Werkheiser said before the printer’s launch. “That has been so beaten into us from day one — to design for surviving the environment of launch.

“We’re definitely over-engineering for space just because we have to survive launch,” Dunn says. “Space manufacturing holds an answer there.”

“I think it’s really going to open up that design space and the possibilities,” Werkheiser says. “When we get that first call for the part that none of us really even thought of — out of all the brainstorming that we’ve done — I think that’s going to be a very exciting day.” 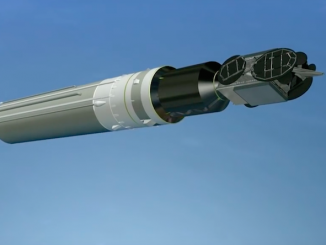 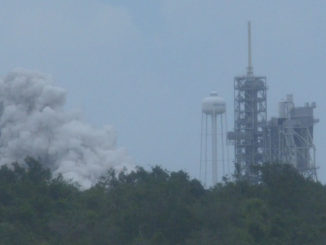 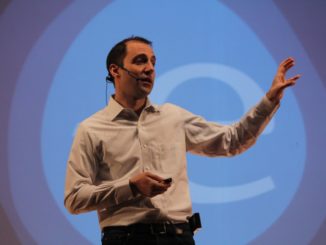