The Space Force says it changed the nickname of a GPS navigation satellite launched in June from Columbus to instead honor Matthew Henson, a Black explorer on the first expedition to the North Pole more than a century ago, “to acknowledge a fuller history of courageous explorers and pioneers.”

The military’s next GPS navigation satellite, set for launch Friday night, is nicknamed “Sacagawea” after the Shoshone woman who helped guide Lewis and Clark’s exploration of the American West in the first decade of the 1800s.

Press statements from the Space Force previously referred to “Columbus” as the nickname for the GPS 3 SV03 satellite, which launched June 30. A spokesperson from the Space Force’s Space and Missile Systems Center said nicknames selected by the GPS 3 team are “unofficial and not a formal part of the GPS 3 program.”

“Although originally voted upon with the best of intentions, the GPS III program team has reconsidered the nickname for (GPS 3 SV03) based on an intent to acknowledge a fuller history of courageous explorers and pioneers,” the spokesperson said. “The team has chosen instead to recognize and honor another historic figure: Matthew Henson, an important early 20th century American explorer of the Arctic.”

The nickname was changed before the GPS 3 SV03 satellite’s launch June 30, but it was not widely announced.

“Nicknaming space vehicles is consistent with a broader tradition in the space industry of affectionately naming space and launch vehicles,” the SMC spokesperson said.

Henson participated in a series of Arctic expeditions with fellow explorer Robert Peary. Henson, Peary and four Inuit companions reported that they reached the geographic North Pole in April 1909, and Henson later said he was the first to reach the location as he scouted ahead of the rest of the group.

“On April 6, 1909, Robert Peary, Matthew Henson, their Inuit guide Ootah, and three other Inuit named Ooqueah, Seegloo, and Egigingwah, reached the North Pole — or at least came close,” according to the Explorers Club, which finally admitted Henson a member in 1937.

In a written response to questions, SMC spokesperson Alicia Garges said Matthew Henson was one of the runner-ups earlier this year as the GPS team considered a nickname for a future GPS satellite. But SMC said they did not intentionally replace the the Columbus nickname for the GPS 3 SV03 satellite with a Black explorer.

“The GPS 3 program team is committed to respecting and honoring the perspectives and contributions of explorers from all backgrounds,” SMC said in a written statement.

The nicknames selected for GPS 3 SV04 through SV08 “cover a wide range of explorers and pioneers,” SMC said.

After the “Sacagawea” satellite — or GPS 3 SV04 — set for launch Friday, SV05 scheduled for launch in 2021 will be nicknamed Neil Armstrong. The Space Force says SV06 is nicknamed Amelia Earhart, SV07 is known as Sally Ride, and SV08 will honor Katherine Johnson.

The first two GPS 3-series satellites were named “Vespucci” and “Magellan” in honor of explorers Amerigo Vespucci and Ferdinand Magellan. 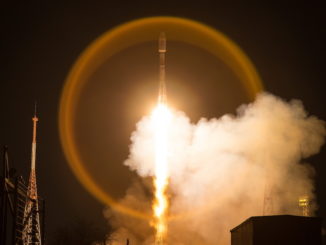 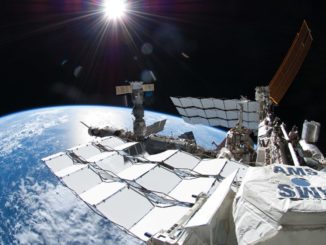