NASA astronaut Bob Behnken, now in the second half of his mission to the International Space Station aboard SpaceX’s Crew Dragon spaceship, glimpsed the commercial crew capsule from a unique viewpoint at the far end of the station’s solar power truss during a pair of recent spacewalks.

Behnken joined space station Expedition 63 commander Chris Cassidy on two spacewalks June 26 and July 1 to replace aging batteries on the far right side of the research lab’s truss structure, which spans the length of a football field tip-to-tip.

The astronauts got expansive views of the space station from their work site. “Not bad for a view while working,” Behnken tweeted.

In a series of media interviews last week, Behnken said the spacewalks marked the highlight of his mission, at least since he arrived at the International Space Station with crewmate Doug Hurley on the first crewed test flight of SpaceX’s privately-owned Crew Dragon spacecraft.

Behnken and Hurley docked with the space station May 31, a day after launching from the Kennedy Space Center in Florida on top of a SpaceX Falcon 9 rocket. Their historic flight is the first to use a commercial vehicle to carry astronauts into Earth orbit, and the launch was the first time astronauts rocketed into orbit from U.S. soil since the retirement of the space shuttle in 2011.

In response to questions from the Washington Post, Behnken said it was “just awesome to be able to look back and snap a picture” of the Crew Dragon spacecraft during the spacewalks.

In photos taken from inside the space station, the Crew Dragon is partially obstructed at its docking port on the forward end of the Harmony module. Looking back at the gumdrop-shaped capsule from the edge of the space station’s truss gave the astronauts a different perspective.

The photos also showed Japan’s HTV barrel-shaped cargo freighter berthed on the bottom side of the space station. The HTV stands out in the images because of the golden color of its thermal insulation.

The HTV delivered the six upgraded lithium-ion batteries being installed by Cassidy and Behnken on a series of spacewalks. The two astronauts are gearing up for two more spacewalks later this month, before Behnken and Hurley are scheduled to strap into the Crew Dragon and return to Earth around Aug. 2.

The spacewalks June 26, July 1 and later this month will complete an upgrade of the space station’s power storage system that has stretched over several years. A series of HTV missions have delivered new batteries to the outpost, and astronauts have swapped old nickel-hydrogen batteries for the more capable lithium-ion units, which NASA says will keep the battery system healthy through at least the rest of this decade.

The nickel-hydrogen batteries were launched with the solar power modules on space shuttle missions from 2000 through 2009.

During the June 26 and July 1 spacewalks, Cassidy and Behnken completed work to replace batteries in one of two power channels fed by the solar arrays on the far starboard side of the station’s structural truss. With that complete, seven of the eight solar power channels overall have received new lithium-ion batteries.

The excursions later this month will swap batteries on the eighth and final power channel.

Behnken told reporters last week that the Crew Dragon spacecraft is performing well more than a month into its mission at the space station. The capsule’s thermal control system is functioning normally, and its computers are weathering the radiation present in low Earth orbit.

“I think that’s the thing that really gives Doug (Hurley) and I continued confidence in the vehicle is that it is matching the engineering predictions for all of those things,” Behnken said.

Future Crew Dragon missions will last up to seven months, and NASA has approved the Crew Dragon test flight, designated Demo-2, to remain in orbit for up to four months. But NASA officials plan to bring Hurley and Behnken back to Earth around Aug. 2, starting a series of data and certification reviews expected to last around six weeks before the deeming the Crew Dragon ready for operational crew rotation flights to the space station.

Three NASA astronauts and a Japanese astronaut are assigned to the first operational Crew Dragon mission, which is expected to launch from the Kennedy Space Center as soon as mid-September.

More photos from the June 26 and July 1 spacewalks are posted below. 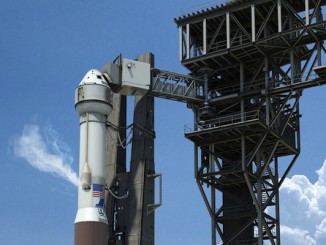 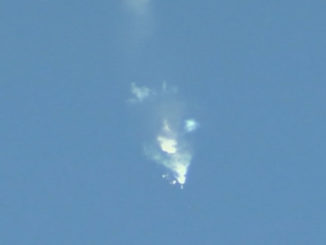 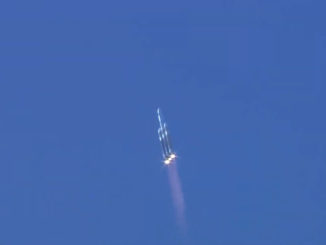