SpaceX transferred the first astronaut-ready Crew Dragon spacecraft Friday night from a fueling facility at Cape Canaveral Air Force Station to pad 39A at NASA’s Kennedy Space Center, where teams will join the capsule with its Falcon 9 launcher for liftoff later this month.

The spacecraft arrived at the pad 39A hangar late Friday night, according to Kyle Herring, a NASA spokesperson.

Before its transport by road to the Falcon 9 hangar, the Crew Dragon capsule’s propulsion system was loaded with hypergolic hydrazine and nitrogen tetroxide propellants inside a fueling complex a few miles south of pad 39A at Cape Canaveral Air Force Station.

The propellants will feed the Crew Dragon’s Draco in-space maneuvering thrusters and high-performance SuperDraco escape engines, which would only be activated in the event of an emergency during launch.

Liftoff of the Crew Dragon test flight — the first U.S. mission to send astronauts to Earth orbit since 2011 — remains scheduled for May 27 at 4:33 p.m. EDT (2033 GMT) to kick off a 19-hour pursuit of the International Space Station.

In the coming days, SpaceX ground crews will verify mechanical and electrical attachments between the Crew Dragon spacecraft and the Falcon 9 launcher inside the hangar. Then the entire vehicle, measuring some 215 feet (65 meters) tip to tail, will be lifted by a crane and placed onto SpaceX’s rocket transporter for the quarter-mile journey up the ramp to the deck of pad 39A.

The Falcon 9 launcher assigned to the Crew Dragon’s first piloted test flight — designated Demo-2 or DM-2 — is an all-new vehicle. SpaceX regularly lands and reuses rocket boosters to cut costs, but NASA has required SpaceX to assign new first stages to at least the initial launches that carry astronauts.

The first stage booster for the Crew Dragon’s Demo-2 mission is emblazoned with NASA’s “worm” logo, which spells out “NASA” in stylized lettering. The worm logo was introduced in 1975 to add a touch of modernity to the agency’s public image after the last of NASA’s Apollo moon landings, which took place when NASA used its original blue “meatball” symbol.

The worm logo was retired in 1992, and NASA removed the iconic interconnected lettering from signs, brochures, and even the agency’s space shuttles. The original meatball, first designed in the late 1950s, again became NASA’s official logo.

“The worm is back,” NASA announced last month. “And just in time to mark the return of human spaceflight on American rockets from American soil.”

In a statement, NASA said “the retro, modern design of the agency’s (worm) logo will help capture the excitement of a new, modern era of human spaceflight.”

The memorable worm insignia — with its stark red logotype — will make its first public appearance on a NASA-sponsored rocket in more than 20 years when the Falcon 9 launcher emerges from the hangar next week and rolls out to pad 39A.

Once the vehicle is vertical on the launch pad, SpaceX will run the Falcon 9 rocket through a fueling test and a test-firing of its Merlin main engines next week.

At the same time ground teams work on flight hardware at Cape Canaveral, NASA astronauts Doug Hurley and Bob Behnken are in quarantine at their homes in Houston before they travel to the Kennedy Space Center on Wednesday aboard a NASA Gulfstream jet.

The astronauts are both veterans of two space shuttle flights, and they started working full time on NASA’s commercial crew program in 2015. In 2018, NASA assigned Hurley and Behnken to the Crew Dragon’s first flight with astronauts.

After arriving at the spaceport in Florida on May 20, the astronauts will receive mission briefings, brush up on procedures, and perform fit checks with their SpaceX-made launch and entry flight suits. They are also scheduled to take questions from reporters in a press conference Wednesday at Kennedy soon after they arrive in Florida, then in a virtual news briefing Friday, May 22.

If activities next week go according to plan, the astronauts will run through a launch day dress rehearsal next Saturday, May 23.

The two-man crew will suit up and ride inside a Tesla Model X from the Operations and Checkout Building at Kennedy to launch pad 39A, where they will ride an elevator to the 265-foot-level of the pad’s fixed tower. They will then walk across SpaceX’s crew access arm to the white room, where a closeout team will help them board the capsule.

Hurley, the 53-year-old Dragon spacecraft commander, will strap into the left seat of the capsule. Behnken, 49, will take his place in the right seat for the pre-launch simulation.

The “dry dress rehearsal” is meant to give the astronauts and their support teams a feel for the flow of launch day.

Amid the hardware preps and crew activities, NASA and SpaceX managers plan to convene a pair of major reviews before the Crew Dragon launch to ensure the spacecraft, the rocket, the astronauts, ground systems and the International Space Station are ready for the test flight.

“The Flight Readiness Review on the 21st is a very big milestone,” McAlister said Thursday in a briefing to the NASA Advisory Council’s Human Exploration and Operations Committee. “That’s going to be when we we all get together one last time and say whether we are ready for flight. So that will be a huge, huge milestone.” 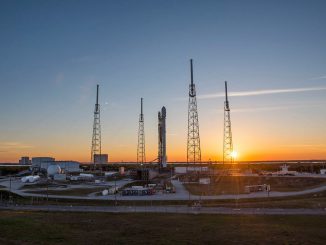 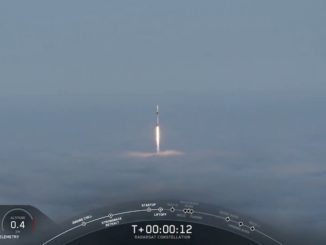 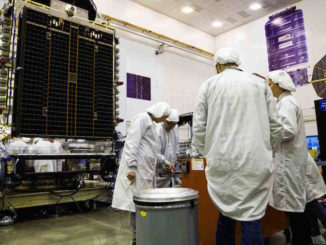