Working with a reduced staff due to coronavirus-related restrictions, European Space Agency flight controllers monitored the BepiColombo spacecraft during a flyby of Earth on Friday, a maneuver that used our planet’s gravity to steer the mission on a course toward Mercury.

BepiColombo sailed by Earth at a distance of around 7,900 miles (12,700 kilometers), about one-third the distance of geostationary communications satellites, at 0425 GMT (12:25 a.m. EDT) on Friday.

The BepiColombo spacecraft is made up of European and Japanese orbiters that will survey Mercury in tandem. A solar-powered ion propulsion module is accompanying the two science orbiters during the flight to the solar system’s innermost planet.

Some of BepiColombo’s 16 science instruments were switched on and gathered data on the Earth and the moon during the flyby, providing an opportunity to calibrate sensors before the mission reaches Mercury. Small cameras mounted outside the spacecraft also captured ethereal views of the Earth on BepiColombo’s approach Friday.

“These selfies from space are humbling, showing our planet, the common home that we share, in one of the most troubling and uncertain periods many of us have gone through,” said Günther Hasinger, ESA’s director of science, in a statement.

A reduced team of engineers at the European Space Operations Center in Darmstadt, Germany, monitored the progress of BepiColombo during Friday’s flyby maneuver. Scientists and managers, who would have normally been at the control center, tracked the flyby and analyzed data from their homes due to restrictions on gatherings of people adopted by ESA and government authorities.

“We are scientists who fly spacecraft to explore the solar system and observe the universe in search of our cosmic origins, but before that we are humans, caring for one another and coping with a planetary emergency together,” Hasinger said. “When I look at these images, I am reminded of the strength and resilience of humankind, of the challenges we can overcome when we team up, and I wish they bring you the same sense of hope for our future.”

BepiColombo’s flyby of Earth on Friday completed the first leg of the mission’s seven-year journey before entering orbit around Mercury in December 2025.

The $1.8 billion mission launched from French Guiana aboard an Ariane 5 rocket in October 2018. BepiColombo’s two orbiters will become the first European and Japanese spacecraft to enter orbit around Mercury, and will become the second mission to ever orbit the solar system’s innermost planet, following NASA’s MESSENGER spacecraft.

“Since it is very hard to go to Mercury, it’s quite a long tour to make,” said Johannes Benkhoff, ESA’s project scientist for the BepiColombo mission. “It’s a seven-year cruise which we have to go through, so we need the help of planetary flybys.”

During each flyby, BepiColombo will use gravity to slow down and reshape its orbit. Without the gravity assist maneuvers, BepiColombo would have had to launch on a much more powerful rocket.

Shortly after its closest approach to Earth, BepiColombo passed through Earth’s shadow for 34 minutes.

“This eclipse phase was the most delicate part of the flyby, with the spacecraft passing through the shadow of our planet and not receiving any direct sunlight for the first time after launch,” Montagnon said in a statement.

ESA said the spacecraft’s batteries were fully charged to prepare for the eclipse. Ground teams also ensured all components were warmed up.

“It is always nerve-wracking to know a spacecraft’s solar panels are not bathed in sunlight. When we saw the solar cells had restarted to generate electrical current, we knew BepiColombo was finally out of Earth’s shadow and ready to proceed on its interplanetary journey,” Montagnon said.

“We are all pleased that the flyby went well and that we could operate several scientific instruments, and we are looking forward to receiving and analyzing the data,” Benkhoff said. “These will also be useful to prepare for the next flyby, when BepiColombo will swing past Venus in October.”

The encounter with Earth was the first of nine planetary flybys planned during BepiColombo’s journey before it enters orbit around Mercury. The mission’s next flyby is scheduled for Oct. 15, when BepiColombo will make its first encounter with Venus.

Another Venus flyby is planned in August 2021, followed by six flybys of Mercury before BepiColombo finally enters orbit around the solar system’s innermost planet on Dec. 5, 2025.

Once at Mercury, the European Mercury Planetary Orbiter and the Japanese Mercury Magnetospheric Orbiter will separate to enter their own orbits and perform independent measurements.

BepiColombo’s European-built science orbiter will map Mercury and study the planet’s geologic history, while the Japanese component of the mission will observe the solar wind’s influence on Mercury. 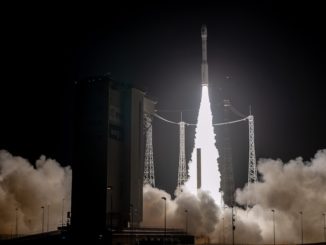 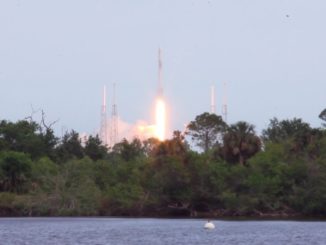 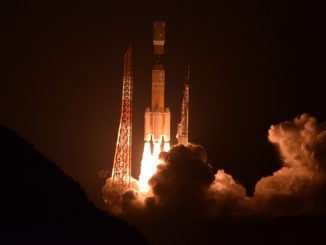