Northrop Grumman’s Cygnus supply ship set for liftoff Saturday will deliver to the International Space Station the final hardware for a series of ambitious spacewalks later this month to install a new coolant system on the Alpha Magnetic Spectrometer, a $2 billion particle physics experiment seeking the cosmic signatures of dark matter and antimatter.

The AMS repair equipment is part of some 8,200 pounds (3.7 metric tons) of cargo loaded inside the Cygnus supply ship on top of a two-stage Antares booster.

Mounted on the space station’s truss on the penultimate space shuttle mission in 2011, the Alpha Magnetic Spectrometer is effectively a powerful magnet that attracts cosmic rays, subatomic particles traveling through space at nearly the speed of light.

Three of the four coolant pumps on AMS’s silicon tracker, which measures the trajectory and energy of the cosmic rays captured by the instrument, have failed, prompting NASA engineers to develop a plan to repair the coolant system.

Led by Samuel Ting, a Nobel laureate from the Massachusetts Institute of Technology, the international science team behind the Alpha Magnetic Spectrometer is eager to receive more data from the instrument to see if trends from the first eight years of observations continue. AMS has detected more than 140 billion cosmic ray particles to date, cataloging their mass, velocity, charge and direction of travel.

Additional data will also reduce error bars on the data as physicists attempt to correlate the AMS measurements with theories — old and new — about the make-up of the universe. By unraveling the source of the cosmic rays, scientists hope to learn more about dark matter, antimatter, and other cosmic phenomena.

NASA is a partner on the AMS project, which is sponsored by the U.S. Department of Energy.

Mission planners have prepared for the upcoming spacewalks for four years.

“Since Professor Ting has brought us such compelling science, we’re going to extend its life,” said Ken Bollweg, the AMS project manager at NASA’s Johnson Space Center in Houston. “We want to take it as long as the space station is going to operate.”

“The purpose of AMS on the space station can be easily understood to know that we want to search for dark matter, antimatter, the origins of the universe and new physics phenomena through the study of charged cosmic rays,” Ting said Friday in a press briefing at NASA’s Wallops Flight Facility in Virginia.

Cosmic rays are absorbed by Earth’s atmosphere, requiring instruments on satellites or high-altitude balloons to study them.

“To measure the charge and momentum requires a magnetic spectrometer in space,” Ting said. “The space station is the ultimate laboratory.”

AMS was designed to last for three years, so it was not a shock for ground teams to deal with hardware failures after nearly a decade of operations.

“The existing system on AMS right now has four pumps, and three of them have stopped completely,” Bollweg said. “The last one is still operating on an intermittent basis when we have optimal solar beta (sunlight) conditions. I’m actually rather surprised that they lasted this long because they were originally designed for only three years, and its been about eight-and-a-half years now … I would expect that it’s a matter of months before we won’t be able to operate the cooling system at all anymore.”

The pumps regulate the temperature inside the AMS silicon tracker as the space station orbits Earth, exposing the instrument to temperature swings of hundreds of degrees.

With the new coolant system, AMS could operate until at least 2030, and perhaps longer, Bollweg said. NASA has committed to provide funding for International Space Station operations through at least 2024, but key members of Congress have signaled a willingness to continue allocating money for the station beyond that date.

AMS was never designed to be repaired in space, and it does not have the handrails or foot restraints present on other major pieces of the space station.

Bollweg said NASA developed 29 new tools for the AMS repair spacewalks, which agency managers have compared to the complexity of previous spacewalking excursions in which astronauts serviced the Hubble Space Telescope.

“When you put somebody in a big suit with pressurized gloves with limited dexterity, it changes the game entirely. You have to design tools and procedures completely differently,” said Brian Mader, a spacewalk task lead, in a post on NASA’s website.

The new coolant apparatus will be installed on the AMS instrument to bypass the failed pumps. The work will require cutting and reconnecting fluid lines that measure just 4 millimeters, or an eighth of an inch, in diameter, Bollweg said.

The new tools will help Parmitano and Morgan, who had special training for the AMS repair before their launch, remove debris shielding and work inside the delicate instrument. The astronauts will also replenish the instrument with liquid carbon dioxide coolant during the spacewalks, which could stretch from mid-November through early December.

Much of new coolant pump equipment for the AMS instrument was developed at RWTH Aachen University in Germany, one of the nearly 60 research institutions involved in the project, according to Bollweg.

James Voss, a former NASA astronaut and member of the NASA Advisory Council’s human exploration and operations committee, asked top agency officials earlier this week if the AMS repairs were worth the the investment of finite station resources and crew time.

“I understand the groundbreaking (potential) of the AMS, an the value to their field of science, but there’s always a point of diminishing return. Five EVAs is a big investment,” said Voss, who lived on the space station for five months in 2001 as part of the orbiting research lab’s second long-duration crew.

“Dr. Ting presented that to us, to NASA, and we weighed the risk and the cost … to the mission, and we felt that the value of this mission is well worth the risk we’re going to take,” said Sam Scimemi, director of the space station program at NASA Headquarters.

“We have an awful lot of work to to do on the space station to help us do things that are time-critical that we need resources to do,” said Voss. “We’re spending five EVAs, launch resources, a lot of other time that is going into getting them more data.”

Scimemi said repairing AMS will keep the instrument viable through the 2020s, a life extension he said would go “hand-in-hand” with an extension of the operating life of the space station itself.

Ting said the data from AMS, so far, is promising.

“Our data agrees with the dark matter model, but our data has large errors at high energies,” he said. “To be sure you have found the origin of dark matter, you want to reduce the error.”

Cosmologists predict about 90 percent of the matter in universe is actually dark matter.

“So we, indeed, have  a few strong hints antimatter does exist,” Ting said Friday. “The rate is very low — 1 in 100 million. One in 100 million is a very small number, and so we want to collect more data to make sure that what we see is really from something totally unexpected, totally new.” 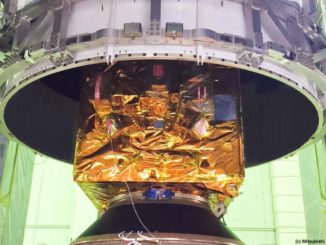 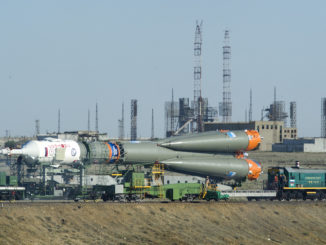 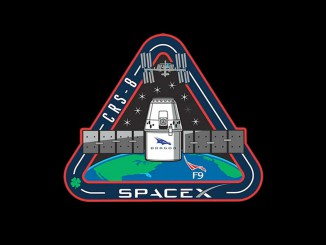