Astronauts Drew Morgan and Christina Koch floated back outside the International Space Station Friday and completed work to replace six aging batteries with three more powerful units in one of the lab’s eight solar power circuits. Three more spacewalks are planned over the next two weeks to replace another six batteries in an adjacent circuit.

The spacewalk began amid news from Moscow that legendary cosmonaut Alexei Leonov, the first human to walk in space in 1965 and commander of the Soyuz spacecraft that docked with a NASA Apollo capsule in 1975, had died after a long illness. He was 85.

“With our colleagues safely back inside having completed their spacewalk today, we would like to acknowledge that this is a bittersweet day for all of us on the International Space Station,” Jessica Meir said after Morgan and Koch returned to the Quest airlock to wrap up a 6-hour 45-minute spacewalk.

“Although we mourn his passing, it is somewhat fitting that Leonov left us on the day of a spacewalk. His 12-minute excursion outside the Voskhod 2 spacecraft more than a half century ago began a chapter in human spaceflight that brought us to the moon and which will bring the world to distant ports of exploration in the cosmos in the years ahead.”

The two-time Hero of the Soviet Union was a widely respected elder statesman in the international space community, honored by spacewalking cosmonauts during an excursion outside the space station earlier this year. A memorial service is planned for Oct. 15, according to his assistant.

Morgan and Koch switched their spacesuits to battery power at 7:38 a.m. EDT to officially kick off the 220th space station assembly and maintenance EVA since construction began in 1998. The outing came 35 years to the day after Kathy Sullivan became the first American woman to walk in space during a flight aboard the shuttle Challenger.

After making their way to the far left end of the station’s power truss, half a football field away from the lab’s pressurized living compartments, Koch and Morgan resumed work they started Oct. 6 when they removed three older nickel-hydrogen batteries and installed two of the more efficient li-ion units.

Because one new battery replaces two of the older models, the astronauts also are installing and wiring in six adapter plates where older batteries were removed.

The space station is equipped with eight huge solar array wings arranged in pairs, four on each end of the power truss. Each pair of wings is equipped with an integrated electronics assembly, or IEA, that originally were loaded with 12 nickel-hydrogen batteries each to provide electricity when the lab complex flies through Earth’s shadow.

Each IEA services two of the station’s eight electrical channels.

To keep the station operating at peak efficiency through the 2020s, NASA is in the process of replacing all 48 of the original batteries with 24 of the more powerful lithium-ion models. Two sets of six were installed in 2017 and 2018 for the left and right inboard arrays and the third set is being installed this month on the far left side of the truss.

A final set of six will be delivered to the space station next year for the far right side solar arrays.

During their first spacewalk last Sunday, Morgan and Koch removed three of the six nickel-hydrogen batteries that fed power channel 2B and installed two li-ion replacements. By the end of their second EVA, the astronauts had removed the remaining three nickel-hydrogen units and installed channel 2B’s third and final li-ion battery, along with the required adapter plates.

With their primary tasks complete, the spacewalkers carried out a few “get-ahead” tasks that will save time during the next spacewalk in the series, this one by Morgan and Meir, next Wednesday. The three remaining excursions will be devoted to servicing power channel 4B and carrying out additional get-ahead tasks as time permits. 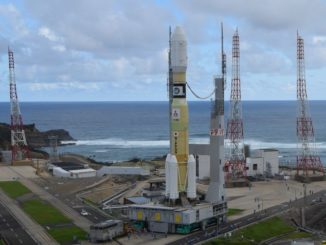 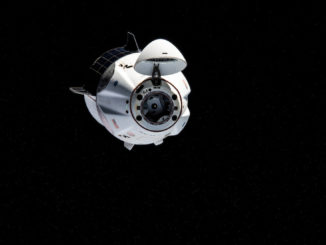