If time is available, they also may install a second HD camera, lock down brake handles on an astronaut equipment cart and photograph the insulation on a high energy physics experiment that has experienced cooling problems.

Floating in the Quest airlock module, Williams and Rubins plan to switch their spacesuits to battery power around 8:05 a.m. EDT (GMT-4), officially kicking off U.S. spacewalk 37, the 195th in station history, the fourth so far this year, the second for Rubins and the fifth for Williams, the commander of Expedition 48.

The spacewalk will come less than a week before Williams, Soyuz TMA-20M commander Alexey Ovchinin and flight engineer Oleg Skripochka return to Earth, descending to a parachute and rocket-assisted touchdown on the steppe of Kazakhstan Tuesday night (U.S. time) to close out a 172-day mission.

Bringing his fourth spaceflight to a close, Williams will set a new U.S. space endurance record of 534 days overall, moving him up to 14th on the list of most experienced space fliers. Russian cosmonaut Gennady Padalka holds the world record with 878 days in space over five flights.

After exiting the airlock, the astronauts will make their way to the left end of the space station’s main solar power truss to retract the Trailing Thermal Control Radiator, or TCCR (pronounced TICK-er) attached to the port-6, or P6, solar array.

The radiator initially was used to provide cooling when the P6 truss segment was mounted on top of the space station during the lab’s initial assembly. The radiator later was stowed and the P6 segment was moved to its permanent location on the left end of the power truss.

But the TCCR was re-extended in 2012 as part of troubleshooting to locate a leak in the cooling system. The leak was traced to a different component and the radiator was exonerated. Work to retract the folding panel was planned during an earlier spacewalk, but a variety of factors forced the astronauts to leave it extended.

“The reason why we’re retracting this radiator is it’s not in use anymore, it’s fully extended and kind of exposed to the external environment and susceptible to any orbital debris or damage that may come its way,” said flight director Zeb Scoville. “It’s one of our high priority spares, we really want to be able to get it retracted and covered up so we can count on it in the future should the need arise.”

Using a power tool, Williams plans to drive the radiator’s retraction mechanism while Rubins monitors the operation from just outboard of the panel. The spacewalkers then will tighten four cinches to lock the panel in place and cover it with protective insulation.

With their primary goal complete, the astronauts will move inboard along the left-side truss assembly. Williams will install a replacement camera light and then a high-definition television camera. A second camera may be installed later if time is available.

“The main interest in these cameras is that it’ll allow us to get really, excellent high-res imagery of the Soyuz vehicles that the crew uses to return (to Earth) at the end of their increments,” Scoville said. “This allows us to get a good inspection of them and make sure they’re in top shape for crew safety.

“In addition … there’s going to be some great opportunities for Earth observation as well as inspections of the rest of station. I’m really expecting to see some just fantastic imagery coming out of these cameras.”

While Williams is installing the first camera on a stanchion mounted on the Earth-facing side of the port power truss, Rubins will inspect the station’s left-side solar array rotary mechanism.

The massive solar alpha rotary joints, or SARJs, allow the station’s outboard solar arrays to rotate like giant paddle wheels to track the sun. Sensors have detected slight vibrations near the port-side mechanism and Rubins will inspect three support struts to make sure all three are tightly bolted in place. She also will look inside the mechanism itself to make sure the drive gear is properly lubricated.

“In the past, we saw pretty significant vibrations on our starboard (right-side) truss rotary joint,” Scoville said. “When (an earlier) crew did inspections, they found some significant damage on the bearing ring and the gear ring that rotates that joint. The crew resolved it by laying down a substantial amount of grease to lubricate that and prevent seizure of that gearing.”

In this case, Scoville said, “we are seeing some small vibrations” with the port-side SARJ, “not nearly at the level of magnitude that we saw in the past. … This is much smaller magnitude. It’s really a long-term life issue we’re trying to protect here. We think it may be associated with these struts we’re going to bolt down.”

Once that work is complete, Rubins will pull back insulation over a storage area on the truss to permit future robot arm operations to remove failed components that are stored there.

As with all spacewalks, flight controllers have a list of “get-ahead” tasks that may be carried out if time is available. The list currently includes installation of a second high-definition camera, locking down brake handles on a spacewalk equipment cart and carrying out a photo survey of a high-energy physics experiment on the right side of the power truss to find out if additional insulation might improve cooling.

This will be the final spacewalk for 2016. Two EVAs to install replacement solar array batteries, originally planned for October, are on hold pending work to fix problems with the Japanese HTV cargo ship needed to carry them to the station. That flight now is on hold until at least December. 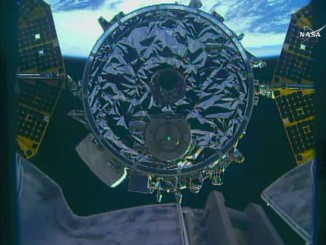 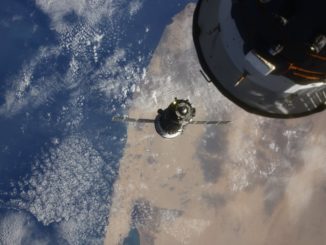 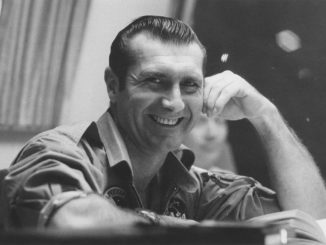