The Jielong 1, or Smart Dragon 1, rocket delivered three small satellites into polar orbit after lifting off from the Jiuquan launch base in the Inner Mongolia region of northwest China, according to the China Academy of Launch Vehicle Technology, or CALT.

Four rocket motors fired in succession as the Jielong 1 booster flew south from Jiuquan. CALT said the Jielong 1 rocket placed its three satellite payloads into orbit, and Chinese officials hailed the mission as a success.

One of the microsatellites, owned by a Beijing-based company named Qiansheng Exploration Technology Co. Ltd., weighed around 140 pounds (65 kilograms) at the time of launch. The spacecraft hosts an Earth-imaging instrument with a resolution of less than 6.6 feet (2 meters), could pave the way for a fleet of Earth-observing satellites from Qiansheng.

The Jielong 1 rocket was developed by China Rocket Co., Ltd., a subsidiary of CALT, a government-owned enterprise. CALT builds most of China’s workhorse Long March rocket family, which includes the country’s oldest and most-flown launchers.

In a statement after Saturday’s launch, which Chinese officials did not publicize in advance, CALT said the Jielong 1 rocket measures 64 feet (19.5 meters) tall and nearly 4 feet (1.2 meters) in diameter. At takeoff, the rocket weighs around 51,000 pounds, or 23.1 metric tons.

The new rocket can lift up to 440 pounds (200 kilograms) of payload into a 310-mile-high (500-kilometer) sun-synchronous orbit, according to CALT.

The Jielong 1 rocket is the fourth new Chinese solid-fueled smallsat launcher to debut in the last 10 months. All have roughly the same carrying capacity to low Earth orbit.

A Chinese startup named i-Space became the first private firm in China to launch a rocket into orbit July 25, when it launched the Hyperbola 1 booster and several small satellites from Jiuquan.

A company named OneSpace failed in an orbital launch attempt in March, and a rocket launched by another firm named LandSpace also faltered before reaching orbit last October.

“We plan to make another launch at the end of this year in the Jiuquan center,” said Tang Yagang, president of China Rocket Co. Ltd., in an interview broadcast by Chinese state media. “Next year, we are going to make perhaps five launches. All the six launches have been booked by clients.”

CALT said it took less than 18 months to ready the first launch of the Jielong 1 rocket, which started development in February 2018. The Jielong 1 rocket borrowed “mature” propulsion technologies and design techniques to control technical risks during development, according to CALT.

Customers can book a Jielong 1 launch just six months ahead of time, and teams can ready a Jielong 1 rocket for liftoff in just 24 hours, Chinese officials said.

CALT said the target price for a Jielong 1 launch is roughly $30,000 per kilogram. For a full 200-kilogram load, that is equivalent to around $6 million, but the total price could be lower because most rockets launch at less than full capacity. 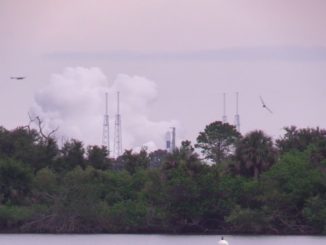 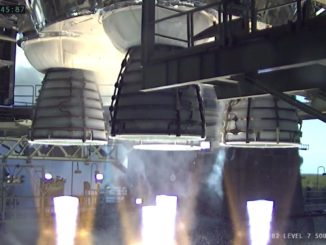 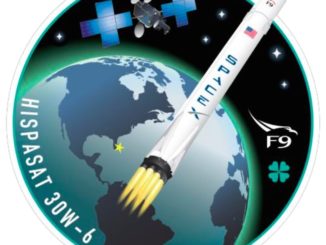