Poised to loft a Russian-German X-ray astronomy observatory into space Friday, a Proton rocket returned to its launch pad Tuesday at the Baikonur Cosmodrome in Kazakhstan after a three-week delay to replace a drained battery on the vehicle.

The Proton rocket departed its assembly building at Baikonur early Tuesday and rode a specialized rail car to its launch pad at Complex 81, where a hydraulic lift raised the launcher vertical and a mobile gantry moved into position around the vehicle for final checkouts.

Liftoff is set for 1231 GMT (8:31 a.m. EDT) Friday to begin a two-hour launch sequence, during which the Proton’s three-stage booster and Block DM upper stage will send the Spektr-RG X-ray observatory toward an observing post nearly a million miles (about 1.5 million kilometers) from Earth.

The mission was previously scheduled to launch June 21, but Russian officials delayed the liftoff after discovering a battery used to power systems on the Spektr-RG spacecraft during the launch was inadvertently activated during preflight preparations.

The early activation drained the battery on the Block DM upper stage, and ground crews had to return the Proton launcher back to its assembly building to replace the power source.

The 5,980-pound Spektr-RG spacecraft is heading for an orbit around the the L2 Lagrange point, a gravitational balance site about a million miles from the night side of Earth. That position affords uninhibited views of the cosmos for Spektr-RG to begin a four-year all-sky survey in X-ray light, during which the mission’s two instruments will scan the complete sky eight times.

By the end of its all-sky survey, Spektr-RG could discover millions of new X-ray sources, according to Mikhail Pavlinsky, the mission’s lead scientist from IKI, the Space Research Institute of the Russian Academy of Sciences.

Astronomers will use Spektr-RG to detect X-ray emissions from throughout the universe, searching for distant clusters of galaxies to help scientists unravel the mysteries of dark energy, the unseen force causing the universe to expand at faster speeds.

Astronomers at the Max Planck Institute for Extraterrestrial Physics, or MPE, in Germany head up the eROSITA telescope, an instrument consisting of seven individual mirror modules.

“If you have an unbiased look at the whole sky, you have a potential for detections,” said Peter Predehl, head of the eROSITA science team at MPE. “We don’t know what we will see in the end. On the other hand, we designed the instrument for a specific reason, and this is in order to detect 100,000 clusters of galaxies, and that goes into the direction of (studying) dark energy.”

Clusters of galaxies are the largest known structures in the universe, and charting their position will help astronomers unravel what is driving the universe to grow at a faster rate over time.

Scientists are not sure what constitutes dark energy, if it has been constant throughout the history of the universe, or if its influence will fade with time. Astronomers expect Spektr-RG will add to their understanding of the mysterious force.

After the four-year all-sky survey, Spektr-RG will begin a two-and-a-half-year campaign of pointed observations to study specific targets in the sky. 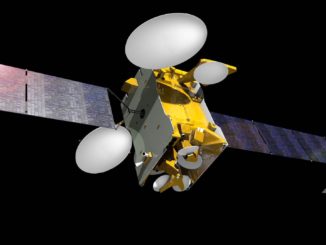 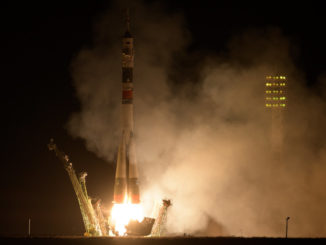