In a head-spinning tweet, President Trump blasted NASA on Friday for its plan to return to the moon, a plan set in motion during a 2017 White House ceremony he presided over, and forcefully endorsed in March on the president’s behalf by Vice President Mike Pence, chairman of the revitalized National Space Council.

“For all of the money we are spending, NASA should NOT be talking about going to the Moon – We did that 50 years ago,” the president said Friday. “They should be focused on the much bigger things we are doing, including Mars (of which the Moon is a part), Defense and Science!”

For all of the money we are spending, NASA should NOT be talking about going to the Moon – We did that 50 years ago. They should be focused on the much bigger things we are doing, including Mars (of which the Moon is a part), Defense and Science!

NASA has long viewed human missions to Mars as the agency’s long-range goal, but senior management, backed by earlier guidance from the administration, strongly favors sending astronauts back to the moon first to gain experience and test the technologies needed to eventually reach the red planet.

NASA Administrator Jim Bridenstine, in a presumed effort to smooth over signs of discord, tweeted late Friday the agency already has an active Mars research program. NASA currently operates three orbiters and two Mars landers – InSight and the Curiosity rover – with another expensive rover set for launch in 2020 that will search for signs of past life. It also will carry a small, experimental helicopter to test the viability of martian aircraft.

“As @POTUS said, @NASA is using the Moon to send humans to Mars!” Bridenstine tweeted. “Right now, @MarsCuriosity and @NASAInSight are on Mars and will soon be joined by the Mars 2020 rover and the Mars helicopter.”

As @POTUS said, @NASA is using the Moon to send humans to Mars! Right now, @MarsCuriosity and @NASAInSight are on Mars and will soon be joined by the Mars 2020 rover and the Mars helicopter. pic.twitter.com/Br1sTYfNzd

In any case, the president’s comments were at odds with the administration’s previously stated space policy.

During a March 27 meeting with NASA managers and aerospace officials at the agency’s Marshall Space Flight Center in Huntsville, Alabama, Pence said the Trump administration was ordering NASA to send astronauts back to the moon by 2024, four years earlier than had been planned.

The administration already had established a return to the moon as the focus of NASA’s deep space exploration program in Space Policy Directive No. 1, signed by the president during a White House ceremony on Dec. 11, 2017.

“The directive I am signing today will refocus America’s space program on human exploration and discovery,” President Trump said at the time. “It marks a first step in returning American astronauts to the moon for the first time since 1972, for long-term exploration and use. This time, we will not only plant our flag and leave our footprints — we will establish a foundation for an eventual mission to Mars, and perhaps someday, to many worlds beyond.”

NASA subsequently began refining long-range plans to assemble a mini space station called Gateway in orbit around the moon in the mid 2020s and to return astronauts to the lunar surface by 2028.

During his March speech at Marshall, Pence said that “after years of cost overruns and slipped deadlines, we’re actually being told that the earliest we can get back to the moon is 2028. … Ladies and gentlemen, that’s just not good enough. We’re better than that.”

With 2024 the new target for “boots on the moon,” the Trump administration added $1.6 billion to NASA’s 2020 budget request on May 13. At that time, the president tweeted “we are restoring @NASA to greatness and we are going back to the Moon, then Mars. I am updating my budget to include an additional $1.6 billion so that we can return to Space in a BIG WAY!”

When the budget request was added, Bridenstine said the additional money represented “a down payment on NASA’s efforts to land humans on the moon by 2024. In the coming years, we will need additional funds. But this is a good amount that gets us out of the gate in a very strong fashion and sets us up for the future.” 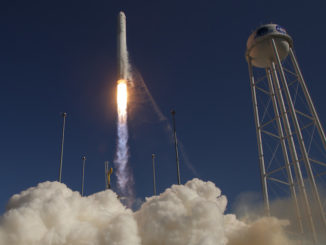 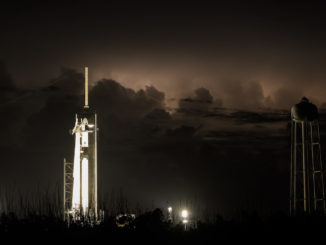 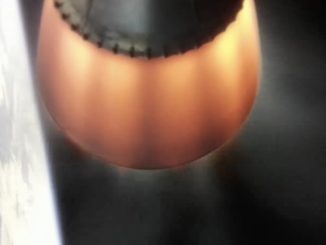