Opening a new era in American spaceflight, a Falcon 9 rocket streaked into space early Saturday, boosting the company’s first Crew Dragon spacecraft into orbit on an unpiloted test flight, the first launch of a commercially developed capsule intended to carry astronauts to and from the International Space Station.

Lighting up the deep overnight sky for miles around, the rocket’s nine first stage engines ignited and throttled up to full thrust at 2:49 a.m. EST (GMT-5), generating 1.7 million pounds of thrust and quickly thundering skyward from launch complex 39A at the Kennedy Space Center.

Trailing a long jet of brilliant exhaust, the 215-foot-tall rocket smoothly accelerated as it shot away to the northeast, climbing directly into the plane of the International Space Station’s orbit. The lab complex passed over Florida 26 minutes before liftoff and was sailing 258 miles above Iraq at the moment of launch.

Looking on 3.2 miles from the launch pad in the SpaceX launch control room were astronauts Douglas Hurley and Robert Behnken, who plan to be aboard the next Crew Dragon when it takes off on the program’s second test flight in the mid-summer timeframe. That will be the first launch of American astronauts aboard a U.S. rocket since the shuttle program ended in 2011.

“I can’t begin to explain to you how exciting it is for a test pilot to be on a first flight of a vehicle,” Hurley, a shuttle veteran and former Marine Corps F/A-18 test pilot, told reporters before launch. “We’ll be ready when SpaceX and NASA are ready for us to fly it.”

That will depend on how the unpiloted Crew Dragon does this week during the Commercial Crew Program’s initial launch, a flight intended to thoroughly test the spacecraft’s myriad systems before trusting it to carry astronauts.

Along with enduring the rigors of launch, the capsule must autonomously rendezvous and dock with the space station early Sunday and then return to Earth Friday with a hypersonic plunge back into the atmosphere and splashdown in the Atlantic Ocean east of Cape Canaveral.

“Eventually, we’re going to do a launch abort test as well. And then depending on how all of these tests go, we want to launch American astronauts on American rockets from American soil for the first time since the retirement of the space shuttle (in 2011).”

While many hurdles remain before that goal is achieved, Elon Musk, founder and chief designer at SpaceX, said he was relieved the mission got off to such a trouble-free start, with all of the capsule’s major systems operating normally after the climb to orbit.

“I’d like to express a very strong note of appreciation to the SpaceX team,” he said at a post-launch news conference. “It’s been 17 years to get to this point, from 2002 to now, an incredible amount of hard work and sacrifice from a lot of people to have gotten to this point.

“To be frank, I’m a little emotionally exhausted. That was super stressful, but it worked, so far. We have to dock with the station, we have to come back, but so far, it has worked. We’ve passed some of the riskiest items.”

In a post-launch tweet, Bridenstine said the flight marked “a new chapter in American excellence, getting us closer to once again flying American astronauts on American rockets from American soil. Congratulations to the @SpaceX and @NASA teams for this major milestone in our nation’s history.”

The mission got off to a spectacular start, thrilling thousands of tourists and area residents expected to gather along Florida’s “Space Coast.”

The first stage engines powered the Falcon 9 out of the thick lower atmosphere, shutting down about two-and-a-half minutes after liftoff. The stage then fell away and headed for landing on an off-shore droneship while the single engine powering the Falcon 9’s second stage continued the Crew Dragon’s climb to orbit.

The second stage engine shut down about nine minutes after launch, about a minute before the first stage settled to a pinpoint landing on the “Of Course I Still Love You” droneship, chalking up SpaceX’s 35th successful booster recovery.

A few moments later, the Crew Dragon capsule was released from the second stage, kicking off an automated 27-hour rendezvous with the space station.

If all goes well, the stubby capsule, carrying about 400 pounds of supplies and an instrumented astronaut test dummy nicknamed Ripley, after the heroine of the sci-fi thriller “Alien,” will catch up with the lab complex early Sunday, approaching from behind and below before looping up to a point directly ahead of the station.

ISS commander Oleg Kononenko, flight engineer Anne McClain and Canadian astronaut David Saint-Jacques will be standing by inside the outpost, closely monitoring the Crew Dragon’s trajectory and velocity to make sure it is performing as expected. They also plan to send commands to verify a station crew can abort an approach if necessary.

Once all of that is complete, the spacecraft will move in for a docking at the station’s forward port around 6 a.m. as the two vehicles pass over the Pacific Ocean northwest of Samoa at nearly five miles per second. Hatches will be opened about two hours later.

The ship will remain attached to the station until next Friday when it will undock, fire its braking rockets and head for a splashdown in the Atlantic Ocean 230 miles east of Cape Canaveral. Recovery crews will be stationed nearby to haul the capsule back to shore for extensive post-flight inspections.

A successful test flight, along with a critical in-flight test of the Falcon 9/Crew Dragon launch abort system in April, will help pave the way toward the first piloted test flight in the mid-July timeframe, ending an eight-year hiatus in NASA’s human space launch capability.

“This is an invaluable exercise for us to learn in the space environment how these systems will be working, and then making sure that these systems are ready to go for when we’re going to put our crews on,” Kathy Lueders, manager of NASA’s Commercial Crew Program, told reporters Thursday. “We instrumented the crap out of this vehicle.”

The Commercial Crew Program is the end result of a series of NASA-funded industry competitions in the wake of the shuttle’s retirement to develop a new American spacecraft to carry astronauts to and from low-Earth orbit.

NASA has awarded Boeing multiple contracts totaling $4.82 billion to develop a commercial crew ship now known as the CST-100 Starliner, a capsule that will launch from the Cape Canaveral Air Force Station atop a United Launch Alliance Atlas 5 rocket.

SpaceX also won a series of contracts totaling some $3.1 billion to date to develop a piloted version of the company’s Dragon cargo ship. The company holds a separate cargo contract valued at $3.04 billion for 20 space station resupply flights and another contract for an unspecified amount for at least six additional flights through 2024.

The NASA commercial crew contracts required both companies to provide funding of their own.

The Crew Dragon and CST-100 Starliner both will carry supplies and four astronauts at a time to the space station and both will approach the lab from directly ahead or above, docking at recently modified ports at the front end of the complex. The Starliner will return to a touchdown in the western United States while the Crew Dragon splashes down in the Atlantic Ocean east of Cape Canaveral.

Boeing plans to launch its CST-100 Starliner on an unpiloted test flight in the April-May timeframe. Assuming the uncrewed flights go well, along with remaining tests of each company’s launch abort system, SpaceX plans to launch Behnken and Hurley aboard another Crew Dragon in the mid-summer timeframe. That mission is known as Demo 2.

Boeing’s first piloted flight, carrying a crew of three, is expected this fall. If no major problems develop, operational crew rotation flights could begin before the end of the year, ending NASA’s sole reliance on Russian Soyuz spacecraft for rides to and from the station.

But NASA is hedging its bets. The final two U.S.-contracted seats on a Russian Soyuz spacecraft will be used in July to launch NASA astronaut Drew Morgan and Italian astronaut Luca Parmitano. NASA managers are exploring an option to buy two more Soyuz seats, one for use this fall and another next spring.

That would ensure American-sponsored astronauts in orbit aboard the station through most of next year even if the commercial crew program runs into major problems or delays in the test program. 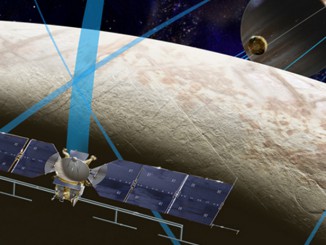 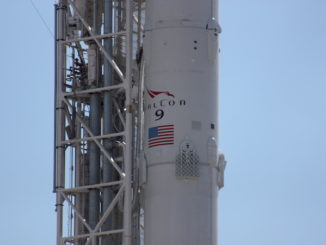 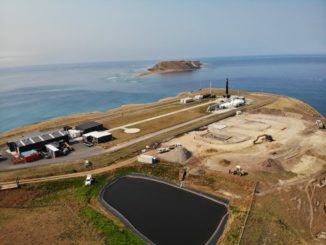