The new PSLV configuration which successfully debuted Jan. 24 is designated the PSLV-DL, joining the PSLV-Core Alone and PSLV-XL variants in India’s launcher inventory. Two solid rocket boosters, each packed with around 12.2 metric tons — more than 26,000 pounds — of solid propellants, augmented the thrust from the PSLV’s solid-fueled core stage motor during the first 70 seconds of the flight.

The Jan. 24 mission delivered the Indian military’s Microsat-R Earth-imaging satellite to an unusually low orbit around 170 miles (274 kilometers) above Earth, then the PSLV’s fourth stage reignited to raise its altitude. The upper stage hosted a small student-built experiment on-board in a demonstration for future flights, which could utilize the PSLV fourth stage as a payload platform after the rocket deploys its satellite into orbit.

The photos posted below show the PSLV on the First Launch Pad at Sriharikota, followed by liftoff of the rocket, including views of insulation panels falling away from the launcher, as designed. 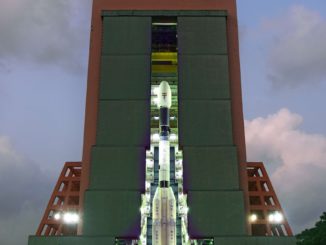 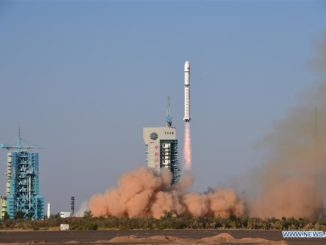 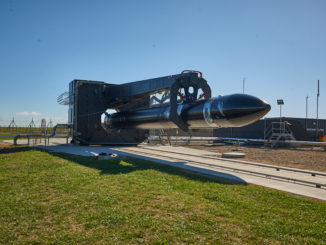 Electron test launch from New Zealand could happen this weekend