The primary payload on the flight was an Indian military Earth observation satellite named Microsat-R. But a major objective of the launch was to demonstrate using the PSLV’s fourth stage as an experiment base in orbit after deploying the Microsat-R spacecraft.

On previous PSLV missions, the liquid-fueled fourth stage was deactivated after finishing its satellite deployment sequence. Most other rockets do the same, either leaving their spent rocket stages in orbit or deorbiting them to burn up in Earth’s atmosphere.

The Indian Space Research Organization, India’s national space agency, said the fourth stage on Thursday’s launch carried a payload developed by Indian students named  Kalamsat. The tiny payload weighs only a couple of pounds and was planned to only be active around 15 hours after the launch before its batteries are drained, but future PSLV upper stages could include solar panels to generate electricity for longer experiment durations.

Developed by a Chennai-based organization named Space Kidz India, the Kalamsat payload uses commercial off-the-shelf computer and communications systems and will broadcast data to Earth from the PSLV upper stage. A precursor experiment from Space Kidz India launched on a NASA-sponsored suborbital sounding rocket flight to space from Wallops Island, Virginia, in 2017.

Thursday’s mission was also the first to use a new configuration of India’s Polar Satellite Launch Vehicle with two strap-on boosters. Previous PSLV flights used no boosters or flew with six motors to provide extra thrust at liftoff.

The new rocket configuration, named the PSLV-DL, will give Indian officials an intermediate option to fly the rocket with fewer boosters if a mission does not need the full lifting performance of six strap-on motors, a measure that adds flexibility for ISRO managers and could save money.

The PSLV’s solid rocket boosters burn around 12.2 metric tons — more than 26,000 pounds — of pre-packed solid propellant in the first 70 seconds of the flight, then jettison from the rocket’s core stage to fall into the Bay of Bengal.

Each booster stands 39 feet (12 meters) tall and measures around 3.3 feet (1 meter) in diameter, generating approximately 158,000 pounds of thrust. With two boosters supplementing the PSLV’s solid-fueled core stage, the PSLV-DL fired off the launch pad with around a million pounds of thrust.

Heading on an initial track southeast from Sriharikota, the twin boosters separated around 70 seconds after liftoff, and the PSLV’s first stage burned out and jettison at T+plus 1 minute, 49 seconds, followed immediately by ignition of the rocket’s liquid-fueled second stage. The second stage’s Vikas engine, consuming hydrazine and nitrogen tetroxide, produced around 180,000 pounds of thrust for a two-and-a-half minute burn, during which the PSLV’s payload shroud released in a clamshell-like fashion once the launcher reaches space.

After bending its trajectory toward the south to bypass an overflight of Sri Lanka, the PSLV fired its solid-fueled third stage next, followed by ignition of the twin-engine fourth stage — also burning hydrazine — at T+plus 8 minutes, 18 seconds.

The fourth stage, known as the PS4, shut down at T+plus 12 minutes, 46 seconds, and deployed the Microsat-R spacecraft at T+plus 13 minutes, 33 seconds. ISRO officials confirmed the successful deployment of Microsat-R.

The Hindu, an English-language newspaper in India, reported the Microsat-R satellite comes from the Defense Development and Research Organization — DDRO — the research and development agency of the Indian military. The roughly 1,631-pound (740-kilogram) satellite was to be deployed in an unusually-low orbit around 170 miles (274 kilometers) above Earth, the Hindu reported.

ISRO provided no details about Microsat-R in a press kit released before the launch, other than to describe it as an “imaging satellite.”

Microsat-R separated in an orbit inclined around 96.6 degrees to the equator, according to the ISRO press kit.

Two additional burns by the PS4 fourth stage engines, each programmed to last around 15 seconds, were planned approximately 54 minutes and 1 hour, 40 minutes, after liftoff to raise the rocket’s orbit to an altitude of 279 miles (450 kilometers) at an inclination of 98.8 degrees. In that orbit, the fourth stage was to begin its mission as an experiment platform with the Kalamsat payload.

Thursday’s launch marked the 46th flight of a Polar Satellite Launch Vehicle since 1993. All but two of the launches have been successful. 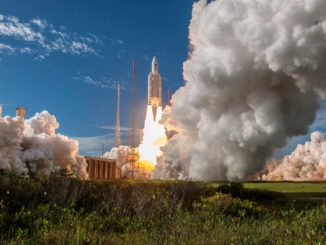 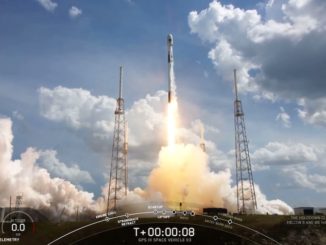 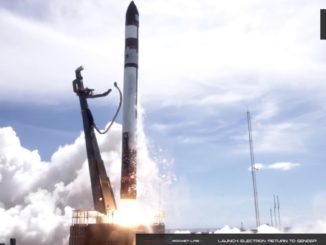