SpaceX’s latest Starship prototype, on its launch pad in South Texas, is ready for the rocket’s most daring test flight yet.

The 160-foot-tall (50-meter) rocket prototype is ready to launch to an altitude of around 41,000 feet (12.5 kilometers) over SpaceX’s Starship development facility at Boca Chica, Texas, near Brownsville.

This Starship test vehicle, designated SN8, will be the first to fly with three methane-fueled Raptor engines and with aerodynamic surfaces, such as actuating flaps. SpaceX will aim to bring the autonomous rocket back to the ground with a controlled vertical landing on a pad just east of the launch site on the Texas Gulf Coast.

SpaceX says future operational Starships, when launching on top of a massive Super Heavy booster, will be fully reusable and capable to ferrying people to the moon, Mars, and other destinations in deep space.

Read our full story for details on the high-altitude test flight. 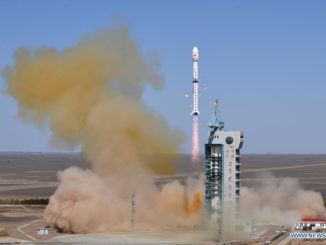 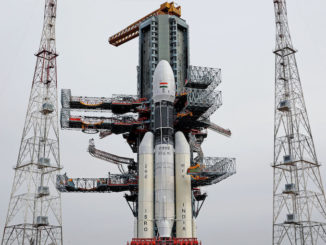 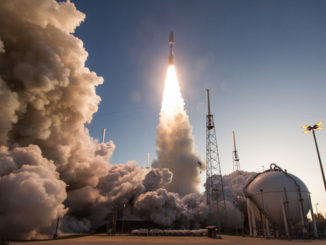 Photos: A look back at last weekend’s Atlas 5 launch