A Chinese communications satellite heading for geostationary orbit more than 22,000 miles over the equator lifted off Thursday from the Xichang space base in southwestern China aboard a Long March 3B rocket on the first space launch of 2019.

The Zhongxing 2D, or Chinasat 2D, communications satellite took off on top of the Long March 3B rocket at 1711 GMT (12:11 p.m. EST) Thursday, according to the China Academy of Launch Vehicle Technology, or CALT, the country’s top state-owned rocket manufacturer.

The 184-foot-tall (56-meter) Long March 3B rocket is a three-stage launcher with four strap-on liquid-fueled boosters. The launch vehicle headed east from the Xichang space center in Sichuan province and deployed the Zhongxing 2D communications satellite into an elliptical transfer orbit ranging in altitude between 128 miles (207 kilometers) and 22,241 miles (35,794 kilometers) above Earth, with an inclination of 27.1 degrees to the equator.

The satellite will use its own propulsion to maneuver into a circular orbit nearly 22,300 miles (35,800 kilometers) over the equator in the next few weeks, where its velocity will keep pace with the Earth’s rotation, giving it a fixed geographic coverage zone.

Zhongxing 2D is likely based on the DFH-4 satellite design produced by the China Academy of Space Technology, another government-owned contractor in the Chinese space program. Thursday’s launch was not announced in advance, other than the release of warnings to pilots of an impending unspecified rocket launch, and no further details about the satellite’s design or mission were released. Zhongxing 2D joins previous communications satellites in the Zhongxing/Chinasat line that likely provide services to the Chinese military, and the craft launched Thursday could have a similar military mission.

Thursday’s launch was the first orbital mission worldwide, and for China, in 2019. China launched 39 space missions last year, a record pace for the Chinese space program, and more than any other country in 2018, but officials have not yet disclosed how many launches are planned from China in 2019. 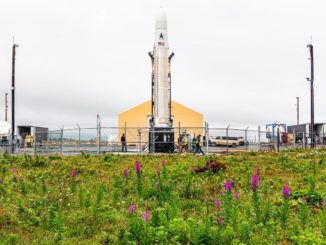 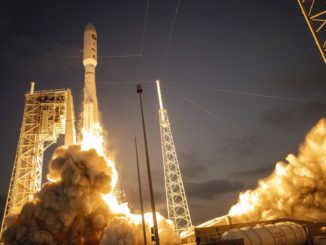 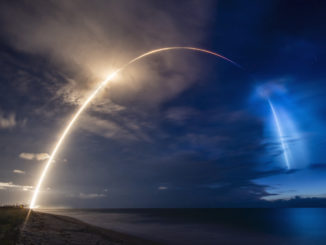