SpaceX rolled out the company’s first space-worthy Crew Dragon spacecraft and its Falcon 9 launcher to pad 39A at NASA’s Kennedy Space Center in Florida for the first time Thursday, beginning a series of fit checks before the commercial spaceship takes off on its first orbital test flight.

Shrouded in off-and-on fog, the Falcon 9 rocket and Crew Dragon capsule emerged from SpaceX’s hangar at the southern perimeter of launch pad 39A shortly after 7 a.m. EST (1200 GMT) Thursday for the quarter-mile trip up the ramp to the former Saturn 5 and space shuttle launch complex. The rocket was raised vertical just before 5:30 p.m. EST (2230 GMT).

Spaceflight Now members can watch a live view of launch pad 39A at NASA’s Kennedy Space Center in Florida. Become a member today and support our coverage.

The first of two Crew Dragon orbital test flights could take off later this month — without astronauts on-board — on a trek to the International Space Station. If the test flight — named Demo-1 — and an abort test in the coming months go well, SpaceX could be ready to launch a pair of NASA astronauts to the space station on a second demonstration flight by the middle of the year.

NASA is paying SpaceX $2.6 billion to develop the Crew Dragon spacecraft, conduct the two test flights, and begin regular crew rotation missions to the space station, perhaps as soon as late this year. Boeing is working on its own human-rated commercial spacecraft, named the CST-100 Starliner, under a $4.2 billion contract with NASA for missions that will blast off on United Launch Alliance Atlas 5 rockets.

NASA’s commercial crew program is aimed at restoring U.S. human spaceflight capability to low Earth orbit for the first time since the space shuttle’s retirement in 2011, ending the agency’s reliance on Russian Soyuz spacecraft to send astronauts to and from the space station.

The most recent official target launch date for SpaceX’s Crew Dragon Demo-1 flight released by NASA was Jan. 17. But that launch date was announced last month, and the Demo-1 mission’s launch is now widely expected some time after Jan. 17.

A funding lapse affecting many U.S. government agencies, including NASA, could further delay the start of commercial crew test flights. NASA officials are responsible for numerous safety and certification reviews of the SpaceX and Boeing crew capsules before the test flights can go ahead, including evaluations of technical issues — such as parachute problems — faced by both companies.

Nevertheless, Thursday’s rollout of the Falcon 9 rocket with the Crew Dragon spacecraft is a visible milestone for SpaceX and NASA. Activities planned at pad 39A in the coming weeks are expected to include fueling demonstrations and a test-firing of the Falcon 9’s first stage engines.

SpaceX has outfitted pad 39A for crew launches in recent months, including the installation of a crew access arm for astronauts to board the company’s capsule on top of the Falcon 9 rocket. The crew access arm is also expected to be exercised in the coming weeks with the Crew Dragon spacecraft at the pad. 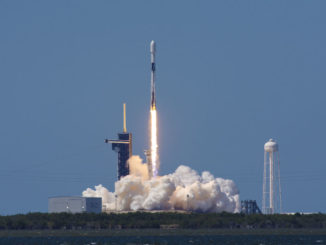 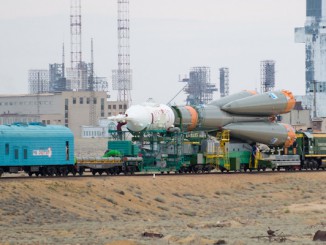 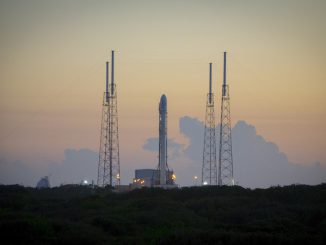